napoleon shot the nose off the sphinx
they broke the noses off the statues to hide their creators’ race
they broke the noses off to deactivate the statues’ supernatural powers
napoleon overcompensated for his lack of height
napoleon sought power war conquest
napoleon got a complex in his name
western psych (read: sike!) wants you to think it was because of his height
but really, it’s because he was white 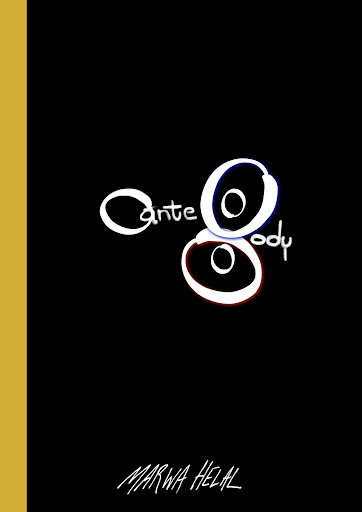 I’m absolutely fascinated by the delightfully-complex chorus of Marwa Helal’s second full-length poetry title, Ante body (New York NY: Nightboat Books, 2022), a follow-up to her debut, Invasive species (Nightboat Books, 2019). “Born in Al Mansurah, Egypt,” her author biography offers, and currently living “everywhere,” Helal’s Ante body writes gymnastically around the remixed borders of language, colonial drift, theory and memory, composing fragments into a layered text of overlapping and repeating image and sound, less a collage than a series of steps in sequence that write on crisis and in unison. “the apocalypse isnt loud explosions,” she writes as part of the opening section, “ante matter,” “it is / wearing headphones and avoiding eye / contact as we endlessly scroll into an / abyss wearing polo shirts marked // STAFF driving each other from gig to / gig in ubers vias and lyfts while we take / deep drags out of vape pens /// this future would have been prevented / had we all read fanon [.]” Helal writes out a complex examination on colonial impact, immigration and conflict, riffing on politics, gender and culture, offering: “what is a man without patriarchy? who / decides if the sacrifice was worth it? / the one being sacrificed for or the one / doing the sacrificing? or is it the one / being sacrificed? if so, how have you / participated in your own //////// objectification?” Helal offers a lyric mix and remix around agitation, humour and tilt, writing out a solid layering of sound and language; and even, at one point, an ambient play on the abecedarian. Or, as the opening poem offers:

why I so wise

it wasnt so much a doubled consciousness, but more akin to a doubled gaze. i didnt leave my body when it would happen. but it was like i could see myself seeing them see me. and i must admit, i got a rise out of it: their feelings of insecurity. they were so obviously intimidated by the work they knew they could never do. and would never be able to make. this is how beasts are made.