In my relapse dreams I am in Vancouver,

the line for the bathroom a Möbius strip
of disinterested friends

The important part of dream
is that I wake up clean

& drenched in sweat (“THE BIG ONE: FIELD NOTES”)

Poet and editor Sachiko Murakami’s fourth full-length poetry collection is Render (Vancouver BC: Arsenal Pulp Press, 2020), a lyric of nerve and raw emotion, writing out “a searing exploration of addiction, recovery, and trauma.” Her title suggests the paired ideas of depicting and tearing apart, which this book very much is, a depiction of something immediately after being torn to shreds, and the slow process of picking up and thoughts of reassembly. The rawness here propels much of the collection, one that jokes and shrugs and rails while radiating trauma and anxiety. “Death can’t find her in the back of the closet.” she writes, as part of the sequence, “THANATOPHOBIA 1,” a title that translates to a “fear of death.” “Just kidding! Death can find her / anywhere.” This book flails and disseminates, moving through an articulation of rawness through lyric as a way to, perhaps, slog and slough through to the other side of recovery. “I loved him more than I loved poetry.” she writes, to open “TWO TRUTHS AND A LIE.” “I loved cocaine more than I loved poetry. / When I told him I loved him, I meant I love you more than cocaine.” Through Murakami, the question is posed: by depicting and articulating trauma, can this exist as worthwhile art? Can this exist as a way through which to process trauma into recovery and whatever lies beyond?

It could have ended there:

Scraping at earth as though there were a way to hell.
You keep digging because you hope
there might be a glint of violence
that will tear you open the way

God tears some open. A cut of red.
A crack in the wall. But this time
there’s nearly

no morning at all. (“BREATHER”) 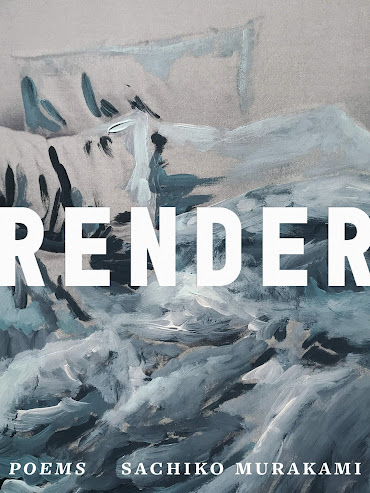 It is curious that one could say that much of Murakami’s work could be considered in the realm of “response,” something, arguably, all writing is, I suppose. Her debut collection, The Invisibility Exhibit (Vancouver BC: Talonbooks, 2008), explored Vancouver’s murdered and missing women, issues of gendered and racial violence and cultural indifference; Rebuild (Talonbooks, 2011), explored the “Vancouver Special” and issues of housing, poverty, sameness and erasure; Get Me Out Of Here (Talonbooks, 2015) worked through the idea of arrival and departure, and whether the between-state is even anything at all. As she described Get Me Out Of Here as part of a 2015 interview I did with her for Jacket2: “It’s a book about wanting to leave, really: the self, the present, the here-and-now. How does that manifest? Through self-harm, through disassociation, through love, through poetry. Airports provide a useful setting for thinking through this.”

Murakami does pull apart the elements of her life and experience associated with trauma, with loss; from her addiction to familial loss, composing poems as a series of individual studies, attempting, perhaps, to put them on paper so as to better comprehend, and thus, reduce their destructive power. Writing around the death of her father in “I RETURN TO THE ISLAND / OF MY FATHER’S CHILDHOOD,” there is an enormous amount she attempts to unpack in a short space, as the poem opens:

ready for the family cremation.
The body of the island is wrapped in dusk,

Ready for the night’s throttle.
where their burned house was, a new house.

Slip through family history, a snag in the shoulder
where the memory was: a burned memory.

In the end, Murakami writes of a spirit and a temperament that, despite whatever she may have endured and how close she has come, refuses to give up, or give in. She moves forward, almost despite herself, into that fearful future, one that still holds a trauma that has yet to relinquish its grip. The fifth and final section, “STILL HERE,” includes the sequence “STILL, HERE,” a poem that writes of pregnancy, and new directions. “Just when you think / the days are the days / and you are fully in them // this / thick film of then // settles now / as it always did [.]” Perhaps trauma never entirely leaves, but needs to be simultaneously processed and endured; perhaps the full journey has yet to be travelled, but here her narrator is, writing it out, inch by lyric inch. The poem ends: “breathe through it // just like you did before [.]”