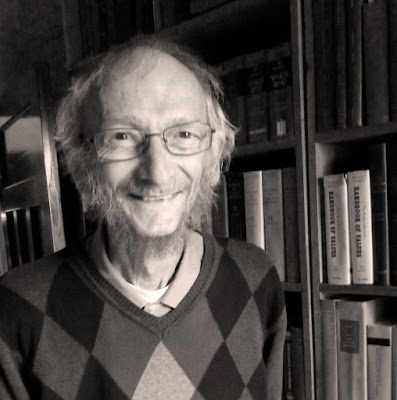 In my review of his Chewing Water (Mansfield Press, 2016) [see that here] I mentioned how Cameron Anstee has referred to Ball as “Canada’s greatest practicing minimalist poet.” Ball emerged in the 1960s in Toronto as part of an enormous wave of poets and small press editors and publishers, and his Weed/Flower magazine, which quickly flourished into Weed/Flower Press, was one of the more memorable operations throughout the period, and one that published books and chapbooks by a growing generation of exciting poets from both sides of the Canadian/American border (and occasionally beyond). Some of the authors he published included John Newlove, bpNichol, Anselm Hollo, William Hawkins and Rosemary Eckert (and if you dig through his Weed/Flower magazine, you can even find an early poem or two by Bruce Cockburn). His books and his poems and his letters and his editing were all given equal weight, and Nelson employed such a quiet and deceptive simplicity that could only emerge from a lengthy and detailed attention.

For those familiar with Ball’s work—produced over the years through numerous small press books, chapbooks, pamphlets and leaflets—his precision and timing is unmistakable, composing sublime poems that are infamous for their capacity to hold both volume and breath in such small spaces. However quiet and unassuming both he and his work might have appeared (Nelson was notoriously both deeply humble and generous), Ball’s work went on to influence multiple generations of Canadian poets, including jwcurry, Gary Barwin, Stuart Ross, Mark Truscott, Kemeny Babineau, Michael e. Casteels and Cameron Anstee, among so many, many others.

Seemingly retiring from poetry during the 1980s for the sake of bookselling (as a collector/antiquarian bookseller of literary ephemera), he reemerged to enjoy a second chapter as a poet with the publication of With Issa: Poems 1964-1971 (ECW Press, 1991), a book followed by Bird Tracks on Hard Snow (ECW Press, 1994), The Concrete Air (The Mercury Press, 1996), Almost Spring (The Mercury Press, 1999), At The Edge Of The Frog Pond (The Mercury Press, 2004) and In This Thin Rain (Toronto ON: Mansfield Press, 2012), as well as a large array of smaller publications through Apt. 9 Press, BookThug, Curvd H&z, MindWare, fingerprinting inkoperated, Letters, Rubblestone Press, above/ground press and Laurel Reed Books.

With the publication of his selected poems, Certain Details: The Poetry of Nelson Ball, selected with an introduction by Stuart Ross (Wilfrid Laurier University Press, 2017) [see my review of such here], Ball was almost in the midst of a third chapter, one that included new levels of attention (as well as the bpNichol Chapbook Award). He continued to quietly write and publish (in 2015, Niagara This Week even referred to Ball’s prior two year period as “prolific”), and even self-publish, from a new volume with Mansfield Press to small chapbooks to a volume of poems for children, each put together with careful detail. It was a chapter that coincided, as well, with his official retirement from bookselling, allowing his attention to focus, again, on the page and to the quiet spaces between so much noise that distracted, it would seem, just about everyone but him.

He was always quite kind, and he was more than kind and generous to me, having long been a supporter of and subscriber to above/ground press (he even allowed me to produce his chapbook Scrub Cedar back in March 2003). I’m sure a list of those he was generous to in similar ways would most likely be a rather comprehensive history of small poetry publishing in Canada. To reach out to him was to have him reach back.

I was only able to spend time with him once, during a visit years ago to Toronto. I had gone to see a show by his wife, Barbara, and saw a quiet man standing on one side of the room. I introduced myself, and he seemed both surprised and pleased to be recognized. He seemed like a quieter version of jwcurry, somehow; same beard, same lanky figure at the side of the room, attempting to be present but somehow invisible, taking in as much as he could.

His most recent publication appeared this past year through Cameron Anstee’s Apt. 9 Press, A Letter to Amanda Bernstein and a Checklist of Weed/Flower Press (Apt. 9 Press, 2019), something I wrote briefly about here. And, given I’m away for the weekend (caregiving my father, who has ALS), I haven’t my library around me, so I offer this poem of Nelson’s, pilfered from a review I did moons back of Stuart Ross’ Hardscrabble:

hangs
in the air

Nelson is predeceased by his wife, the artist Barbara Caruso, who died on December 30, 2009 [see my obituary for her here].

A lovely tribute and thoughtful summary.