For a few days: frost
remakes the lawn as frozen spines.

I’m stepping on small bones.
In these outlying parts

streets are named Whispering or Leaf.
I’m leashed to a small companion

who leads me from one message to another,
squats in the grass, rubs

against a hydrant’s iron neck.
I’m bundled in feathers,

the downy air, to prove
what breed of animal I am.

The curious hesitations of the short lyrics in Jehanne Dubrow’s latest poetry collection, American Samizdat (Richmond VA: diode editions, 2019), a collection of untitled lyrics “written in conversation with Zbigniew Herbert’s character of Pan Cogito, Czeslaw Milosz’s The Captive Mind, and Witold Gombrowics’s Diary,” among other influences. In a 2017 interview for American Literary Review, conducted by Sebastian Paramo, she responds:

I’ve been rereading Czesław Miłosz’s The Captive Mind—a cautionary tale of the many ways an artist can betray his own art in a politically oppressive state. I spent seven years of my childhood in Poland. I was in Warsaw when Martial Law was declared. I was there for the birth of Solidarność. I turned fourteen a few days after the Wall came down in Berlin. And what I learned from those years is that art matters. It’s not, to use a Polish word, dekoracja. It’s hope. It’s resistance. Maybe it’s a reason to keep getting out of bed every morning.

Recently, I heard Rep. John Lewis say, “We must not be silent.” Could there be better advice for any writer? 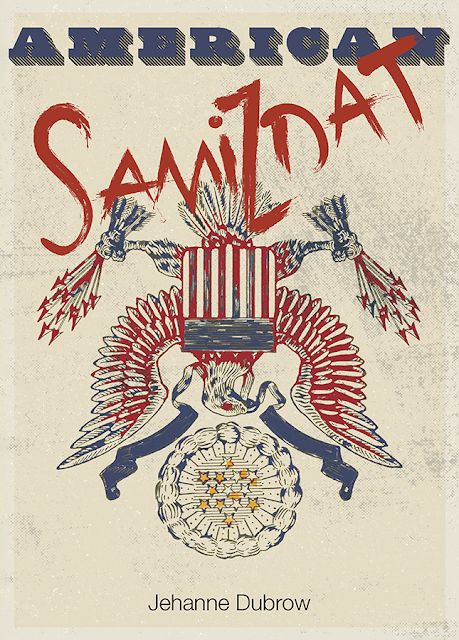 There are elements to her untitled lyrics that feel situated between two poles, between contemporary American poetry composed in English to European works in translation, setting a particular kind of lyric abstract set in a more concrete narrative (I’m thinking of works I’ve recently read in English translation from France, for example) that is also reminiscent, in certain ways, of the work of Canadian poet Phil Hall, who has worked from an influence by, among others, the French poet René Char. Hers is a politics that exists between silence and overwhelming noise, attempting to speak clearly and plainly of how one might be, and what has already begun. Between what is written, one might suggest, is the unwritten, and Dubrow articulates that particular space rather poignantly, composing a suite of poems that exist both individually and as a complete unit.

Was there really a world
before electronic birdsong

or the tome of visages we read
to learn if we’re adored.

A world before these sticks
of kindling—just rub

to find ardor within miles.
A world conveying us

on a river of belongings,
such wanting with our spiked

piranha teeth. Dear world,
is there nothing we won’t eat.