Equisetum hyemale (Rough Horsetail)
after a photograph by Karl Blossfeldt 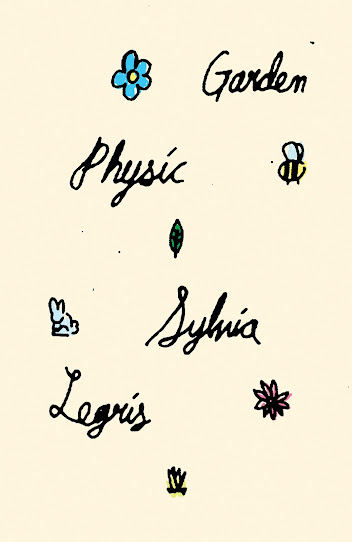 Saskatoon, Saskatchewan poet Sylvia Legris' latest, following Circuitry of Veins (Winnipeg MB: Turnstone Press, 1996), Iridium Seeds (Turnstone Press, 1998), the Griffin Poetry Prize-winning Nerve Squall (Toronto ON: Coach House Books, 2005), Pneumatic Antiphonal (New York NY: New Directions, 2013) and The Hideous Hidden (New Directions, 2016), is Garden Physic (New Directions, 2021), her second full-length collection (and third title) to appear with American publisher New Directions. Structured in four sections—“The Yard Wants What the Yard Wants,” “Where Horsetail Intersects String,” “Floral Correspondences” and “De materia Medicia”—Garden Physic is very much a space through which she examines both botanical and the lyric through the lens of language, offering the perspective of “the natural science that studies matter, its fundamental constituents, its motion and behavior through space and time, and the related entities of energy and force” (Wikipedia) on a space considered simultaneously wild, natural and domestic: the garden. The garden as a space for poets is one well-trod (perhaps through both forms, gardening and poetry, seen as meditative), with recent examples including Ottawa poet Monty Reid’s twelve-month cycle, The Garden (Ottawa ON: Chaudiere Books, 2014), Montreal poet Stephanie Bolster’s examination of formal gardens in A Page from the Wonders of Life on Earth (London ON: Brick Books, 2011) [see my review of such here], New England poet and translator Cole Swensen’s exploration on the seventeenth-century French baroque gardens designed by André Le Nôtre in Ours (University of California Press, 2008) [see my review of such here] and California poet Hazel White’s exploration of the works of landscape architect Isabelle Greene and her iconic Valentine garden in Vigilance Is No Orchard (New York NY: Nightboat, 2018) [see my review of such here]. As the latter three titles wrote directly around the Victorian ethos of the shaped wild of crafted gardens, Reid’s collection might be a more apt connector, given Legris’ attentiveness to the shape and movement of growth and seasons, articulating the language of horticulture. As the second half of Legris’ poem “Ferns and Fern Allies” offers:

The cover-copy to the collection offers a comparison to Louis Zukofsky’s 80 Flowers (Stinehour Press, 1978), and her work is long-known for its foundational influence by another of the Objectivists, Muriel Rukeyser, but I would offer, also, that Garden Physic seems akin to a lyric exploration in the veins of the botanical books that Emily Dickinson used to put together for friends and family. These are poems that approach the minutae of flora and fauna, both through the plant itself and its descriptions through language, nearly set on the page as research notes, marking and remarking on movement, growth and the unfurling of speech. If Lorine Niedecker’s “Lake Superior” emerged out of the poet absorbing a study of nature and carving out her thinking directly to the page, so, too, as Sylvia Legris writing her Garden Physic. As her short poem “Violet” reads:

A garland to rend off the dizzies.
A garland to keep the quinsy at bay.
March closes the seeded umbilicus.
April opens the musty secundina.
Equinox the half-melt rot.
Easter the thin asquintable light.

“The yard wants what the yard wants.” she writes, as part of “The Garden Body: A Florilegium.” Garden Physic is a detailed study of wildflowers and herbs composed through the lyric, citing a multitude of possibilities, and her language is densely-specific. Legris explores the Latin names and intimacies of plants, and there is something comparable to Toronto poet Kate Siklosi’s recent leavings (Timglaset Editions, 2021) [see my review of such here] in a shared approach to plant life on its own terms, from the opening poem of Legris’ collection, “Plants Reduced to the Idea of Plants,” that begins: “The flourish, the fanfare, the febrifugic feverfew. // An oleaginous emplastrum—with horehound leaf, / olive over olive, the oily parts, the dry. // An antidote for the unblessed, the blistering, / the dourly flowering flora, the corpse flora. // Greek turned Latin turned inordinately / angled and filed.” There really isn’t anyone else working this kind of study, blending scientific language through a language-centred lyric. One could cite St. Catharines, Ontario poet Adam Dickinson, for example, who works a more straightforward metaphor-driven lyric, and Toronto writer Christopher Dewdney, who was at the forefront of this kind of writing throughout the 1970s and 80s, hasn’t produced a new volume of poetry since Demon Pond (Toronto ON: McClelland and Stewart, 1994). Her third section, “Floral Correspondences,” composes, as she writes, “an entirely invented exchange” between English author and garden designer, Vita Sackville-West (1892-1962) and her husband, the British politician and writer Sir Harold George Nicolson (1886-1968). They are know for, among other things, co-designing “the celebrated garden at Sissinghurst,” and Legris’ explores a floral call-and-response that bounces through a language of gardens, including the poem “Oh Darling,” that reads:

Alas, I forbear. A capacity for waiting defines both the gardener and the
letter-writer (the growing season longer than my endurance). I throw
myself into work and diversion but progress so slowly I fear there will be
frost by the time this reaches you. snow on your salpiglossis.