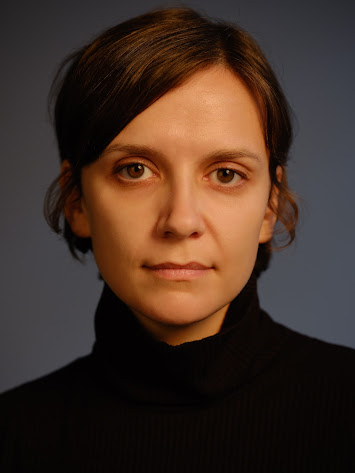 Aimee Wall [photo credit: Richmond Lam], a Newfoundland native, is a writer and translator. Her essays, short fiction and criticism have appeared in numerous publications, including Maisonneuve, Matrix Magazine, the Montreal Review of Books, and Lemon Hound. Wall’s translations include Vickie Gendreau’s novels Testament (2016) and Drama Queens (2019), and Sports and Pastimes by Jean-Philippe Baril Guérard (2017). She lives in Montreal. We,Jane is her first novel.

I don’t know that I’ve considered it in those terms or whether I am far out enough from the experience yet to see it clearly, but there was definitely something thrilling about finally feeling the little heft of a physical book. It felt like all the work I’d done over the years had led up to this thing.

I read pretty widely but it always comes back to novels. Fiction just felt like the most natural way for me to explore the questions I wanted to explore.

For We, Jane, I envisioned it as a novel from the very beginning. It was a question then of trying to wrap my brain around something that big. Sometimes it felt like trying to hold a jellyfish.

I admit to loving readings. I read aloud to myself as I’m writing so I can work toward a certain rhythm and speed, and so it’s fun to get another opportunity to sing the song you wrote, so to speak.

There are different questions at different times, and I am maybe more interested in the asking than the answering, but for We, Jane, I was thinking a lot about collectives and the desire to belong. I was also thinking about intergenerational friendships and the way we put people on pedestals and whether we ever forgive them for falling from them, and about duty and inheritance, and about obligation.

I have been thinking about this again lately, whether it is to reflect the world as it is or present something else, something new or unexpected, and probably it is some measure of both, in a balance that is ever shifting—I guess I maintain a healthy sense of uncertainty on this front.

Working with an editor was one of my favourite parts of publishing a book—it never stopped feeling like such an honour to have this smart person engaging so thoughtfully with my book, and asking interesting questions, and making suggestions, and just helping me see the novel more clearly, and ultimately make it better.

I remembering reading something once by Alexander Chee where he says something about how being too afraid of your own bad taste is a trap, and I think about that a lot.

10 - How easy has it been for you to move between genres (translation to fiction to critical prose)? What do you see as the appeal?

It’s fun to move from writing to translating and back again. Translating lets me “write” in other voices and other styles that I would maybe never take on myself as a writer, which is endlessly interesting. There’s also never a blank page in translating. But then I’m always happy to regain my own voice too.

I have a day job as a translator so I often write in the early mornings before work, and then try to steal longer sprints of time, a week or two here and there, where I can hole up and go a little deeper.

The kind of hike that’s so long you might call it a trek.

Lately I wonder how I could spend all day with a nice gang of dogs, is dog foster mom an occupation?

I don’t think I ever seriously entertained doing anything else.

I just finished the third instalment of Deborah Levy’s living autobiography, Real Estate, not long after reading her novel The Man Who Saw Everything, and both are brilliant and invigorating. For film, I recently watched Costa-Gavras’ 1969 film Z for the first time and it blew my mind.

I am putting final touches on my translation of Alexie Morin’s Open Your Heart, which will be out this fall [ed. note: this interview was conducted in the summer of 2021].