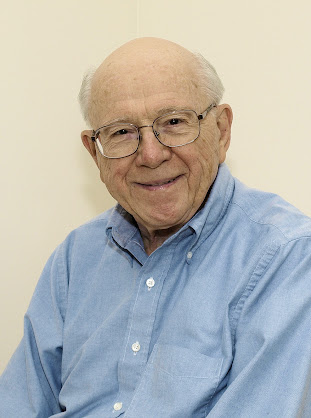 Eugene K. Garber has published seven books of fiction, most recently Maison Cristina. His fiction has won the Associated Writing Programs Short Fiction Award and the William Goyen Prize for Fiction sponsored by TriQuarterly. His awards include fellowships from the National Endowment for the Arts, the National Endowment for the Humanities, and the New York State Council of the Arts. His short fiction has been anthologized in The Norton Anthology of Contemporary Fiction (1988), Revelation and Other Fiction from the Sewanee Review, The Paris Review Anthology, and Best American Short Stories. He is the author with eight other artists of Eroica, a hypermedia fiction for web.

The first book, Metaphysical Tales, affirmed my perception of myself as a serious writer. It won the Associated Writers Award for Short Fiction and contained a lovely foreword by Joyce Carol Oates. My most recent book, Maison Cristina, continues quite definitely the element of mythography in the first book, a lifelong preoccupation. The difference may be more in variety and intensity than in any radical reorientation.

I did dabble in poetry, but it was fiction that caught my imagination when I was a teenager—southerners mostly, Thomas Wolfe, Faulkner, Eudora Welty, but also Dubliners, and Portrait of the Artist. I imagined writing something like that.

In my early days as a short story writer, after failed attempts to write a novel, the stories came quickly and were born fully fashioned. As I essayed longer fictions, rewriting and revising became more necessary. My latest novel, Maison Cristina, required three starts before getting off the ground.

Even for novel length works I have always tended to construct interrelated sections rather than lay out a long scheme—Bach vs. Mahler.

I do enjoy reading my works aloud. I have been fortunate enough to receive praise for my prose style, even though it exhibits marked changes in register. So I feel confident as a reader.

I don’t think I could be called a novelist of ideas like, say, Huxley or Richard Powers, but ideas are very important to my work. Lurking within each work, or even explicitly, is the question of what’s really out there. Have we constructed everything or is there an implacable reality out there that we always butt up against? In my latest work, Maison Cristina, the central question is this: can we fashion our reality by telling stories?

Some critic cracked about novels laden with social criticism that the novelist had sold his art for a pot of message. I do agree that “tract” novels built explicitly to convey a message are questionable. Roth has written a couple of these. My own work might be criticized for taking too little account of repeated and current malaise in our culture. I favor aesthetic values over social critique. I might even be tempted to claim that the best way to critique cultural deformity is to confront it with aesthetic power.

I have a friend, my fiction writing Double, you might say, who has the uncanny ability to penetrate my writing and show me what’s wrong. There is no other “editor” whom I trust to anything like this degree.

I always found Faulkner’s “kill all your darlings” the best advice for getting rid of sludge, self-indulgence. Odd, since he himself was hardly a spare writer.

10 - How easy has it been for you to move between genres (short stories to novels to collaborative works)? What do you see as the appeal?

As I mentioned before, I am not a long-distance runner. My longest work to date, the current Maison Cristina, is, to continue the metaphor, a relay race with the baton passed numerous times. It’s the only way really that I know how to work.

A while back I collaborated with eight other artists on a hypermedia fiction for web, Eroica. It is currently being revised for republication. It is divided into three parts—Vienna, the Amazonian basin, and a gothic house on the Hudson River. The work with the other artists was enormously invigorating and demanding. It led to the three novels of my Eroica Trilogy.

I used to write for two hours each morning—this over a period of years. Later, institutional duties required me to carve out irregular blocks of time. Now my duties as a caregiver also require stealing time when I can.

My writing gets stalled not because I lack invention but rather because I invent wrongly. I end up in a hole. I have to climb out and reimagine. I find I can do some of this reimagining at almost any slack moment, e.g., when swimming.

Home would have to be the South of my early childhood. Baking biscuits.

From time to time I find inspiration in all the other arts. I once wrote a long novel using motifs from Mahler’s Second Symphony. It was a failure but not because of the Mahler. In Maison Cristina I found inspiration in the visual arts. But McFadden is right. It is the word as beautifully deployed in the works of previous writers that is inescapable.

As a longtime student of literature, from grade school through graduate school, I have inevitably been exposed to and borrowed from a great variety of writers. A moment of freedom that has informed all my work since was reading the work of Robert Coover and understanding that literary fiction is unstable and for that very reason amenable to marvelous invention. To this day I would call myself a fabulist.

This answer would serve also as an answer to your last question below. I would like to complete a series of very short parable-like works that follow The Stations of the Cross in two very different versions: the Christian ritual usually performed during Lent and Barnett Newman’s fifteen panels entitled, formally I believe, Eli Eli lama Sabachthani. On the one hand stands the affirmation of salvation and on the other the ultimate cry of abandonment and existential suffering. I keep feeling that somewhere in the space between these two lies the very essence of human hope and human despair.

I once tried ardently to learn to play the piano. It didn’t happen. But to this day nothing can touch me as deeply as music. Recently I went to a rare performance of Benjamin Britten’s War Requiem. I warned my companion that I would be OK until it came to the “Sanctus” and then I would break down. I was right.

I can’t answer this except to say that I grew up with a mother and father and with a paternal grandmother who held literature in the highest regard. They read to me. They quoted famous passages to me. At one point my mother had to ask my grandmother to stop reading Oliver Twist to me. It was emotionally too charged.

Richard Powers’ The Overstory. Without seeming stubborn or doctrinaire, I hope, I find The Seventh Seal to be the greatest film for me. And other of Bergman’s films rank very high. I want to watch again Buñuel’s Discreet Charms of the Bourgeoisie having read a fascinating review of Thomas Ades’ opera based on the film.