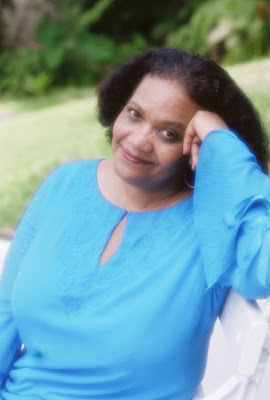 Lorna Goodison is a Canadian-Jamaican poet and the author of eight books of poetry, including Travelling Mercies, Controlling the Silver, and Goldengrove: New and Selected Poems, two collections of short stories, and an acclaimed memoir, From Harvey River: A Memoir of My Mother and Her People, which was a finalist for the Charles Taylor Prize for Literary Non-Fiction and won the B.C. Award for Canadian Non-Fiction. Goodison has received much international recognition for her fiction and poetry, including the 2019 Queen’s Medal for Poetry––the first Canadian and Jamaican to ever receive the prize. Born in Jamaica, Goodison now divides her time between Ann Arbor and Toronto.

How did your first book change your life? How does your most recent work compare to your previous? How does it feel different?
The publication of my first book, Tamarind Season, coincided with the birth of my son, Miles. I became a mother at the same time that I became a published poet. Both these events changed my life for the better, in that my maternal instincts began to filter into my poetry, and I began to see my writing as something that I needed to nurture and take care of if I wanted it to develop. I hope that I am becoming a better writer with each book I produce. It takes me a lot longer to complete a book now, and my writing process now feels slower and much more deliberate than when I started out.
How did you come to poetry first, as opposed to, say, fiction or non-fiction?
I have been known to claim that poetry chose me, not the other way around, but maybe I should not say that anymore. Perhaps I first came to poetry through the Anglican hymns-many of them written by great English poets like George Herbert, John Milton, John Keble and Christina Rossetti, that my mother would sing as she went about the house.

At school in Jamaica, every day began with the singing of a hymn. In primary school and High school we were made to memorize copious quantities of poetry, often by the British Romantic poets, William Wordsworth being a favourite of the Jamaican educational authorities. My first engagement with fiction and non-fiction came mostly through the magazines and newspapers like the Saturday Evening Post and the Daily Mirror, that my sister, who was a journalist, would bring home.
How long does it take to start any particular writing project? Does your writing initially come quickly, or is it a slow process? Do first drafts appear looking close to their final shape, or does your work come out of copious notes?
My memoir, From Harvey River, took twelve years to become a book. That is probably the longest time I have spent on any one writing project, and I produced countless drafts. More often than not, the final shape of my books looks nothing like the first drafts. I make many mental notes.
Where does a poem usually begin for you? Are you an author of short pieces that end up combining into a larger project, or are you working on a "book" from the very beginning?
A poem usually begins for me as a feeling of restlessness and unease. A sense that my mind is overloaded with ideas and images or whatever raw material poems are made of. When a line presents itself itself—not necessarily the first line, I begin to write the poem. Once or twice, I have combined shorter pieces into a larger project, but more often than not I work on a “book “from the very beginning.
Are public readings part of or counter to your creative process? Are you the sort of writer who enjoys doing readings?
I have done a great number of public readings, that is a big part of my creative process, and yes, I am the sort of writer who enjoys doing readings. I think that most Caribbean writers consider the giving of public readings an integral part of their craft.
Do you have any theoretical concerns behind your writing? What kinds of questions are you trying to answer with your work? What do you even think the current questions are?
As far as I am aware, I do not have any theoretical concerns behind my writing, except that as part of my determination to “Be myself”, I write in a mixture of standard English and Jamaican creole—which is the way I think and speak. It is not easy to do, and if I have a theoretical concern, it would be with making sure that my work does not sound as if I’m writing from middle earth.
What do you see the current role of the writer being in larger culture? Does s/he even have one? What do you think the role of the writer should be?
I am wary of saying that writers should be this or that. Maybe good writers define their roles through their work? The mantle of oracle and visionary that has rightfully fallen to Margaret Atwood through her brilliant and prophetic works like The Handmaid’s Tale, is a good example of a writer’s work defining what their role is.
Do you find the process of working with an outside editor difficult or essential (or both)?
I had the honour of working with the peerless Ellen Seligman of McClelland and Stewart on four of my books, and that process demonstrated to me how working with an ‘outside’ editor is essential. Without her expertise, those books would not have become what they became. The process was difficult, yes, but absolutely essential.
What is the best piece of advice you've heard (not necessarily given to you directly)?
The two best pieces of advice I’ve heard were given to me by my mother Doris who’d say to me whenever I told her I was off to give a reading, “Go and be yourself,” and by Jacob Lawrence, the great African American painter, who would always say to me, when I took a class with him at the School of the Art Students League in New York, “Just do the work”. Most days I get up and try to follow their advice.
How easy has it been for you to move between genres (poetry to short stories to essays)? What do you see as the appeal?
I tell myself that I prefer the writing of poetry above all other genres, and I used to feel as if I was being untrue to poetry when I found myself writing stories, then a memoir, and of late, essays. But the truth is I am at a stage of my career where I feel a remarkable sense of freedom as a writer; and since poetry will insist on inserting itself into everything I write, I am just going to go along with what is happening, a sort of rollicking rolling back and forth across genres.
What kind of writing routine do you tend to keep, or do you even have one? How does a typical day (for you) begin?
I do not have a writing routine. I often go for weeks or more without writing, and then I’ll write almost nonstop for days on end.
When your writing gets stalled, where do you turn or return for (for lack of a better word) inspiration?
I trained as a painter, and I used to turn to painting or drawing when I was not writing. These days I hardly ever paint or draw, but I do go to art exhibitions, and I spend a fair amount of time in museums wherever I find myself. I also read anything that might get me thinking, from a book of sermons by Reverend Coleman Brown, titled Our Hearts are Restless until We find Rest in Thee, to a wonderful collection of writings—across genres—by women of African descent titled Daughters of Africa, edited by my friend Margaret Busby.

But if I am writing something that is set in Jamaica, and I get really stuck, I find listening to Jamaican music, especially, “Grounation” by the Mystic Revelation of Rastafari, really helps me.
What fragrance reminds you of home?
Mint. For making mint tea, the aroma of which I inhale deeply before I drink.
David W. McFadden once said that books come from books, but are there any other forms that influence your work, whether nature, music, science or visual art?
Music—Miles Davis, Bob Marley, Mozart. The visual arts. As I have said, I trained as a painter and I am always happy when people describe my writing as “painterly”. I live with my husband Ted Chamberlin in Halfmoon Bay, British Columbia, in a house facing the Salish sea. The seals and the eagles and ravens and the occasional orca are now part of my world.

I am beyond grateful to look outside on any given day. I have begun to include more and more references to the West Coast scenery in my writing.
What other writers or writings are important for your work, or simply your life outside of your work?
The poetry of Derek Walcott, the Metaphysical poets, especially John Donne and George Herbert, The Divine Comedy, The Oxford Book of Modern Verse edited by W.B. Yeats, Paule Marshall, whose novel, Brown Girl Brownstones was the first book I read where I could completely identify with the main character. Stories by Toni Cade Bambara. Everything ever written by Alice Munro, Nadine Gordimer, Zora Neale Hurston and Toni Morrison.
What would you like to do that you haven't yet done?
Given the way the world is right now…
If you could pick any other occupation to attempt, what would it be? Or, alternately, what do you think you would have ended up doing had you not been a writer?
Had I not been a writer, I’d have worked to become a good painter. But I think of myself as a really good cook. I could make a living as a cook.
What made you write, as opposed to doing something else?
I have no idea what made me become a writer. I have come to believe that in some ways poetry was a gift given me to help me negotiate this life. I’m saner somehow, more whole, when I write.
What was the last great book you read? What was the last great film?
I am re-reading The Mill on the Floss by George Eliot. She is a brilliant writer. I read this when I was a teenager, but reading it as an adult makes me want to stand up and cheer at the mastery on display, especially in the dialogue.

Last great film was A Beautiful Day in The Neighborhood starring Tom Hanks as Mr. Rogers. My son Miles and I used to watch Mr Rogers together when he was a small boy and we lived in the U.S.A. I believe that Fred Rogers could be described as ‘saintly’. I loved that movie because it deals with forgiveness, something that I am always wrestling with in my work. The scene where the children in the subway sing the theme song… I intend to see it again, hopefully with my son.
What are you currently working on?
I have just finished a collection of poetry, but I try never to discuss anything I am working on until I’m completely finished with it.

Posted by rob mclennan at 8:31 AM
Labels: 12 or 20 questions, Lorna Goodison, McClelland and Stewart, Penguin