The Man from Glengarry


I am the tourist. I am the prodigal who hates the foreigner.
Michael Ondaatje, Running in the Family 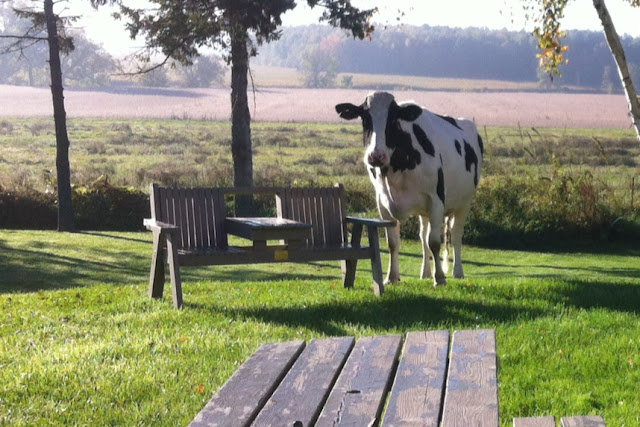 He asks himself: to be from somewhere, does that mean you are also of that same place? And what is the difference? Perhaps these are the incorrect questions.

There are those of the county that consider the county a Celtic creation, but tend not to give any thought to the Mohawk, displaced from the land before the establishment of European boundaries. Dismissed by the British with no more than a word that erases their agency: “acquired.” Do you even know where they went, where they ended up? Without explanation, or further context. Instead, we speak of brawny Scottish pioneers who tamed the tress and rapids and the roughness of bush, intemperate and desolate and snow-thick. The swamps they’d cross to drain, and drain to cross.

The land is sacred, their descendants trill, without a speck of irony. I mean, what matters?

During every teenhood summer, the drinking deaths involving speeding cars that met with trains or met with trees or met with other cars. The year one car flipped, four bodies linking arms from across the provincial border, returning home from a village bar out of sight but not out of reach. A year to the day later, a train struck another, as metal and adolescence lay dead on the tracks. By 11pm, most of the farm kids long in bed, buffered from such summer danger: bored teens driving roughshod, cross-stitch over blacktop, watching mailboxes, driveways, fields of sleepy Holsteins, trees and trees and forests for the trees and desperately searching for how to leave this place but unable to cross that final boundary. Car radios or cassette-decks blasting pj harvey blasting Depeche Mode or blasting what else into that combustion of county silence and oblivion, driving out or into what they could not see to escape, what they could not hope to contain.

They say its raining on Lake Michigan. In which direction is that?

1881: an upside down year. The year William Henry McCarty, Jr., also known as William H. Bonney, “Billy the Kid,” was shot and killed by Pat Garrett outside Fort Sumner, New Mexico. The year the fictional Dr. John H. Watson was introduced to Sherlock Holmes, opening “A Study in Scarlet.” The same year the Canadian Pacific Railroad was incorporated, and Lakota Sioux Chief Sitting Bull surrendered to US federal troops. Over the space of this same year, US President James Garfield was inaugurated, shot and soon died, replaced by Chester A. Arthur. The census found 4,324,810 people living in Canada, and the borders of Manitoba stretched further north, west and east, causing Ontario, of course, to complain.

This was also the year the rail line scratched to meet the earth of county, delineating a single east-west line, around which a hamlet begin to eddy, swirl. A station that begat a hamlet, then a village, draining out surrounding hamlets, some down to but a single homestead. A pool that grew enough to village but no more, they say, for the lack of an accompanying body of water. Still. From the gravity well of trestle, the promise of passenger and freight, a billow-belch of Victorian smoke enough to parallel the treeline, sky.

A linage, a path, along a delta of farmland, the layered blues of Prescott and Russell along the northern boundary. And here, just south, from this line down through two centuries of familial activity, stretch of trees and seasonal pine and pick of stone to line the fence, the underbrush.

From the isolation, and a blend of Scottish, Irish and French, an Ottawa Valley lilt, or twang: the kind that adds an “h,” shifting “room” to the phonetic “rhoom,” amusing any number of listeners from beyond the borders of Ottawa Valley. Our history-rich parcel of Eastern Ontario: the transition between the Saint Lawrence Lowlands and the Canadian Shield, still known as unceded territory, traditionally that of the Algonquin First Nation.

The sound of chainsaws, rolling logs and sawdust trails. Domtar cleans away the underbrush, a managed forest signed along the mess of muddy ditch, of spring.

They say it is raining on the Ottawa River. The storm rides the river, galloping west. We see no evidence from here.

My father’s annual cow that bleeds out in the shed, front end loader, chained-up legs of the carcass over cement floor, as gravity leans a line into a dark red pool. A cat carcass asleep in the haymow, pitchfork assailing it out through the window and down into muddy barnyard.

At the top of the laneway, aside the mailbox, he waits for his morning school bus, amid the redwinged blackbird’s trills. Birdsong permeates the clear spring air, the combined sweet scent of mud, dead grass and melting snow.

They say its raining on the St. Lawrence River, where boats would roam for pleasure. The occasional nighttime run for cigarettes. Along the coastline, bullet-holes adorn the outer walls. They greyscale, shadow. Much like this rain.

A tether, neither anchor nor umbilical. What else to call it. Look, he says, to his trio of daughters. This geography as much a part of my body as you. He waves his hand. They roll their eyes.

Posted by rob mclennan at 8:31 AM
Labels: fiction, Glengarry, On beauty