When mother divorces him, father moves out, onto the roof. He takes only the record player & his copy of the 1938 radio play, War of the Worlds. Every night at midnight, the Martians land & kill everybody. He comes down eventually, & mother lets him back inside. He still plays the record though, & sometimes says with fearful eyes: Whenever they take something, their world gets bigger & ours gets smaller.

I’ve been an admirer of the work of Oregon poet Jon Boisvert for some time now, so am immensely gratified to finally have a copy of his first full-length collection, BORN (Portland OR: Airlie Press, 2017). As Karen Holmberg writes on the back cover: “Like a Mobius band, BORN is a fluid continuum, an extended poem in which the speaker circles back to his childhood loss of his father, then toward, into, and through the loss of his own newborn son.” Writing through, of and around multiple and even incremental losses, Boisvert’s prose poems exist as small, semi-surreal snapshots, capturing a single, small moment and highlighting its component parts; sometimes the effect is one of tone, or texture, or even of relaying and absorbing a particular piece of information. As much as the poems are stand-alone, they accumulate in their own way into a sequence, suggesting a linearity that shimmers, shifts and occasionally floats across a span of years (and even lifetimes). While there is a sadness and grief that permeates every poem in this collection, the collection is both heartbreaking, and somehow not overwhelmed by that same sadness; the poems exhibit an odd matter-of-factness to them, a storytelling aura that exists in a lyric haze of stunning subtlety and force. Structurally, there are echoes here of the prose poems of American poet Jennifer Kronovet, if it were merged with the overall wisdom and darker tone of Bill Callahan’s songs. These are poems to be absorbed, not merely read. 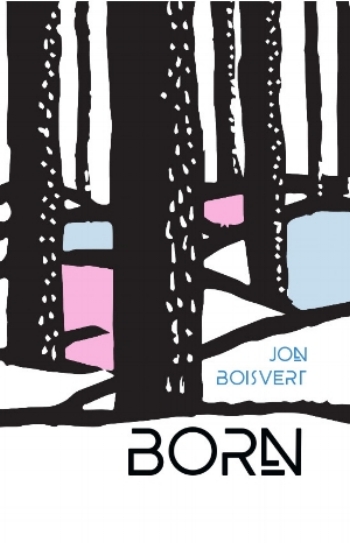