I think of Fieldnotes/MSH as an imprint rather than a press, and myself as an amateur (in the root sense of that word) working on the margins of the small press world. Under this imprint I publish (erratically) occasional broadsides and chapbooks. The broadsides (so far) are my own poems and I circulate them to friends and colleagues to celebrate National Poetry Month. The chapbooks are prose, texts I’ve come across one way or another that I feel deserve an audience. Fieldnotes operates pretty much within the gift economy—chapbook authors get 10% of the print run. I try to recoup design and printing costs. If I do better than that the money goes towards the next publication.

Canadian poet and essayist Maureen Scott Harris was born in Prince Rupert (BC), grew up in Winnipeg (MB) and lives in Toronto (ON). She has published three collections of poetry: A Possible Landscape (Brick Books, 1993), Drowning Lessons (Pedlar Press, 2004) awarded the 2005 Trillium Book Award for Poetry, and Slow Curve Out (Pedlar Press, 2012), shortlisted for the League of Canadian Poets’ Pat Lowther Award. Harris’s essays have won the Prairie Fire Creative Nonfiction Prize, and the WildCare Tasmania Nature Writing Prize, which included a residency in Tasmania at Lake St. Clair. In 2012-2013 she was Artist-in-Residence at the Koffler Scientific Reserve at Jokers Hill, north of Toronto. With other poets and environmentalists she is currently plotting poetry walks that follow the (sometimes buried) rivers and streams of Toronto. Fieldnotes/MSH is her own enterprise. 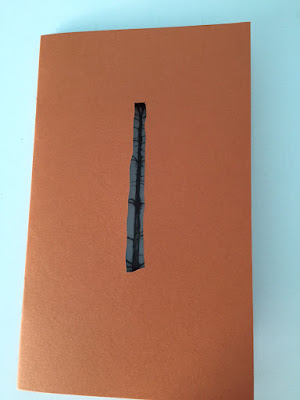 1 – When did Fieldnotes/MSH first start? How have your original goals as a publisher shifted since you started, if at all? And what have you learned through the process?
Fieldnotes began in January 2002 when I decided I wanted to publish a broadside of my poem “The Drowned Boy.” For some time I’d wanted to do something to mark National Poetry Month. I bought a big rubber stamp that says ‘National Poetry Month,’ stamped envelopes with it, and sent the broadside out to friends and colleagues. My initial intention was to publish a broadside every year for poetry month, but I only managed to keep it going for another year.

Then in 2010 I heard Pedlar Press publisher Beth Follett speak in the Hart House Library (University of Toronto) about the future of the printed book and its readers. Beth is always eloquent. The audience was excited and inspired by what she had to say, but it wasn’t large. It seemed to me—and several others—that her talk should be published. I thought about it for a few days, and decided I could publish it as a Fieldnotes Chapbook.

I had no immediate intention of publishing anything more. But when Beth’s YesNo appeared and was launched people began to ask me what I’d publish next. I didn’t want to invest a lot of time in publishing and I don’t have a lot of money for it either, but I decided I would consider occasional publications, guided by my own responses to what I happened upon. I’m interested in talks and lectures, things that might disappear beyond their occasion. I’m also mainly interested in prose.

That said, the second Fieldnotes Chapbook was in fact a collection of poems written in response to a sculpture exhibition by Susan Low-Beer. It appeared in 2013.  Fieldnotes came into that late in the game. With several other poets I’d been invited to view a series of Low-Beer’s sculptured heads and write something in response to them. The poems were assembled, edited, and the book designed when the group went looking for an ISBN. I was asked if it could appear as a Fieldnotes chapbook  and said yes.

Late in 2014 I read an unpublished essay by Kelley Aitken about the Penone sculpture that once graced the Galeria Italia at the AGO. I’ve mourned that work’s disappearance, so I decided to publish the essay. It launched in January 2015. I’m now working on the next chapbook, Stan Dragland’s Page Lecture (delivered at Queen’s University about a year ago) on the poetry and prose of Joanne Page.

Last April I revived my poetry month broadside and I expect to publish another one in 2016. I’ve learned that it takes time and energy to publish, but it’s also satisfying. I expect Fieldnotes will publish erratically in the future as it has in the past. And it will continue, if it does, as I come across material that I think deserves an audience.

2 – What first brought you to publishing?
I’ve been interested in small press publishing since the late 1960s when I was in what we then called library school. My favourite course, taught by Douglas Lochhead, was the history of books and printing. During it we pulled some prints on the Massey College presses. I also did a project on little magazines and literary ephemera for my humanities materials course. From a library standpoint such publications are hard to learn about and to collect; there was a growing interest in them that paralleled the growing interest in Canadian writing.

Much later, and for about 10 years, I worked at Robarts Library as the CIP librarian, doing the catalogue copy for forthcoming books; through that job I met many people in publishing. Then I worked for Brick Books as production manager for several years. Working for them I learned how small publishing unfolds and, given computers, it seemed pretty easy to make a broadside.

3 – What do you consider the role and responsibilities, if any, of small publishing?
I think each small press must determine its own role and responsibilities. That said, I think the responsibilities fall in two directions: to the writer and to the reader. I want to produce chapbooks that embody or hold their texts appropriately and as beautifully as possible, in tribute to the work that goes into writing them—and I also want to extend the life of what might otherwise not be seen or heard.

4 – What do you see your press doing that no one else is?
Hmmm—perhaps rejoicing solely in the serendipitous.

5 – What do you see as the most effective way to get new chapbooks out into the world?
In my experience the launch of a chapbook is the most effective form of distribution. I believe attendance at small press fairs is also good, but as an introvert I find an afternoon of crowds completely exhausting and so don’t participate regularly. Word of mouth. I don’t use social media because I don’t know how to use it effectively, and I don’t want to spend time on it. 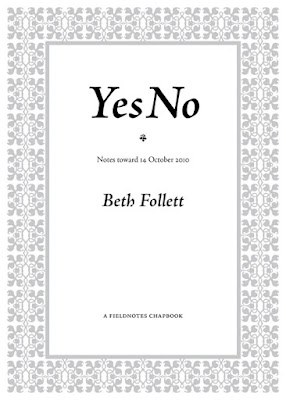 6 – How involved an editor are you? Do you dig deep into line edits, or do you prefer more of a light touch?
It depends on how much editing the work requires. I’ve done both light and more involved editing.

7 – How do your books get distributed? What are your usual print runs?
Mostly by the launch, some by mail. My chapbook print runs have been 100 copies—though the Page Lecture will be 200.

8 – How many other people are involved with editing or production? Do you work with other editors, and if so, how effective do you find it? What are the benefits, drawbacks?
So far I’ve worked directly only with authors and designers. I do the editing and copy-editing myself, though I sometimes consult with friends who have those skills. And of course I work with the printer.

9 – How has being an editor/publisher changed the way you think about your own writing?
It’s shown me that I don’t necessarily have to wait on anyone else to publish something that I want to see published.

10– How do you approach the idea of publishing your own writing? Some, such as Gary Geddes when he still ran Cormorant, refused such, yet various Coach House Press’ editors had titles during their tenures as editors for the press, including Victor Coleman and bpNichol. What do you think of the arguments for or against, or do you see the whole question as irrelevant?
Fieldnotes began as a vehicle to publish my own poems—though the poems I used for them had already appeared in journals. So I’m clearly not opposed to self-publishing. That said, I would in general prefer not to publish a chapbook of my own work, unless it was work that had been published elsewhere and so had the benefit of editing.

11– How do you see Fieldnotes evolving?
I don’t see it evolving beyond what it is.

12– What, as a publisher, are you most proud of accomplishing? What do you think people have overlooked about your publications? What is your biggest frustration?
I’m proud to have brought into a larger public arena some writing and thinking that might have stayed ephemeral or in the manuscript drawer.  As for frustrations—distribution is the historical issue for Canadian publishing. If there were more hours in the day and I were more social I might figure out a way to do this better. 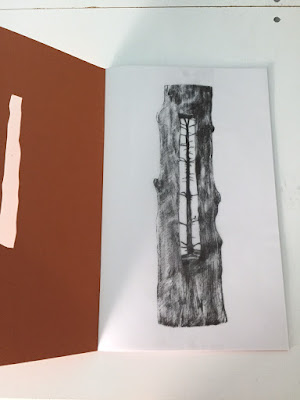 13– Who were your early publishing models when starting out?
Brick Books, with its attention to both editing and authors, offers a wonderful model for publishing, as does Pedlar Press.

14– How does Fieldnotes work to engage with your immediate literary community, and community at large? What journals or presses do you see Fieldnotes in dialogue with? How important do you see those dialogues, those conversations?
Fieldnotes is really a peripheral enterprise, not particularly in dialogue with anyone. Though I do like to talk to, for example, Carleton Wilson and Nicholas Power about the small press world.

15– Do you hold regular or occasional readings or launches? How important do you see public readings and other events?
I hold a launch for each chapbook, at which I invite the author to read or to speak about the project.

16– How do you utilize the internet, if at all, to further your goals?
I haven’t utilized it. At best I might post a note on my Facebook page.

17– Do you take submissions? If so, what aren’t you looking for?
No.

18– Tell me about three of your most recent titles, and why they’re special.
Fieldnotes has only published 4 chapbooks, and of those, only 3 are ones I can claim. I’ve already described them above in my answer to the first question. But I’ll say something about the broadsides. I met Alan Siu of Sunville Printco Inc when I was working for Brick Books; he prints, and has designed, for them. Alan has done all my broadsides, and is currently designing the Page Lecture—he’s generous and a delight to work with.