(another) weekend in sainte-adele, 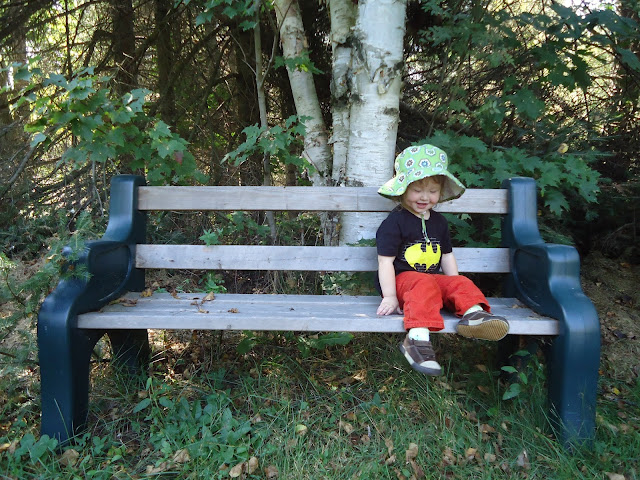 We spent the bulk of the long weekend, again, at Christine's mother's wee cottage, nestled in the hills and the wood an hour or so north of Montreal. Christine worked on preparing our fall Chaudiere titles for the printer, I worked on an interview or three, and Rose toddled about, including a bout we went off into Sainte-Adele proper for ice cream and wandering. Lemonade, of course, slept. How different these trips are from, seemingly, not that long ago (here; here) when Christine would work days on the main floor, and I would work days in the basement, meeting up for evening dinner and drinks and conversation. Will those days ever come round again? Perhaps a small version of such, as Rose grows; perhaps in another five or six years. 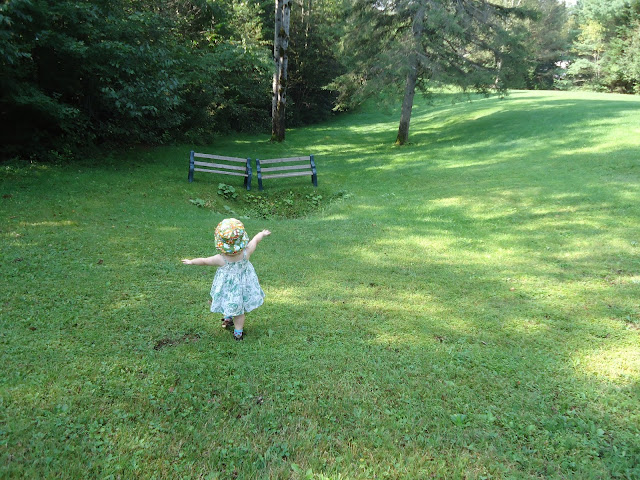 We might have been up a few weeks ago, but Christine worries this might be our last for the year (despite being only our second time up), given the tenants take over on November 1st. Between her mother and brother caught up in the election, and some of our October, we are most likely skipping Thanksgiving. Might there be another chance? We just don't (yet) know.

And then there was the thunderstorm on Sunday night, that flicked at the electricity and satellite, interrupting our evening stories and internet. The whole building in black, as the rain pounded down on the rooftop and deck. The occasional flash of the whole world, lit sudden and blue.

But I managed no photos of that.
Posted by rob mclennan at 8:31 AM
Labels: Christine McNair, Lemonade, Rose McLennan, Sainte-Adele