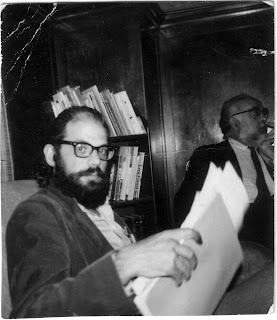 Hey rob, Could you pass on this event information to all interested? I know a lot of people out there also attended the '63 Conference informally and if they have any photos or materials they could share could they contact rmctavish@hotmail.com as I am working on a documentary about the legendary event. -- Robert McTavish
The Line Has Shattered
Revisiting Vancouver’s Landmark 1963 Poetry Conference
George Bowering / Pauline Butling / Clark Coolidge / Judith Copithorne /
Maria Hindmarch / Robert Hogg / Lionel Kearns / Bernice Lever / Daphne Marlatt / Michael Palmer / Jamie Reid / Fred Wah

The 1963 Vancouver Poetry Conference was actually a three-week credit summer course offered by the University of British Columbia and organized by UBC English professor Warren Tallman and poet Robert Creeley. It featured lectures, readings, panel discussions and writing workshops by Charles Olson, Creeley, Robert Duncan, Allen Ginsberg, Denise Levertov and Margaret Avison—in Roy Miki’s words, some of “the most influential voices of the generation described as the ‘new American poets.’” The Conference marks the beginnings of a truly transnational “North American” poetic avant-garde: many of the “student” participants have gone on to have far-reaching impact on Canadian and American poetry, as they include figures such as George Bowering, Daphne Marlatt, Fred Wah, Michael Palmer, Clark Coolidge, and Phyllis Webb. Consistently referred to as “landmark,” “monumental,” and a “defining moment in the history of North American poetry,” The Line Has Shattered brings together 12 original participants 46 years later for a day of discussion and readings.

Moderated and Hosted by Stephen Collis

Free and open to the public
Posted by rob mclennan at 10:02 AM
Labels: Kootenay School of Writing, Robert McTavish, Stephen Collis