12 or 20 questions: with Forrest Gander 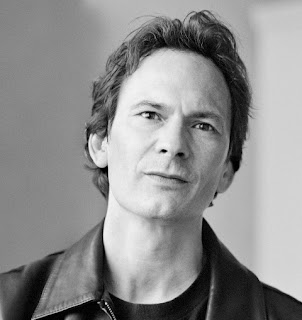 [photo: Nina Subin] Forrest Gander has degrees in geology and English literature. His recent books include the novel As a Friend, the book of poems Eye Against Eye, and the translation Firefly Under the Tongue: Selected Poems of Coral Bracho (a PEN Translation Prize Finalist), all from New Directions. A United States Artists Rockefeller Fellow, Gander is recipient of fellowships from the National Endowment for the Arts, the Guggenheim, Howard, and Whiting foundations. He has authored essays for numerous journals including The Nation, Boston Review, and The Providence Journal. He is Professor of English and Comparative Literature at Brown University and his website can be found at http://www.forrestgander.com

I read your question at first to mean the first book I owned that changed my life. As a child, I had an illustrated Ojibwa story of Shingebiss, the duck that so resourcefully perseveres through a pernicious winter. My cursed diligence, my passion for ecology and geology, even my name-- which, when I was adopted, became Gander-- seem, in some sense, derived from that tale. When Rush to the Lake, my first book of poems, was published by a cooperative press, Alice James Publishers, my community expanded, but I was already very involved as an editor and writer in that community. I still have the same feeling, with each new book, of intensely wanting to exceed my limitations, to pass myself on the left.

My grandfather, a Swede, used to walk around the house reciting poems and monologues like Spartacus’ “Ye call me chief; and ye do well to call him chief who for twelve long years has met upon the arena every shape of man or beast...” My mom spoon fed me Edgar Allen Poe (“The Bells” and “The Raven”) and Carl Sandburg. I was writing bad poetry from an early age.

From copious notes, yes, and slowly. And I always think it’s finished long before it is finished.

I do find I’m interested in book. And I’m interested in serial and long poems. But I don’t have a conception for the structure of a book until, after several years of writing, I begin to find themes, parallels, rhymes. Then I’ll begin to have a sense of what to leave out and how to revise.

They’re like dates, sometimes really hot and sometimes flat out duds. I like the feeling of knowing the work has made contact. And at the same time, I distrust the drama of the voice.

I’m not prescriptive. I don’t even think writers necessarily should write.

I’ve translated poetry, novels, and essays, and I’ve written books of poetry, novels and essays. I’m almost completely uninterested in genre distinctions. Like you, rob, I’m given to embracing the whole hog.

I used to have very rigorous and early writing hours. Now the time is less regular and I often feel I’m dying to write. I don’t mean that metaphorically.

Books come from books, as they say. I read. Also, I translate and I travel quite a bit. Both translation and travel bring you into contact with new perceptual rhythms, image repertoires, sounds, impasses. And those can be generative.

I just used that phrase above. I heard it from Cormac McCarthy. In any case, yes and no. Geology-- I have a degree and lifelong interest in it-- the so-called natural world, the body performing at its limits, art, music, yes yes all of it, everything that feeds the burning tree, but we are reading each jot, if not in the moment of experience, then just afterward.

I’d like to write something better than I’m capable of writing. That’s a main, dogged and hopeless desire. I’d like to go to Sweden, where one side of my family is from, and Iceland. I’d like to collaborate with Cy Twombly....

Had I stayed in geology, I might have gone on to pursue volcanology which still seems thrilling to me.

A natural sympathy with failure.

I’ve just been editing collaborations with two photographers and a Bulgarian musician. One (“A Clearing”) has to do with rock mines in Burma and the other (“Moving Around for the Light”) with intentional communities in the rural south of the U.S. Versions of both are up on you tube under my name. I’m finishing a book of haibun and poetry called Core Samples, a translation of Mexican poet Pura Lopez Colome’s last book (Watchword in English), and a co-translation with Kyoko Yoshida of selected poems by Kiwao Nomura.