12 or 20 questions: with Jonathan Bennett 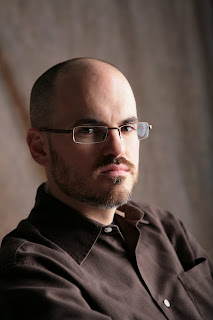 Jonathan Bennett's latest book is Entitlement: a novel. He is the author of three previous books including the critically acclaimed novel, After Battersea Park, a book of poetry, Here is my street, this tree I planted, and a collection of short stories, Verandah People, which was runner up for the Danuta Gleed Literary Award. He is a winner of the K.M. Hunter Artists' Award in Literature.

Jonathan Bennett's other writing has appeared in many periodicals and journals including: the Globe and Mail, Quill and Quire, Antipodes: A North American Journal of Australian Literature, and Descant. Born in Vancouver, raised in Sydney, Australia, Jonathan lives in Peterborough, Ontario.

1 - How did your first book change your life? How does your most recent work compare to your previous? How does it feel different?
As personal experiences, I think first books are simultaneously far too much and not nearly enough. At least this was true for me. The editorial process was tumultuous, but the book that emerged is still one of which I’m proud. A first book, to be sure, but I’m not embarrassed by it or anything like that. It changed my life in ways large and small. Gave me the confidence to go on, etc.

2 - How did you come to poetry first, as opposed to, say, fiction or non-fiction?
Actually I came to fiction first. I turned to poetry later. I never intended to write poems. They just came out of a time in my life, after my first novel, which seemed to pull me to poems. Now I do both—write fiction and poetry. I enjoy writing poetry the most, and these days, mainly, it’s what I read.

3 - How long does it take to start any particular writing project? Does your writing initially come quickly, or is it a slow process? Do first drafts appear looking close to their final shape, or does your work come out of copious notes?
They all differ I suppose. My first novel was many discovery drafts and rewrites. My second novel, Entitlement, was mapped out in a very purposeful way. My stories are endless drafts and re-writes. My poems arrive fully formed and need tweaking, or else take months and months of drafts.

4 - Where does a poem or piece of fiction usually begin for you? Are you an author of short pieces that end up combining into a larger project, or are you working on a "book" from the very beginning?
Fiction begins with setting for me. I like to establish the atmosphere and environment, then populate it. Poems are that strange brew of ideas and moments and language and form. So far, my poems come and gather then eventually I see what I’m after and try shape the rest of the book around a core concern(s). I don’t think I’d ever begin a novel again without out outline and a plan.
5 - Are public readings part of or counter to your creative process? Are you the sort of writer who enjoys doing readings?

I like doing readings. I did a lot of them in the mid to late 90s. These days, less so. It’s helpful for me to read poems to an audience, for sure. Fiction, yes, that’s nice too, but rarely does it happen that I read unpublished fiction now—so it’s after that creative process…possible it might help the next thing though in some way?
6 - Do you have any theoretical concerns behind your writing? What kinds of questions are you trying to answer with your work? What do you even think the current questions are?
Ah, not theoretical per se, more thematic concerns. My work was grappled with identity, race, class, and relationship to place and country, in various ways.
7 – What do you see the current role of the writer being in larger culture? Does s/he even have one? What do you think the role of the writer should be?
Some writers emerge as having a role, through the evidence of their work and its impact on the country and culture. Others just write and have a series of meaningful, if fleeting, moments over the years, but likely have played no larger role. So, I don’t think it’s for me to offer a prescriptive role for writers.
8 - Do you find the process of working with an outside editor difficult or essential (or both)?
It’s essential. I have found it difficult, and, other occasions, have found it inspiring and deeply important to my work and creative process.
9 - What is the best piece of advice you've heard (not necessarily given to you directly)?
Always go to the funeral.
10 - How easy has it been for you to move between genres (poetry to fiction)? What do you see as the appeal?
It’s not about “easy”. I just find that at times I’m drawn to making poems, and other times short stories, and still other times, novels. The appeal for me is that I have the appropriate form at my disposal for the demands of the project. I can’t imagine I’ll ever write a novel in verse, or a poetic novel. That said, who knows…
11 - What kind of writing routine do you tend to keep, or do you even have one? How does a typical day (for you) begin?
I have a busy day job, I sit on two volunteer Boards including being the Chair of Board for the Children’s Aid Society here, and I’m the father of two kids under 5. There is no writing routine. I suppose I mostly write these days when everyone is in bed.
12 - When your writing gets stalled, where do you turn or return for (for lack of a better word) inspiration?
I’ve never had full blown writer’s block. And, I don’t really have enough time to get stalled these days. If I wasn’t ready to sit down and write seriously, I just wouldn’t get to the computer. Mostly I do though.
13 - What was your most recent Hallowe'en costume?
I don’t dress up—partly because I’m not much fun and partly because we didn’t have Halloween in Australia, where I grew up. So, it’s not a part of my traditions. My kids do now.
14 - David W. McFadden once said that books come from books, but are there any other forms that influence your work, whether nature, music, science or visual art?
My first three books owe much to jazz and various visual artists as sources of inspiration and jumping off points. Less these days. Here’s something though…I’ve had an occasional collaboration with a visual artist, Jim Reid, that began about 10 years ago. He tends to ring me up and ask that I write a response piece to his art—usually for a new show. We’ve done three now over the years. The weird/interesting thing is that these pieces that I’ve written for him have not been marginal or decorative bits for me. Rather they’ve ended up in my books and have somehow gone on to shape a larger project. (Having said this, I hope he calls soon—I could use him right about now.)
15 - What other writers or writings are important for your work, or simply your life outside of your work?
Reading the Australian novelist and poet, David Malouf, was, for many years, very important to me as an emerging writer. Dennis Lee’s Body Music helped me at a key moment. Les Murray and Ian McEwan and Alice Munro have all proved to be excellent teachers through the re-reading of their work. Now, I mostly read contemporary poetry for pleasure. I’d say my life outside my writing now mostly shapes my own work.
16 - What would you like to do that you haven't yet done?
Finish a second book of poems.
17 - If you could pick any other occupation to attempt, what would it be? Or, alternately, what do you think you would have ended up doing had you not been a writer?

Well, I have an occupation—I’m in public affairs / communications, presently I work at a large hospital to be precise. Writing is a preoccupation. I do see myself as a writer first—I’m not a hobbyist—but I am realistic. I also value my work as a great source of story, ethics, drama and language. This mix works for me, in other words.
18 - What made you write, as opposed to doing something else?
Yes, these either/or questions…I’ve always done more than just write. It’s the kind of person I am. I don’t think I could keep busy or interested enough writing full time. So I work and write and volunteer and parent. These all influence my work. I might write full time again at some point in my life, but not likely soon. I don’t think I could put up with that much of myself. I like the breadth of my life, and it serves my writing well.
19 - What was the last great book you read? What was the last great film?

I read Revolutionary Road last month on a plane out west. I’d say it was a great book. As for films, I don’t watch really them. So, nothing to report there. I’ve recently made my way through a documentary series called “First Australians” that aired on SBS in Australia last year. It’s a brutal and emotionally demanding thing to watch.
20 - What are you currently working on?