The details of the world disappear like coins
lost among tissues and lint in a mother’s handbag.

What we might make of ourselves is suddenly
too far off to see clearly. (“TRANSTRÖMER ON THE HAWKE HILLS / AND THE ISTHMUS OF AVALON”)

It has been a while since I’ve read anything by St. John’s, Newfoundland writer Michael Crummey [see his 2009 '12 or 20 questions' interview here], and possibly even longer, given his latest poetry title, Passengers: Poems (Toronto ON: Anansi, 2022), is his first new poetry title in nine years (with his Little Dogs: New and Selected Poems apparently appearing in-between, in 2017). Passengers follows his previous poetry titles Arguments With Gravity (Quarry Press, 1996), Hard Light (Brick Books, 1998; reissued 2015), Salvage (McClelland and Stewart, 2002) and Under the Keel (Anansi, 2013), as well as numerous works of fiction, and the publication of a chapbook or two. Set in three hefty sections of poems, the first is a conversation with and around the Swedish poet, psychologist and translator Tomas Tranströmer (1931-2015) in quite an interesting way, as though offering a look at Crummey’s home space of Newfoundland through, potentially, Tranströmer’s lyric and distance. It is as though Crummey wishes to be the tourist, although a highly articulate and very specific example of one. Written utilizing Crummey’s attempts through Tranströmer’s voice, syntax and perspective, the poems from this section, “YOU ARE HERE: A CIRCUMNAVIGATION,” include poems such as “TRANSTRÖMER ON THE BELL ISLAND FERRY,” “TRANSTRÖMER ON BRIMSTONE HEAD” and “TRANSTRÖMER ON THE MOST EASTERLY POINT / IN NORTH AMERICA.” There is an observational sharpness to Crummey’s lyric, one that exists simultaneously fully-fleshed and composed as a kind of shorthand, managing a clear and solid turn of phrase and line that contains multitudes. As the final third of the poem “TRANSTRÖMER ON THE TABLELANDS, / GROS MORNE NATIONAL PARK” offers:

The journey is longer than it seems from the road. Further than we can carry what we cherish most in the world and all but a handful have turned back toward the waiting vehicles. Where the climb toward the centre of the Earth begins, the path disappears under stones relinquished by those who came this far and carried on. 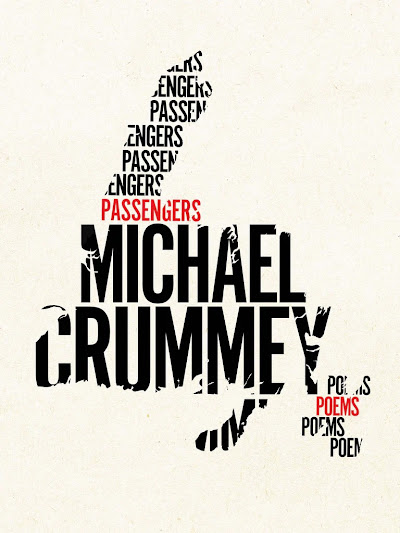 To introduce the section, Crummey writes: “What follows are loose, amateur translations of pieces I imagine Tranströmer might have written had he recently visited the island of Newfoundland and the coast of Labrador. I’ve tried to remain true to the spirit and tone and to some of the most obvious strategies of Tranströmer’s poetry. But it goes without saying that these pieces would in every way be superior in the original Swedish.” Now, I suspect Crummey might have added that last piece as a kind of tongue-in-cheek throwaway, but I think there would have been something enormously interesting had he attempted to get at least one of these poems translated into Swedish by someone familiar with Tranströmer’s work, and then, through a further translator, returned the poem back into English, to see if the poems, in English, at least, might have lined up with a voice similar to that of Tranströmer. Admittedly, there are moments where it is unclear where the lens of Tranströmer specifically fits into these poems and why, in poems that could just as easily exist without him referenced at all, allowing them to become entirely Michael Crummey poems on elements of Newfoundland culture, history and landscape. Crummey’s engagement with the syntax and thinking of Tomas Tranströmer’s work might suggest itself as the impulse for these poems, but that might simply be a means to a particular end, seeking to works this particular collaboration with voice and the idea of distance, to approach a geography and it’s people that he understands deeply; perhaps seeking a different perspective on home, for the sake of seeing what he otherwise might never could. It is though, through Tranströmer, Crummey is attempting to approach his home again as for the first time. As the poem “TRANSTRÖMER ON THE SOUTHSIDE HILLS” begins: “The Natives are most notable for their absence. / Even their graves are vacant. / The marker erected to explain these circumstances // is playing hide & seek with neighbourhood children / and can’t be located. It keeps very still / even after the youngsters go home to their beds, // even when it suspects they’ve forgotten the game entirely.”

Really, the opening section sets the tone of the entire collection, as Crummey examines poems that seek out alternate perspectives on geography and space, for the sake of a broader perspective. In the second section, “THE DARK WOODS,” individual poems seek out a sense of European travel, writing poems such as “BELFAST,” “WARSAW,” “INNSBRUCK,” “STOCKHOLM” and “VIENNA,” writing of outsiders, locals and foreigners, suggesting that the sheen of the entire collection aims to include and envelop the perspective of the outsider, one who might not carry all the information, but who might be able to catch what locals may have overlooked, or lost through familiarity. Even John Newlove, through his poem “The Permanent Tourist Comes Home,” wrote of the newness that distance allows, ending his poem “Enough / of this. The mountains are bright tonight / outside my window, and passing by. / Awkwardly, I am in love again.”

The poems of Passengers seek freshness, although less of mere passengers than the attempt at seeking the perspective of outsiders, looking in. “No tourist escapes cliché.” he writes, a line that opens both the poem “TRANSTRÖMER ON SIGNAL HILL” as well as “STOCKHOLM.” The mantra he offers is true, and I’ve known more than a few poets unwilling to even engage with the dread notion of the “travel poem,” not wishing to inflict one’s own limited understandings and biases (potentially colonial ones, as well) into a lyric imagining “other,” but Crummey perhaps sidesteps elements of this through working so fully to begin with his home space, seeking a voice through which to otherwise speak. He is aware of those limitations, and the poems that stretch across Europe are less all-encompassing visits than engagements with elements of history (including, no less, an encounter with ABBA), one moment after another, even into and through a slight rippling of abstract. “No one dropped in on Sarajevo during the war.” he writes, to open that city’s namesake poem, “Sarajevo barely slept and rarely left the house // scanning the hills from upstairs windows, / weathering the blockade with black humour // and booze as it waited for the worm to turn.”

Into the third and final section, Crummey turns from Tranströmer’s relatively contemporary Newfoundland to a character Christianity sees as the original outsider, Lucifer, moving through Newfoundland over the centuries since landing as a stowaway, as the opening poem, “NATIVE DEVIL,” writes, “at the tail end of the Middle Ages.” Again, Crummey writes home from the stance of the outsider, offering Lucifer as counterpoint to Tranströmer, as he writes again through elements of Newfoundland landscape, history and culture, speculating the perspective the devil might have on his home ground. And yet, Crummey writes as he seems to have done his entire publishing history-to-date, writing of his deep love for his home province, from the intellectual curiosity of Tomas Tranströmer, to a land even the devil would love. As the poem “NATIVE DEVIL” continues: “The country he landed in seemed little more than a breeding ground for / blackflies. An idiot wind, granite half-cloaked in a ragged hair-shirt of / spruce. / It was love at first sight.”

The cobbled pavement hobbles his cloven feet. He lurches drunkenly as he navigates the drunken crowds, the bleary racket. He wears a leather coat to his ankles, his sulphur stink muted by the cold drizzle. Two city blocks of bars, but for all its rowdy dissipation the street disappoints him. Most of the shamelessness on display is carnival stupidity, infantile gratification. His mirrored horns are dismissed as costume. A girl in a miniskirt drapes her still-warm underwear from one bony thorn. Shit-faced boys crowd him for selfies, flashing their barnyard tongues at the screen. These are his children, by all accounts. The thought makes him want to eat something raw.
He has always felt more at home in a church.