PERFECT IS A FALSE SPACE

Becoming invisible
perfection is a cracked
mirror I fell in

in loss I can’t lose 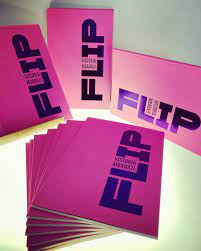 Self-described in their bio as “their second and third chapbook” is Brooklyn-based poet Victoria Mbabazi’s full-length FLIP (Toronto ON: knife|fork|book, 2022), following on the heels of their chapbook debut, chapbook (Toronto ON: Anstruther Press, 2021). Produced as a flip-book, “SHE DOESN’T COME BACK” and “SEND MY LOVE TO IVY,” the poems in FLIP exist as a series of self-contained monologues, performative and theatrical gestures that sweep up against hesitation and pause at breakneck speed, writing sex, Biblical characters, pop culture and politics, queerness and blackness. “I don’t have it in me to be polite all the time a phone service wants me to / talk about mental illness as a thing to overcome but let me melt into it,” they write, as part of “FEMME FATALE,” “when a bitch hurts me I do not wish her well let me be pre and post / traumatic I know you find me stressful you hate perfection even its illusion [.]” There is a rush to their lyric narratives, offering breathless stretches, hard stops and song lists. They write of dreams, and sun, gender, sex and heat. Or, as the poem “REFRIGERATOR WOMAN” begins: “I don’t have to be a woman to be treated like one you like me the way you / know me by your side a frame for portrait your night in day I’m the sun / spinning round the earth you are happy for me as long as I keep you warm / if the heat is bearable [.]”

One element of their work that truly strikes is the ways in which Mbabazi writes poem-endings that deliberately and deliciously refuse narrative closure or the full stop while simultaneously ending with the full force of the lyric; endings not as conclusion but points to pool one’s thinking about the distances that both reader and the poem have travelled to get there. The poems in FLIP are explosive, confident and exploratory, insisting on presence as much as possibility, offering hope and heartbreak, simultaneously being and searching and performing. Or, as the poem “MY GENDER IS WHATEVER SONG IS PLAYING,” begins: “It’s electric guitar with a solo that’s mostly distortion it’s being sad in / major chords it’s the smell of the bar where the local bands play it’s break / ups in the summer time like I’m not a girl [.]”