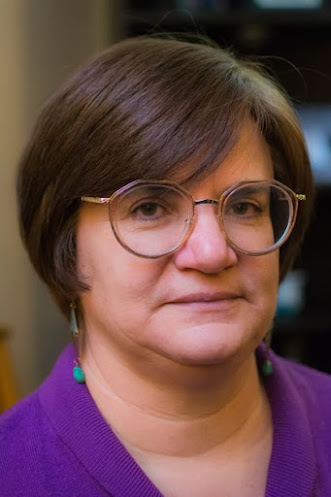 Vivian Zenari's debut novel Deuce was published in 2022 by Inanna Publications. She has written and published short fiction, poetry, and nonfiction. She lives, works, and writes in Edmonton, Alberta.

1 - How did your first book change your life? How does your most recent work compare to your previous? How does it feel different?
This is my first book. It has so far not changed my life. I have published short fiction and poetry. I have published short stories many years after writing and rewriting them, but the novel was of course one project that took many years. As well, about five years passed between the novel's acceptance and the publication. The waiting has been quite long, that is, and I have found that somewhat unnerving.

2 - How did you come to fiction first, as opposed to, say, fiction or non-fiction?
I don't know why I have preferred fiction to nonfiction. I prefer to let my imagination loose, I suppose. Nonfiction has more strictures, not because the text has to have a closer affinity with the real world, but because with nonfiction I have found there are more people to satisfy (editors, really). My interest in poetry came at the same time as fiction, but I have written far more fiction, and I see myself as a fiction writer.

3 - How long does it take to start any particular writing project? Does your writing initially come quickly, or is it a slow process? Do first drafts appear looking close to their final shape, or does your work come out of copious notes?
I can't say there is a pattern. Sometimes the idea comes out fairly well developed. Other times, I have to work with the idea more. I revise heavily. Sometimes I use notes, other times I don't. Nonfiction I tend to use notes with.

4 - Where does a poem or work of prose usually begin for you? Are you an author of short pieces that end up combining into a larger project, or are you working on a "book" from the very beginning?
I tend not to combine things. I have a project in mind, and it's either large scale or not.

5 - Are public readings part of or counter to your creative process? Are you the sort of writer who enjoys doing readings?
I don't associate public readings with the creative process. It is something that comes after, for the most part. I am used to standing in front of people and reading out loud to them in a formal setting, but I am not a performative reader. To me, reading a text is different from writing it.

6 - Do you have any theoretical concerns behind your writing? What kinds of questions are you trying to answer with your work? What do you even think the current questions are?
I suppose I have theoretical interests, though I don't know how theoretical my writing actually is. I have had a great deal of exposure to theory because of my education, and I am certain that training seeps into my writing. Deuce has quite a few gestures towards theory (Judith Butler, game theory, narrative theory), but I don't know that readers in the know will find the novel particularly astute towards or representative of the explicitly named theoretical orientations. I don't know if writers are really qualified to say what their own writing is "about." Writers lie.  I am probably a modernist in aspiration and a postmodernist in reality. At the same time, I am not wedded to realism, but I like it. The currency of questions (subjects, topics) doesn't much concern me, though I realize currency concerns a great many people (e.g., publishers and critics).

7 – What do you see the current role of the writer being in larger culture? Do they even have one? What do you think the role of the writer should be?
I tend to see creative writing as art, and art to me is the act of manifesting thought in the material world and to other people.  Writing is one of many arts, and it is the one that I can do with any modicum of success. Writers, as all artists, reflect the world in a thoughtful way. It is criticism in the neutral sense (thinking about the world with purpose).

8 - Do you find the process of working with an outside editor difficult or essential (or both)?
I haven't always had an editor. I think it's very useful. It shouldn't be difficult, but it can be. It can turn into a battle of wills, I suppose, even if the battle is imaginary on my part.

9 - What is the best piece of advice you've heard (not necessarily given to you directly)?
Write with yourself as the intended audience.

10 - How easy has it been for you to move between genres (short stories to the novel to poetry to non-fiction)? What do you see as the appeal?
I don't see much difference between poetry and short stories. Novels are larger in scale, and the scale is a nontrivial detail. Nonfiction to me is a different thing entirely....It seems more bureaucratic or something.

11 - What kind of writing routine do you tend to keep, or do you even have one? How does a typical day (for you) begin?
Right now my life is so bunged up right now, I barely have a routine. I work for Athabasca University from home, and I usually work on this paying job first.  I have had more routinized processes in the past with delineated writing periods. I believe in routinized writing: the activity has to be job-like in some ways. Generally I don't have a life that is easily routinized. I have to push and struggle to set aside time for writing. It's kind of nightmarish. Belonging to a writer's group has been a good thing, though. I am pretty good at producing for a deadline (the next meeting). It's good for me to be around other people who like reading and value writing (a small percentage of the population) because then my morale is higher.

12 - When your writing gets stalled, where do you turn or return for (for lack of a better word) inspiration?
I don't really believe in inspiration....In the past, I used to love watching Inside the Actor's Studio on television. I loved listening to good actors or even directors talk about their art. That show used to inspire me, I suppose. It got my blood rushing.  Now, I all seek is time, liberty.

13 - What fragrance reminds you of home?
I don't have much attachment to home as a concept. Nonetheless, I associate my childhood with the smell of cut lumber--my father did a lot of woodwork and building around the house. I like the smell of baking bread and of tomato sauce cooking on the stove, and the memory of how my dog's feet smelled (like popcorn!).

14 - David W. McFadden once said that books come from books, but are there any other forms that influence your work, whether nature, music, science or visual art?
I love music, most kinds of it (not pop so much, though). I love film and "shows" (TV, streaming "content"), the excellent ones especially, but I like really, really bad stuff too--I dislike the mediocre middle, which is where most film and show lie.  I love humour too, uproariously funny sketch comedy, improv, and sitcoms. I have written poetry about nature, though I'm not sure I like nature that much.....I like dance and stage drama--I wish I watched more of it.

15 - What other writers or writings are important for your work, or simply your life outside of your work?
I read a lot. I want only the best--life is short. Right now I am forcing myself to read French-language books in French. I want to read In Search of Lost Time in French this year. My writing heroes, if that is what this question is aiming towards, include William Shakespeare, George Eliot, George Saunders, Walt Whitman, Emily Dickinson, Ralph Ellison, Henry James.  There are many more.

16 - What would you like to do that you haven't yet done?
I would like to hang around a stage production or film production and watch the process from beginning to end. I work alone, and I think working alone is problematic in some ways. Stage and film are more collaborative and perhaps are less lonely.

17 - If you could pick any other occupation to attempt, what would it be? Or, alternately, what do you think you would have ended up doing had you not been a writer?
I've had it with other occupations! I've done librarianship, editing, academia. I've thought about being a physicist and a programmer. Writing should have been my plan A, but I have great self-doubt, and I've thrown myself into all kinds of professions to be practical. Writing has become part-time, so I feel like I live part-time.

18 - What made you write, as opposed to doing something else?
See above. Also, I am not much of a talker. Writing makes me feel like I belong to civilization rather than outside it.

19 - What was the last great book you read? What was the last great film?
The last best book I read is James Baldwin's Go Tell It on the Mountain. Holy fucking shit--the combination of the personal with the political: love, religion, family, social relations, all with the emotion of the deep down secret parts of people. Unbelievable. The last great film I've seen I've seen a zillion times: Casablanca. Of more contemporary film, Portrait of a Lady on Fire. And I am always plumping for the TV series Black Sails.

20 - What are you currently working on?
I am working on a novel set in the mid-19th century United States about a real person, George W.L. Bickley, who founded a kind of precursor to the Ku Klux Klan. The research is killing me, but I like the research. I am half-way through the first draft.