I wonder too about the impulse
to tell a story – how find
lyric openings in the out-
of-ordinary routines
of the social animal
(if by social we mean
a connection to others
and to things)? (“April * Ontario”)

Based in Toronto since 2011, Texas-born poet, critic and former Skanky Possum co-editor/publisher Dale Martin Smith’s first full-length poetry title produced in Canada is Flying Red Horse (Vancouver BC: Talonbooks, 2021). The author of American Rambler (Thorp Springs Press, 2000), Black Stone (effing press, 2007) and Slow Poetry in America (Cuneiform Press, 2014), Smith’s Flying Red Horse takes its title from the original formerly-rotating red neon Pegasus—designed as the logo of Mobil Oil, and later, for the merged Magnolia Petroleum—erected in 1934 on the roof of the Magnolia Hotel in downtown Dallas, Texas (an image of which is offered via a reproduction of a historic postcard at the offset of the collection). As Smith offers as part of the title section: “Again, a screen. An interface. The light and whiteness, the page. I grew up in Dallas, Texas, on the edge of a previously rural sensibility. Since 1934, a red horse, owned by an oil company, flew over the city. My father, born 1937, adjacent to a small East Texas town, lived the first ten years of his life without electricity.” Smith offers the image of the flying Pegasus as a harkening to various elements of the past, including his and his father’s, as a way to open a conversation upon Smith’s sense of how both he and his father carried themselves. Smith opens his collection with the lyric essay “Flying Red Horse,” an essay that folds in elements of memoir to help propel a conversation around specific threads in William Faulkner’s work, depictions of American and Canadian perspectives and values, temporal shifts in economy and approach between the immediate post-war period to his own upbringing as a born-and-raised Texan and beyond, and what lessons he learned through the music and person of American musician Charley Pride (1934-2020). As the section opens:

In the novel Absalom, Absalom! (1936), William Faulkner’s fictional character Shreve McCannon shares rooms in Cambridge, Massachusetts, with Quentin Compson. He is also knows as Shreve McKenzie in The Sound and the Fury (1929) and watches affectionately over the doomed southerner. Shreve, a Canadian, comes from Edmonton, Alberta. He meets Quentin at Harvard in 1910 and graduates in 1914, in time to join the Royal Army Medical Corps, Canadian Expeditionary Forces, in France, 1914-1918. Quentin, born in Jefferson, Mississippi, in 1891, commits suicide by jumping from a bridge into the Charles River on June 2, 1910. Earlier, Shreve acts as intercessor, participating in the telling and hearing of Quentin’s familial enmeshment in antebellum slavery, the Civil War, and Reconstruction; he is a medium in the narrative recapitulation of southern honour, violence, and failure. The terror of the continent’s legacy is shared by them both.
But why should Faulkner include the Canadian in a novel otherwise so intently concerned with American failures of nationhood and family? Of a distinct region shaped by a reality far distant from Alberta?

Flying Red Horse is a collection constructed in four sections—the opening essay, “Flying Red Horse,” a section of poems, “In the Exchange,” and the poem sequences “April * Ontario” and “Sons”—the final of which appeared previously as a chapbook through Kirby’s knife|fork|book in 2017. This is very much a book of shifts, of in-betweens, aware of changing considerations, demographics, geographies and other factors while still in flux; he settles into what he is still working to unpack. “The lifeways of the country became routinized in submission to new forms of labour,” he writes, as part of the title piece, “in office cubicles or on retail floors. I took for granted how we lived, how my parents managed, as though it had always been that way. Little did I realize how brief those moments turned out to be, the world slowly disintegrating into an economy.” There is something really fascinating in the way Smith grounds, and even loosely frames, the collection through his opening essay, a structure akin to that of American poet Susan Howe: the opening prose that lays out the conversation, before the subsequent sections of poems fractal and further the explorations of those same concerns. Unlike Howe’s text-visual and lyric collages, Smith composes his follow-up sections in a more lyric mode, offering short-form narrative fragments and bursts. Smith writes on shifting countries and geographies—moving along with his family from Texas to Toronto—as well as shifts in parenting as his two sons age, and concerns around climate change. “I moved with my family to Canada in 2011,” he writes, “which is why, I suppose, I am particularly sensitive to Shreve and his connection to the spectacle of Quentin’s stories of human ownership, racial brutality, and the disruption of that world by war. But it did not touch the netic interior where enforcements of racial segregation required daily scrutiny.” As the poem-section “Sons” offers, close to the beginning of the suite:

It began as a Sunday walk
to the lake with my sons
the oldest beside me
(the other had run ahead)
turned and said, Papa,
why is the earth warming –
this is wrong, the sudden
early April of
Ontario? 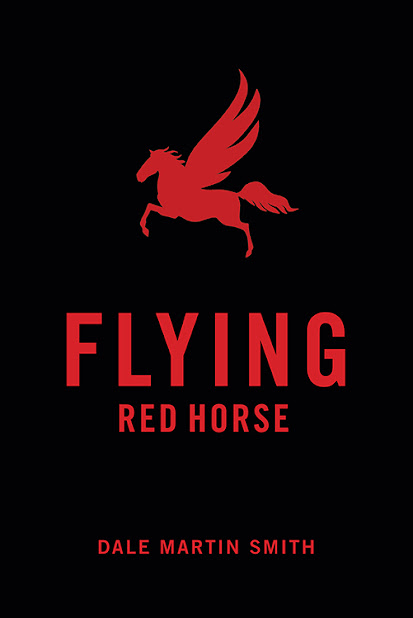 His entire published work could even be summed-up through a simple sentence he included as part of his statement in his January 4, 2021 “Spotlight,” where he wrote: “Mostly, I wonder about the spiritual history of North America, and how blunt materiality makes such an inquiry possible.” As he discusses the section-sequence “April * Ontario” as part of a 2017 interview for Touch the Donkey: “I see it as a kind of poem-essay. Besides cave art and Werner Herzog’s film Cave of Forgotten Dreams, the poem is framed around a walk to a park in Toronto with my sons, Keaton and Waylon. Keaton was anxious on our walk because it seemed so suddenly warm for the time of year. He worries about weather catastrophe. He’s sensitive and reasonably aware of his world. So the poem is a place for me to think through my response to him. But yes, literally, the title refers to time and place, the temporal and geographic coordinates of our conversation.” Smith writes of the contradictory lessons his upbringing taught him about maleness, male intimacies and friendships, and about fathers and sons. “Shreve and Quentin,” he writes, “young men imagined through two novels. They are children brought together from different areas of the continent. Sons and their questions, actual and authorial fathers. The blanched brains of white manhood disturb an ongoing sense of now, of how to be. How I am to myself, to my sons? To others in othered bandwidth image streams?” Through his opening essay, and subsequent sections, Smith critiques and interrogates maleness, from a general sense to how men offer themselves as friends, role models and fathers, examining his own influences and what he works to offer his own sons. He writes of his origins within a particular dream of America, one that in many ways increased divisions around class, culture and race. “Along some borderland that is not geographical but temporal,” he writes, “where the spectacle of North American postwar experience disintegrates, I see bodies in conflict and submission to unforeseen interiors.” There is something quite compelling in how Smith discusses all of these competing and colliding factors, writing maleness and male influence, and offering the differences of approach he witnessed in the 1970s, from his own father, to what he saw of American musician Charley Pride, an artist important to some of Smith’s own early considerations, who died only last year, due to complications arising from Covid-19:

I tell you these things because they compose a personal mythology, and through writing I struggle to ascertain its meaning. I write them to address the blankness, the white strain of the too-familiar residing in so many things now, separated by habits of thought, by surveillance infrastructures, by images and texts detached from stories. How ghosts form and deform, persisting in advance of a feeling. Charley Pride reminds me to listen above and below the vacancy of a surface: “Well people may try to guess / The secret of a happiness / But some of them never learn it’s a simple thing.”

There is clearly much to discuss in this collection, especially once one realizes I’ve barely touched upon the poems themselves, two sections and two further suite-sequences composed as short bursts of narrative that exist as a curious blend of straightforward note-taking and elusive ellipses. As with the essay that opens the collection, his poems work their way through an idea or a series of ideas, working to examine and unpack. He writes his way through thinking, attempting, in the end (and perhaps from the beginning), to be a better person and a better man, all for the sake of being a better father. If the essay, one might say, speaks to how he got to where he is now and what he hopes to accomplish, it is through the poems where he articulates how exactly that further evolution might look, even from within those evolutions themselves. These poems are hopeful, grounded and incredibly thoughtful; perhaps enough that every father, or every son, might wish to read. As part of the section-sequence “Sons,” Smith writes:

To be in these roles

Of their sweet eyes

And go with them

Posted by rob mclennan at 8:31 AM
Labels: Dale Smith, Talonbooks