I drove all the way to Cape Disappointment but didn’t

have the energy to get out of the car. Rental. Blue Ford

Focus. I had to stop in a semi-public place to pee

on the ground. Just squatted there on the roadside.

I don’t know what’s up with my bladder. I pee and then

I have to pee and pee again. Instead of sightseeing

I climbed into the back seat of the car and took a nap.

I’m a little like Frank O’Hara without the handsome

nose and penis and the New York School and Larry

Rivers. Paid for a day pass at Cape Disappointment

thinking hard about that long drop from the lighthouse

to the sea. Thought about going into the Ocean

Medical Center for a checkup but how do I explain

this restless search for beauty or relief? 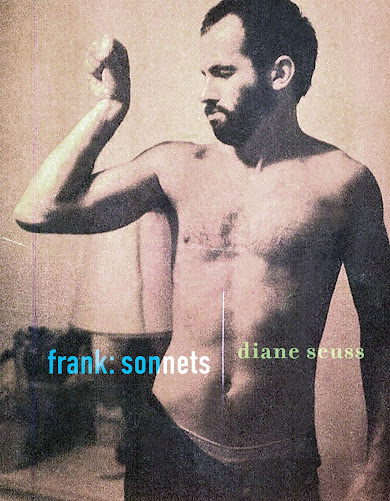 I’d been hearing for some time about Michigan poet Diane Seuss’ incredible fourth full-length poetry collection, frank: sonnets (Minneapolis MN: Graywolf Press, 2021), following her collections Wolf Lake, White Gown Blown Open (University of Massachusetts Press, 2010), Four-Legged Girl (Graywolf Press, 2015) and Still Life with Two Dead Peacocks and a Girl (Graywolf Press, 2018). The first of her collections I’ve seen (I’m clearly behind on reading her work), frank: sonnets is an expansive, extended sonnet-suite composed as a single, unbroken sentence detailing and deconstructing an incredibly powerful lyric memoir. “I want drugs again; whimsy. Frenzy, hilarity, as when // visiting mass with Juanita,” she writes, early on in the collection. “we were twelve, I wasn’t // Catholic, laughing ourselves sick at the names of saints, /// Linus, Cletus, Clement, Sixtus, sparks went off in my // brain, I had no squeamishness, I’d eat alligator, rabbit // with the head on, fish eggs, eyes, hitchhike playing // the mouth harp [.]”

Composing one hundred and twenty-eight untitled sonnets in succession, frank: sonnets is a book-length confessional of one thousand, seven hundred and ninety-two lines, writing through a childhood rife with family violence, poverty, trauma and suicide attempts, into literature, boyfriends, small towns and other forms of chaos, cacophony and clawing back into the world and into the possibilities of survival. “Literature is a dangerous business, the entrapment of form in poetry, plot // in fiction, can be claustrophobic to a person like me, and no trellised exit gate, // one can find themselves not just lost but impaled on the tangible details // of someone else’s world—blue paint drying on the pickets, meaty smell of hot // shrubbery—mere facsimilies, but also by the feelings of the characters, stratified, // as if by some eons-spanning organic process, grief, desperation, self-deception, // scattered sparlingly with some gorgeous momentary wish fulfillment, two // characters, one secretive and impacted, one spontaneous, who meet at night // on a serpentine bridge, wordless brushing of fingertips over wrist, lips over jaw, […]” She writes of growing up and of the effects of trauma; how it replicates and changes form, how it affects the spirit far beyond what one might suspect. She writes of pure survival and those moments when her heart was able to sing, offering a rare and fresh consideration on both the lyric memoir and the sonnet form, one that blends and incorporates multiple sonnet strains, from the recombinant experiments of the late Ted Berrigan to more traditional considerations of structure.

In 2018, as part of her “12 or 20 questions” interview, Seuss referenced the project, then still very much a work-in-progress, offering: “My current project is a big one. It’s a kind of memoir in unrhymed (usually) sonnets. Taken together, they will compose a sort of incremental story of moments in my life as I experienced them, but also, the poems look at the nature of memory itself, how it operates, memory’s entrapments as well as its liberations. The poems try to get at the improvisational nature of thought. I have well over a hundred and I feel I’ve barely scratched the surface.” There are times that the form of the sonnet seems barely big enough to contain her multitudes, and Seuss composes a complicated narrative, one that pulls at every emotional thread enough that one might wonder how the project simply didn’t completely unravel. “I’ve lived with death from the beginning,” she offers, further into the collection, “at the edge // of its villages. I sang it little songs, pried open its mildewed // pods until the seed fluff detonated in my face like, well you // know what it’s like when seeds detonate in your face.” It is as though she really did write her own way into and through survival. Through writing, the means perhaps become the end; how the journey is, in fact, far more important than any kind of destination.

How do you stand being so virtuous? My only virtue is my lack

of virtue. My only fear my fear of a virtuous mob. Once my son sawed

through his wrists with a pair of scissors. Burst into my bedroom, I was

sleeping a rare sleep, dreaming a rare dream, and he cried that he had tried

to kill himself. Even as I called for help he sawed away. He was fucked up,

drunk, he knocked the phone out of my hand, maybe I slapped him,

he says I slapped him and I believe him. They sent him home after they

stitched up his wrists, wouldn’t even keep him for a 24-hour hold. I made

got the scars. I saw them when we were playing Scattergories. For a while, I hid

everything sharp in the house. Even pencils and paring knives. But you can’t

really live without sharp things. “If I want them I’ll find them,” he told me.

I use the scissors now to cut my bangs. One clean slice straight across my

forehead. Through virtue’s flimsy yellow curtains there are many rooms.