I have been shuttered before. With no help from the government, Prune has survived 9/11, the blackout, Hurricane Sandy, the recession, months of a city water-main replacement, online reservations systems — you still have to call us on the telephone, and we still use a pencil and paper to take reservations! We’ve survived the tyranny of convenience culture and the invasion of Caviar, Seamless and Grubhub. So I’m going to let the restaurant sleep, like the beauty she is, shallow breathing, dormant. Bills unpaid. And see what she looks like when she wakes up — so well rested, young all over again, in a city that may no longer recognize her, want her or need her.

And still, there is talk of sleep. I remember the blackout. August 14, 2003, a power outage that took out parts of Ontario as well as wide swaths the Northeastern and Midwestern United States. Buffalo, Toronto, Ottawa, New York City. I made my way to an ex-girlfriend’s condo across the provincial bridge, given Quebec still had power. It took us an hour to find a restaurant that hadn’t a line-up equally long. And yet, there was something remarkable about standing, post-dusk, on Somerset Street West at the O-Train bridge, from within a capital city set solely to natural light.

A statistic floats by that says that some sixty percent of businesses in Toronto would not survive if the shutdown lasts three months or more. There is talk of re-opening, although carefully. There has already been those who have pointed out that if you are to complain that the shut-downs should remain in place, you should first clarify whether or not you still have employment, and access to income. Where are we now? Forty-two days since our lock-down officially began. Since I turned fifty. Since Gabrielle Hamilton shuttered the gates.

As writer Bailey Cohen Vera (@BaileyC213) writes on Twitter: “I write a single email and it becomes tomorrow.” 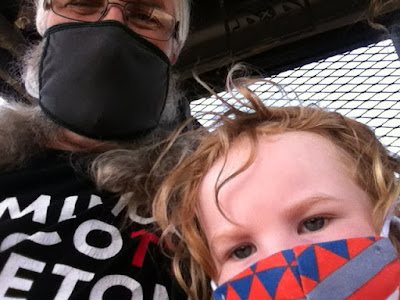 Beware, as someone else writes, the memory of proximity to living things. In Canadian Art, Michèle Pearson Clarke writes on “Isolation Portraits,” of photographers taking portraits of their friends in isolation, akin to Stephen Brockwell’s photography project. To introduce her interview with photographer Alyssa Bistonath, Clarke writes: “But the doorstep portrait is not new. As Didier Aubert notes in a 2009 Visual Studies article, traditionally such images have unambiguous things to say about access, intrusion and the white, liberal, middle-class gaze—all issues which are deeply embedded in the documentary approach. Though Aubert was mostly writing about projects that sought to document poverty and rural life, these current isolation portraits traffic in the same transformation of private family life into a constructed public performance for a larger audience. The dynamics differ though: in these threshold quarantine spaces, we see not people asserting agency by restricting access to some other intimate visual truth of their lives, but people seeking momentary respite from the overwhelming reconstitution of time and space that makes up life under pandemic conditions. Access has been otherwise revoked, and intrusion appears quite welcome.” Bistonath responds, “But for me, the essential element is capturing intimate portraits of my friends while maintaining the distance necessary to keep us safe.” The photographs acknowledge the shift in purpose and perspective, and the world changing in real time. The portraits are intimate, but as close as is possible, at least for the time being. But for how long?

Posted by rob mclennan at 8:31 AM
Labels: Aoife McLennan, essays in the face of uncertainties, Stephen Brockwell