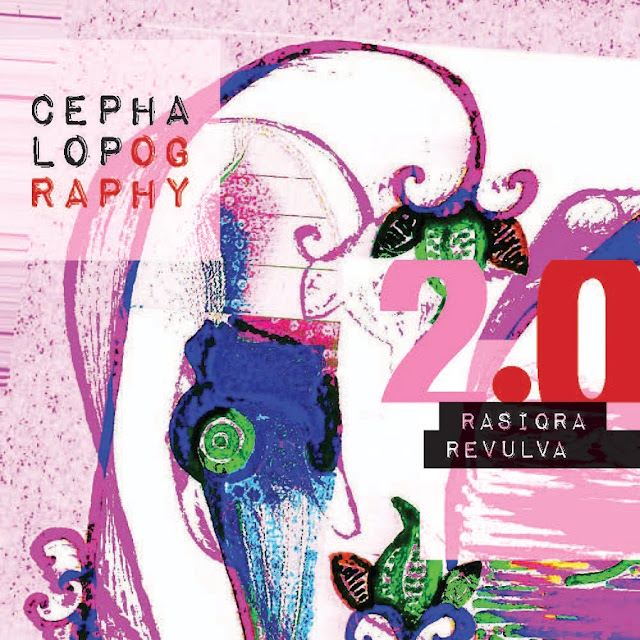 From “queer femme writer, multimedia artist, editor, musician, performer and SciComm advocate: Rasiqra Revulva comes the full-length debut Cephalopography 2.0 (Hamilton ON: Wolsak and Wynn, 2020), an explosive follow-up to her two chapbooks of “glitch-illustrated poetry” Cephalopography (Toronto ON: words(on)pages press, 2016) and If You Forget the Whipped Cream, You’re No Good As A Woman (Toronto ON: Gap Riot Press, 2018). Rife with drawings, computer-generated illustrations and texts, puzzles, prayer, visual poems and a variety of writing forms, the work in Cephalopography 2.0 is energetic and wonderfully playful, vibrant and performative. Revulva is, as the back cover attests, “as much a passionate celebration of cephalopods in all their plurality and finery as it is a collection of poems exploring human identity and experience through the lens of these marine animals. These experiments with traditional poetic forms such as ghazals, tankas and cinquains, as well as more contemporary forms, make poems that are uniquely and beautifully composed.” And a cephalopod, by the way: think of such as a squid, octopus, cuttlefish, or nautilus. As her poem “CEPHALOPOGRAPHY” offers: “A body that aches (of water). A body that moults (of salt). A body that mistakes / (of flesh). A body that revolts (without). A body that splits (of water). A body that / swarms (gestalt). A body that exits (the water). A body that transforms (at fault).” Hers is a joyous performance, a book-length suite of revelations on conditions of living, one clearly shared by humans and cephalopods alike.

Listen to the multiple engagements and play within a poem such as “BREEDING GROUNDS: / EMTPY CALORIES,” that reads: “so much depends / upon/ the Greenland shark / grinding / its toxic jaws / into / a / gaunt polar / bear [.]” As she discussed her debut chapbook, which held an earlier iteration of this current project, in an interview with Canisia Lubrin at The Town Crier in 2017:

My debut chapbook Cephalopography is a multi-form exploration of various axes of human identities and experiences through the lens of cephalopods and their environments; aka an illustrated celebration of my imaginary best friends. It is composed of multiple poetic forms, an insert of interactive puzzles, and a series of glitch-art cephalopod illustrations/reverse ekphrases. Dive in, and don’t forget to breathe.