Fanny Howe, Love and I


A man might not want a child
Because he has his brain to carry around.

The passenger who whispered
Clutched his head like an infant.

He was sick of pontificating over revisions and drafts
Until they ruined the first burst.

This is how he explained it to me.
A solitary wreck winking back tears:

“I was scared, scared of leaving my dreams behind
and no one to interpret them.” (“Turbulence”) 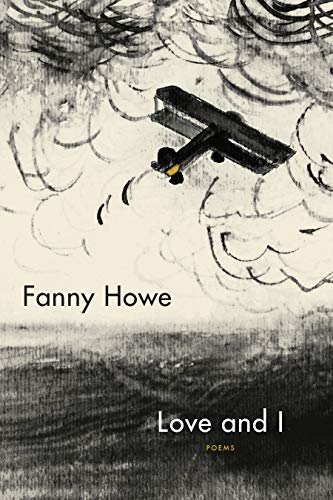 One of the great discoveries of my thirties was the American poet Fanny Howe, and I am very pleased to be able to go through her latest poetry title, Love and I (Minneapolis MI: Graywolf Press, 2019). Howe has always been, in my mind, akin to the late Toronto poet bpNichol, in their shared ability to compose a lyric that extends everything they’ve done prior, but is also part of that same whole: “a poem as long as a life.” Howe’s is a lyric that builds, extends and continues, one step beyond each other step, writing on faith, history, love, Catholicism, hope, philosophy, childhood and all the patterns that might emerge between. “I love so many of them,” she writes, to begin the opening poem, “Allegories,” “But they are only half a decade / Away from being disproved.” A bit further, the poem “Turbulence” opens: “Some who never feel loved keep traveling.”

Her poems have the appearance of quick sketches of long-considered meditations. I’ve always admired the extensions of her lyrics, furthering one step upon another. Her poems and her poetry collections and her works of prose build, endlessly, and her utilization of the poetic fragment suggest that sections could be moved, re-sorted, and still maintain a particular structure (an unbound sequence of poems by Howe might be intriguing at some point; where the order emerges via the reader, thus potentially shifting the work of the poem as well).

The Word is like a flood in shape and speed.
You will like the way it rushes east and west at the same time.

Echoes and solidifies and breaks apart.
It streams like a Northern Light. But it’s the Word.

The Word makes no sound.
The Word never made no sound and will not
Ever, out of parched minds and tongues
Break this law.

I just absolutely love Howe, for faith and lyric both --- wish you'd nab her for a chapbook.