Over at Slate, Vanessa Chang writes of “The Post-Pandemic Style,” reflecting on how previous outbreaks have shifted ideas of architecture and public space. “Just as those scourges scarred and then reshaped cities, so will ours.” She writes:

The flu pandemic killed tens of millions from 1918–20. Six cholera pandemics in the 19th century alone laid waste to hundreds of thousands of lives. Between 1810 and 1815, aggravated by overcrowding and filthy living conditions, tuberculosis was the cause of more than 25 percent of deaths in New York City. Robert Koch’s discovery of the contagious tubercle bacillus in 1882 gave rise to the sanatorium movement in Europe and the United States. Designed to house, treat, and isolate patients, these institutions emphasized strict hygiene and ample exposure to sunlight and air. Before the development of medications for tuberculosis, its treatment was environmental. These clinical environments inspired the new modern architecture. As the Swiss architect Le Corbusier declared, “A house is only habitable when it is full of light and air.”

How will this pandemic shift how we design to move through the world? Already, lines of intervalled-tape at check-outs and bank machines, with plastic coverings protecting cashiers and bank tellers. Vast improvements in air quality have been reported on for weeks, such as The Guardian reported on April 11, with reports “by Hannah Ellis-Petersen in Delhi, Rebecca Ratcliffe in Bangkok, Sam Cowie in São Paulo, Joe Parkin Daniels in Bogotá and Lily Kuo in Beijing.” Photographs highlighting the differences between now and even six months ago are startling, turning a rust-coloured air a bright blue. For example:

In Delhi, air quality index (AQI) levels are usually a severe 200 on a good day (anything above 25 is deemed unsafe by World Health Organization). During peak pollution periods last year they soared well into a life-threatening 900 and sometimes off the measurable scale. But as Delhi’s 11m registered cars were taken off the roads and factories and construction were ground to a halt, AQI levels have regularly fallen below 20. The skies are suddenly a rare, piercing blue. Even the birdsong seems louder. 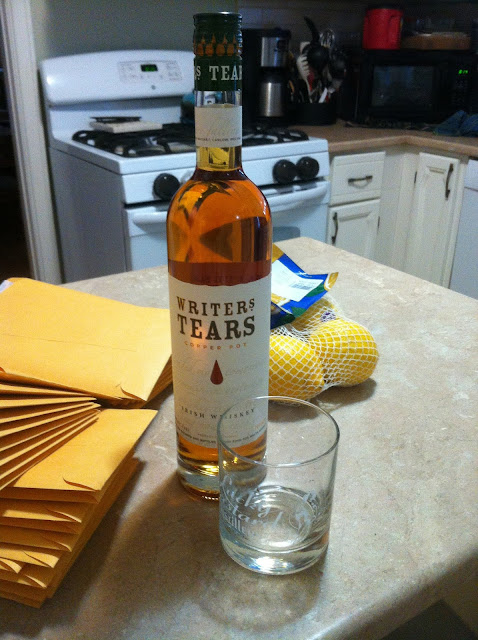 Once the world begins to re-open, how will these shifts continue to present themselves? How many might remain?

I spend a good part of my morning composing letters. Every time I write a letter now, I am conscious of the trope of letters home from front-line American Civil War soldiers, all of which seem to begin with “Dearest Martha” (Civil War wives, as we all know, were all named Martha). Were there really such letters composed by Civil War-era soldiers? I’ve a half-brother in Florida who finds it baffling I can barely do anything more than use my phone for basic texting, prompting me to seek out parchment paper and a quill so that I might compose him one of these eighteenth-century missives in the appropriate style. Dearest brother, I write, I am far from home and wishing you the best of health.

In an April 17 article in The Tyee, Andrew MacLeod writes:

“It’s really important to recognize we are not at the end of our beginning yet,” Dr. Bonnie Henry, B.C. provincial health officer, said Wednesday.

What does that even mean? Japan apparently braces itself for a Covid-19 second wave. Ebb and flow, akin to a river, running across the whole surface of the planet. Repeatedly, articles and tweets and emails are pointing out how this crisis highlights what should be the focal points of our attentions: climate change, and economic disparities. There are increasing articles on just how much a guaranteed annual income will reduce poverty and actually stimulate economic activity, the opposite of what those who are against the idea seem to be arguing. But what are these arguments?

Posted by rob mclennan at 8:31 AM
Labels: essay, essays in the face of uncertainties, Vanessa Chang