Stephanie Cawley, My Heart But Not My Heart


Stephanie Cawley’s My Heart But Not My Heart, I want to say, is a book of refusals. The losses and grief that refuse language, the poet’s own refusal of certain performances, the poem’s refusal of expected forms, the speaker’s refusal to slap a manicure on and understand it as self-care, despite the therapist’s best intentions. It is in part about the ways in which our refusals, and our passivity, brought about often by external forces and pressures are then pathologized, medicated, explained away in the dismal language of diagnosis. Grieving the death of a father, for example, becomes ‘depression’ because it refuses the timeline and containment of whatever supposedly healthy grief is. And these pathologies are gendered, of course. The letting go of depression and the woman who ‘lets herself go’ slide into each other as the collection points to all the forced performances of okayness we are expected to participate in. That health means to keep moving, and this means, too, a capitalist health of go, go, go. (Solmaz Sharif, “INTRODUCTION”)

The brain, good at forgetting pain, becomes a fist closed around a stone.

If you believe an algorithm can reanimate the beloved dead, a text body,
a voice brought back to life through words, you will never stop grieving. 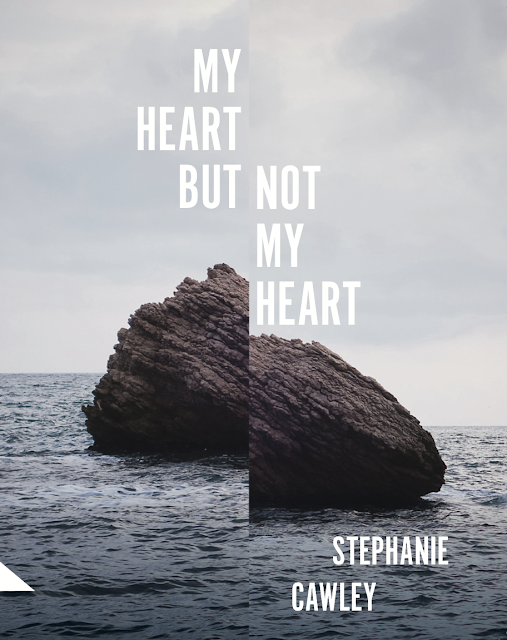 As I write this, I am two and a half months beyond the death of my own father, so there are elements throughout that I can identify with, as she asks: “How the brain can fold itself around a knot of pain, glass beneath skin, that / twinge, how it feels permanent, and if it isn’t, even worse, how close it is / to being [                   ], again, open.” Cawley explores the lyric space of grief, and the ongoingness of it, as well as allowing for the unspeakable, unquantifiable and unknowable, in part through the use of square brackets and empty space. Cawley composes a series of lines around the absences she is otherwise unable to articulate, providing the outlines of those absences through what lines she can write. This is a book of moments, and questions, and explorations, from the abstract of grief to the specifics of medical knowledge. Cawley works through a meditation on the mechanics of grief, and of death, researching the elements of both, and how the breakdown of one is prompted by the breakdown of the other.

The question is whether death instantiates a change in form. One thing
becoming another, and by what laws. The old myth that what leaves the
body, [             ], can be measured in grams.

There are questions you desire to ask and know you never can. There are
those who would tell even the darkest moments in full detail, for the sake
of it, and those who wouldn’t.

The length of time between when the heart stops and the body is declared
dead has lengthened because of new medical technologies. The question
of whether or how else my father could have survived transforms then.