been following them
in the blink of four eyes

their lives sped past
they remembered many of the same things

but not in the same order
impact was musical then catastrophic

both of their memories
stopped at the same time

although at home
Susan was always on the left 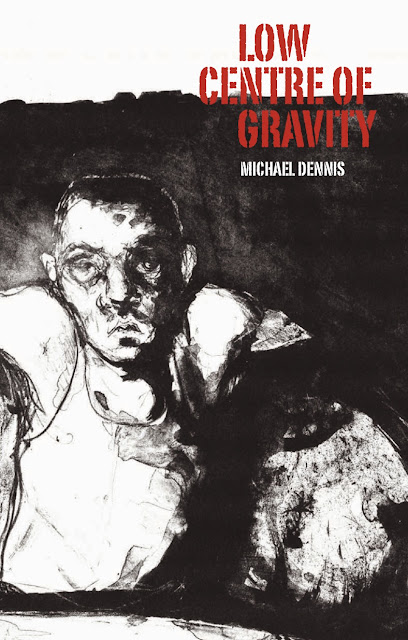 Ottawa poet Michael Dennis’ latest is the poetry title Low Centre of Gravity (Vancouver BC: Anvil Press, 2020), a collection of first person lyric narratives following on the heels of his Bad Engine: New & Selected Poems (Anvil Press, 2017) [see my review of such here], both of which were edited by writer and editor Stuart Ross. There’s something about the way Dennis stretches out the moment in the opening poem, “WINTER STORM,” that is quite intriguing. This is a poem reminiscent of British Columbia poet Susan Musgrave’s “VERN AND JOANNE: DEAD” (a poem that might be my favourite by her), from her tenth poetry collection Cocktails at the Masuoleum (Toronto ON: McClelland & Stewart, 1985) [a poem that I wrote about briefly here]. In these poems, both poets hold to that single experience of the human tragedy of such an accident; both poets work the narrative elegy, presumably writing out the news as they heard it of an accident that killed friends, although one can’t know for certain if either story actually occurred, or fall instead into fiction. Given the interests of both Dennis and Musgrave, one might suspect these poems are reportages of real events and real people, but one should never presume with certainty.

“I only ever climbed one mountain in my life,” he writes, to open the poem “THE BLUE BLUE SKY,” “and I never wanted to do anything like it again [.]” There has always been a journal entry element to Dennis’ poems, whether sketching out poems of his reading, his day, or his marriage, but always seeking out the small moments, whether of wisdom, clarification, beauty or simple surprise, that emerge from his unique combination of experience and attention. And yet, his poems don’t aim for that “aha” moment at the end, but attempt to close in a way that addresses the importance of arriving at the ending; allowing the journey to be more important than any destination.

In an October 2013 interview that Stuart Ross conduced with Dennis, speaking of Dennis’ extensive reviewing the past few years (his “today’s book of poetry” blog) and engaging with more experimental poetries, Dennis acknowledges his wider interest, but clarifies his leanings: “I’m still partial to narrative poetry, I like a good story and a little dirt under the fingernails.” More recently, in September 2018, over at poetry mini interviews, Dennis responds: “Charles Bukowski, more than any one other writer, influenced how I think about the world of poetry, but he wasn’t a very nice cat.  As much as I love Bukowski I don’t share his ethos that poetry is more important than people.  Sometimes it is hard to reconcile a poet and their life against their body of work.  And then there’s Raymond Carver.  First time I read his work my heart stopped.” Michael Dennis writes plainly on subjects such as hockey, sharing Chinese food with Stuart Ross, ping pong and aging, and his straithgforwardness is never as straightforward as it might first appear, allowing for the revelations of experience and the moment. As his “THE BLUE BLUE SKY” poem ends: