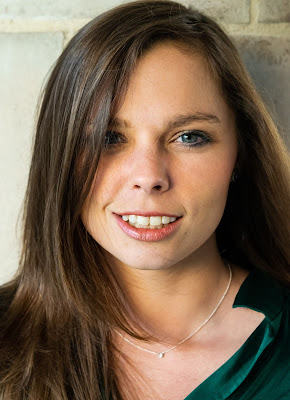 Dorsey Craft’s debut collection, Plunder, won the May Sarton New Hampshire Poetry Prize. She is also the author of a chapbook, The Pirate Anne Bonny Dances the Tarantella. Her poems have appeared or are forthcoming in Alaska Quarterly Review, Colorado Review, Gulf Coast, Massachusetts Review, Poetry Daily, Southern Indiana Review, and elsewhere. She lives in Lake City, Florida and serves as a poetry editor at Southeast Review.

—My first book took off some of the pressure I had been putting on myself. I was sending it out for three years and revising along the way, and towards the end of that time it was starting to feel hopeless and that was making it harder to write new poems. Since the book was accepted, I’ve started working on new poems that feel more sure of themselves. I’ve been trying to push against narrative, which is a safe zone for me.

—I took an American literature survey where the teacher was a poet. I had a great experience and enrolled in poetry workshop the next semester.

—My poems used to come all at once, but I’m starting to get more comfortable with the revision process finally. The final drafts still mostly look and feel similar, but I adjust the line breaks and change words and add and subtracts sections. Notes are starting to play a much bigger role in the generative process.

—I definitely started Plunder by tracing patterns in individual poems, and then writing towards a theme that emerged in the later stages of revision. I intended to work the same way on my second book, but it feels like I’m working towards a project much earlier than I expected.

—I love giving readings! Before it became apparent that COVID was going to derail everything, I was planning a small tour with Eleanor Boudreau and Tanya Grae who also have first books this year. Performing the poems actually has helped me make smaller line edits because I can hear the awkward moments more clearly than when I read the poems to myself.

—I write from a feminist framework. The poems in Plunder take a lot from Julia Kristeva and Helene Cixous. “Memos for my Mother” uses a quote from Cixous: “To write is to always make allowance for excess and superabundance.” I’m interested in the ways that women embrace our excess even as we are told to be small and neat.

—It’s hard for me to answer this question because the gravity of everything that’s going on right now makes writing feel insignificant in some ways, but terribly important in others. My friend mentioned something in our writing group last Sunday about poetry being able to change the way people think, not necessarily with overt political stances (although I think poetry is political and political poetry is important), but just by showing readers language behaving in unexpected ways. I like thinking that consciousness could be altered or rewired by poetry.

—I loved working with the editors at Bauhan to polish up my collection. I had read so many of the poems in my collection that I had stopped being able to see them clearly. When an editor went through the manuscript and made suggestions, it helped me go back to choices I had made and ask myself whether they were important or not.

—A poem should surprise you. If you already know what you’re trying to say, write an essay.

—When I’m writing my best, I’m writing first thing in the morning every day. It’s hard to get started on that routine after a lull, however, because the first few poems are almost always bad. At the beginning of summer, which is when I get the most writing done, I give myself a few days writing that I tell myself are just for practice and that helps.

—Dogs that have been outside.

—I really admire poets that write about science, but I’ve only been able to do it in ways that feel very superficial to me. Sometimes a fact will stand out to me and it will make its way into a poem. A friend of mine who works at the Audubon Society told me about a bird that spears bugs on barbed wire fences and I had to put that into a poem.

—I love Nickole Brown’s collection about her grandmother, Fanny Says. It was important because it showed me I could write about things I wanted to write about without being overly sentimental. I also love Agha Shahid Ali’s “The Dacca Gauzes,” Anne Carson’s “The Glass Essay,” Keats’s “Ode to a Nightingale,” and Tiana Clark’s “BBHMM.” All of my teachers and their work have been incredibly important to me as well.

—I guess if I could do anything, I’d go back and suffer through undergrad to be an engineer. My husband is one and his life makes so much sense.

—It’s extremely difficult to even imagine doing anything else. For the previous question, the first five or six answers I thought of were just other kinds of writers.

—I read Diane Seuss’s Four-Legged Girl yesterday and I can’t wait to read it again.

—I have a few strands of poems going. I’ve been writing some elegies for my grandfather, who passed away a couple years ago. It’s been strange to mourn him because his traits run so strongly in my mother and her siblings and my cousins and me. I see six different versions of him at every family gathering and it’s soothing but also so creepy. I’ve also been writing some poems about gun culture in the South. I grew up hunting doves and it was an especially strange territory to be in as a girl and, eventually, as a woman.

Posted by rob mclennan at 8:31 AM
Labels: 12 or 20 questions, Bauhan, CutBank, Dorsey Craft