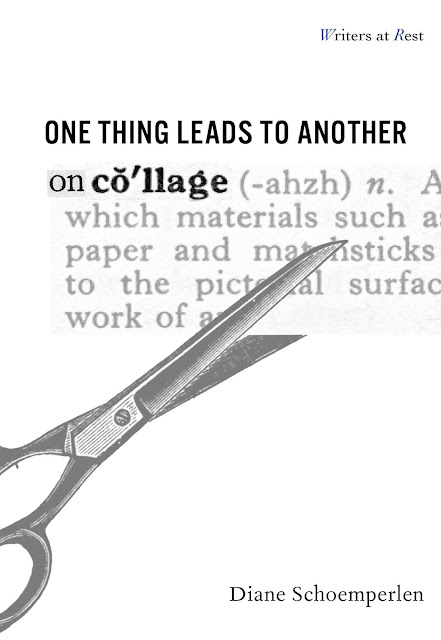 Woodbridge Farm Books is a small press based in Kingsville, Ontario.

1 – When did Woodbridge Farm Books first start? How have your original goals as a publisher shifted since you started, if at all?

The press started as the publishing arm of the Woodbridge Farm Residency, which I founded in 2016. The residency’s set on my family’s ancestral property in Kingsville, Ontario, on the north shore of Lake Erie, near Windsor and Detroit. We’ve been fortunate to host several award-winning authors, including André Alexis and Diane Schoemperlen, among others. My friend and co-publisher, Chris Andrechek, though it would be exciting to publish chapbook essays by our guests, both to celebrate and memorialize their visits. So we started a series called Writers at Rest: Authors on Their Pastimes and Hobbies.

Given the interest the chapbooks are garnering, our goals are expanding. We’re currently working on the start of a new series, which we hope to publish soon.

Chris and I met at Biblioasis, where we worked together for several years. Until recently, Chris was Biblioasis’s Production Manager. From 2014 to early 2017, I ran their Marketing and Publicity department. In that sense, we were already in publishing when the press began.

Some small presses approach publishing with heaviness. They yoke themselves to the burden of advancing literature within a culture that ignores its importance, hang their heads, and groan under the weight. That’s good for some, but not me. I don’t share that mentality, that gloom – it’s not in my nature. Apart from the responsibility we have to do the best for our authors, I feel no pressure to meet any role. For us, publishing is serious play. Each new project is a puzzle and wonder. We surround ourselves with friends, collaborate, and beauty results. The process is a joy, as it should be.

Not many chapbook presses exclusively publish prose. In the future, when we expand from chapbooks, our focus will remain on developing works that reflect the good humor I mentioned earlier. Nothing weighty, no books that readers should consume out of a sense of responsibility or “betterment.” There’s too much of that already.

Quality also sets us apart. Chris sources the finest paper to make our chapbooks. He designs and typesets each to perfection. We fold, hand-bind, and number every copy. The two of us are exacting – no sloppiness allowed, no corners cut! This is part of the fun.

Events are key. We throw parties. For those who can’t make these, we offer the chapbooks through our website.

It depends on the draft. Because we’ve been lucky enough to publish works by established writers, my touch is typically light.

7 – How do your chapbooks get distributed? What are your usual print runs?

Through parties, as mentioned above, and online through our website. As of now, our runs are small: 100 copies. Just recently, we printed the second edition of Diane Schoemperlen’s essay on collage. That meant designing, printing, and hand-binding another 100 copies.

I edit the essays myself.

I approach it with the same perspective I’ve always had.

I favor the white-shoe Manhattan model: out of respect and professional esteem, editors of one house publish colleagues from another. The gentility of this tradition is charming. In practice, though, I can see how a press might be tempted to publish one of its own – especially when the pool of publishers is limited, as it can be in places like Canada. If Chris or I were ever tempted to write a local interest book, for example, I wouldn’t hesitate to put it out through our house. Control over the process is crucial, not only to ensure the highest quality of the book itself, but to guarantee that the work is well marketed and distributed. 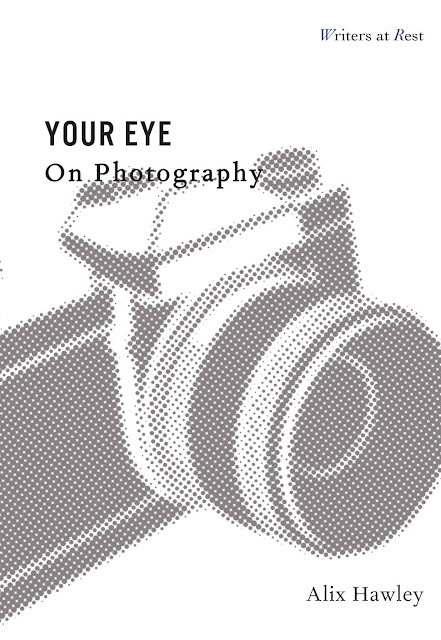 11– How do you see Woodbridge Farm evolving?

Like I mentioned above, we’re developing a new series of chapbooks. In the future, I see us publishing books. This might not happen for several years. Or it could happen next year.

We’re proud of everything we publish. The press is still too small for anyone to have “overlooked” an aspect of the work we do. As for frustrations: there aren’t many. Laboring under tight deadlines is something we aim to avoid. It hasn’t always been possible, but we make every effort to manage the process in a way that eliminates stress. Much of publishing involves planning. The better the plan, the better the process, the better the publication.

Given our origins at Biblioasis, that press was certainly an influence. But concerning chapbooks, specifically, I’m enamored by the format’s early history. There’s a wonderful old book from 1882 titled Chapbooks of the Eighteenth Century. It’s a collection of pieces from that period, many of which are illustrated with rude woodcuts. Some are poems, but the majority were written in prose: folk tales, morality tales, spurious histories, and comic fictions (or “comic relations”). They’re typically light and humorous. Both then and today, by their ephemeral nature, chapbooks offer freedom. They aren’t encumbered by the implicit authority of books. With few exceptions, people with access to the simplest technology could (and can) publish anything. We assume that “fake news” is a recent phenomenon, but any scholar of publishing knows this isn’t the case: in past eras, pasquinades, pamphlets, and nouvelles à la main spread false information about conspiracies, scandals, and political intrigue. The incredibility of these texts is what makes them a pleasure. So are the accompanying images, which is why our chapbooks feature interior black and white photography.

Our parties and readings always include local authors from the Windsor-Detroit region. I’m not sure we engage in “dialogue” with other journals or presses, but we have friends everywhere, from big corporate houses to the smallest micropresses. Just recently, we had lunch with Karen Schindler of Baseline Press in London, Ontario. She’s been publishing beautiful chapbooks since 2011. I’m astounded by their quality. She binds each by hand at her dining room table.

Our events take place in the summer. They coincide with visits from the authors we host at the residency here in Kingsville.

Like I mentioned earlier, we sell our chapbooks on the Woodbridge Farm website. We spread word of recent publications on social media, via Facebook, Twitter, and Instagram. At present, the press doesn’t have dedicated accounts on any of these sites. It will eventually. In the meantime, you can keep up to date by following me on Instagram at @grantmunroe, or on Twitter at @grantcmunroe. I post on the former more frequently.
17– Do you take submissions? If so, what aren’t you looking for?

Our essays are solicited. We don’t take submissions. The exception is commercial work. Last spring, for example, we published an exhibition catalog for Arts Council Windsor and Region.

To date, we’ve published chapbooks by three authors: Diane Schoemperlen, Dani Couture, and Alix Hawley. Each wrote essays about their hobbies, and how those hobbies influenced their award-winning fiction and poetry. For decades, Diane has been assembling fantastic collages. Much of her material comes from old Victorian textbooks. Dani wrote about long-distance running – or not running, in fact, which, after an injury, became a hobby unto itself. Finally, Alix wrote about photography. Her Instagram account (@alixhawl3y) offers a trove of everyday scenes. In her essay, Alix describes how they purposefully reflect a mood of patient observation.

It’s common to assume that the authors we love are entirely focused on writing. But like most creative people, they’re engaged in a variety of interests. Nabokov chased butterflies. Slyvia Plath kept bees. We all know about Jonathan Franzen’s birdwatching. That’s a hobby he shares with Margaret Atwood. In No Time to Spare, the last book written by Ursula le Guin (embroidery), she tackles the subject of free time, and the way people fill it. “The opposite of spare time is, I guess, occupied time,” she writes. “In my case I still don’t know what spare time is because all my time is occupied. It always has been and it is now. It’s occupied by living.”

With this series we’ve undertaken, my hope is to collect as many essays by as many authors on the subject le Guin identified: the occupation of fruitful living. Who else is doing this? No one that I know. The result is wonderful. It deserves to be shared.