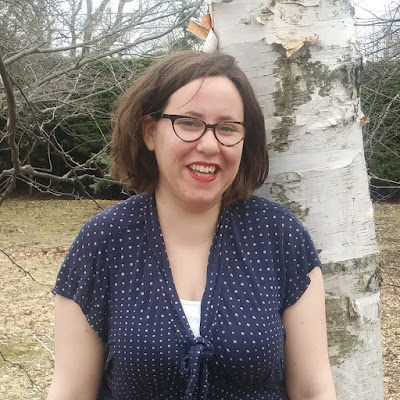 SadieMcCarney's work has appeared  in publications including EVENT, The Walrus, Prairie Fire, Grain, The Puritan, The Malahat Review, Plenitude, The Antigonish Review, and Room, as well as in The Best Canadian Poetry in English. Poems of hers have been finalists for the Banff Centre/ Bliss Carman Poetry Award, the Far Horizons Award for Poetry, and the Walrus Poetry Prize. Sadie's debut poetry collection, Live Ones, came out on September 7th, 2019 from the University of Regina Press.

Live Ones, out on September 7th, 2019, is my first book. I can’t really speak to how its publication has changed my life yet, but so far the process of working closely with a publisher and an editor has made me read my work more closely and with sharper tools than my previous equipment. I think that conversion has carried over into my more recent work - certain lines, to me, feel like they have to be refined more before they feel “done” enough.

I became a poet because, at 13, I wrote a short story that won a contest and sent me to a summer creative writing program for youth. There I was introduced to poetry that did things like swear and do crazy half-rhymes and feel like fire in your mouth. I wanted to make fire, too, so I started writing poems.

For me it happens one of two ways. Either I lug around lines for years waiting for the right poem to plug them into, or I get a word or line stuck in my head and jot out full a rough draft on the spot. Usually the insta-rough-draft poems are around ¾ there when I first write them down. Then, I tinker a lot and read it out loud so much that I’m sick of hearing it.

A word or a line, more rarely an image, gets stuck in my head like a bad song on the radio. Until I can write it down I’m repeating it waiting in line at Tim Horton’s, I’m chanting it in the bathtub, because the one thing those slivers of poetry are really good at doing is leaving.

If I get it written down, then it can start to turn into something.

It really depends on the project whether or not I’m actively writing a collection that all goes together. Live Ones was very loose and freewheeling. It was hard to turn it into something that felt like a cohesive whole. All of the projects I’m working on right now, on the other hand, very much feel like I’m writing “a book”.

I’ve never done a professional reading before! My first will actually be the launch party for Live Ones. I did readings for poetry class in university. High school was full of a lot of readings for me, too, because for part of it I studied creative writing at a school for the arts. At one of those readings, I was about to start in on a poem of mine and you could hear a pin drop in what was normally a very noisy and chaotic auditorium. That was the first time I remember seriously thinking, “I could actually make a go of this.”

These change from project to project for me. For Live Ones, it was generally “what are the tensions between the world of the living and the world of the dead?” But I don’t usually think in that big-picture way about my writing very often...unless “writing a better poem” is a theoretical concern? I’m very conscious of my status as a university dropout when I encounter questions like this. As in, I don’t feel educated enough to theorize properly, not even when it comes to my own work. But I think, too, that if I knew all of the questions I was trying to solve then it wouldn’t be as fun when I get to the surprise answer.

I used to think that a writer had a vital responsibility to humankind, toward truth and social justice at every turn. Now I think, if someone wants to take on that mantle, great, but for a lot of people it’s a mantle that requires immense privilege in order to access. So now, I think the role of the writer is to write. Anything else we can do with it is just gravy.

It’s difficult, but so needed; no poem is ever perfect. It’s like a box hedge: you have to prune it, and there’s always going to be a spot you missed. A good editor helps you prune your rough edges, even if that means abandoning a stretch of dying hedge altogether. Good things don’t have to be fun or easy.

“Keep sending your work out. Take heart; what you are doing has merit.”

It was a rejection slip from Gaspereau Press for my very thin, chapbook-like “first collection” manuscript in 2014. Those words, while a firm ‘no’, nourished me and propelled me to send out the poem that, through a bewildering process of publishing alchemy, eventually landed me a book publication offer from Oskana Poetry & Poetics at the University of Regina Press.

10 - How easy has it been for you to move between genres (poetry to fantasy for children)? What do you see as the appeal?

I wouldn’t say that I have moved between genres; I think I’d say that I’m a poet and aspiring fantasy author. (I always have trouble sustaining longer prose narratives past the halfway mark, but I’m still hopeful that I’ll manage it one day.) I think I see the main practical appeal as versatility in the workload - if I don’t feel like working on prose, the chances are good it’s a poetry day, and vice versa.

Writing is sporadic, for me, and I’m terrible at sticking to my own schedules most of the time. I often find myself drafting in the evening, but that’s more of a trend than a rule.

A hot shower. A brisk walk around the neighbourhood. Playing with my cats. Anything that gets me off the page and out of my own head. Movies and TV and books tend to make it better initially but also worse overall, in my experience, because then you just have somebody else’s ideas rattling around in your head alongside your own. So much mental clutter.

Roast beef dinner cooking. It reminds me of my grandparents’ house, which is where we celebrated most holidays and birthdays. I’ve been a vegetarian since I was 13, but I’d chuck it all out for an exact replica of my Grandma’s roast beef dinner.

I know almost nothing about botany, but I find myself captivated by whatever plants end up being around me. There’s so much to be gained in a fictional world by writing about its plants - the period, the time of year, the part of the world, everything.

That, and when I was about 11 or 12 I had a giant old art history textbook and an encyclopedia of mythology. I loved both of them, and those are probably two of the books that have influenced my work the most. We were poor and didn’t live anywhere near an art museum, but through those books I got to experience everything from Beowulf to Byzantine church art to Basquiat.

Write a prose novel that actually hangs together as a whole book.

I think I might have done okay in marketing, or a communications job. But I have some mental health concerns that prevent me from working “a day job” at the moment, so I consider myself very lucky to have writing to fall back on. (Yes, writing is my “fall back” career. I do most things backwards!)

It was the only thing in school that I was really any good at. I got okay marks in most other classes if we’re excluding gym, but English was the only subject where I felt like I got to show off a bit. That felt pretty good.

For years I was ashamed of this. I was told that to be a Real Writer you had to write because not to write would torment you. Now, I’m not buying that. I simply write because I am not very good at most other things, and that’s okay.

Book: Sophocles’ The Three Theban Plays, translated by Robert Fagles, which I re-read for an upcoming project. I don’t watch many movies, but The Wife was a superb and twisty take on what it really means to “be a writer”. Glenn Close is magic.

Posted by rob mclennan at 8:31 AM
Labels: 12 or 20 questions, Sadie McCarney, University of Regina Press