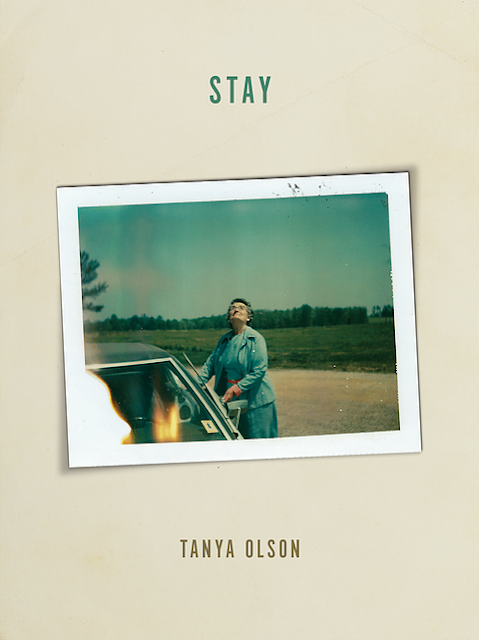 I’ve been enjoying the rhythmic rush and rushes amid the unrest of Maryland poet Tanya Olson’s second full-length collection, Stay (Portland OR: YesYes Books, 2019). Stay is a collection that write the conflicts and difficulties of remaining in a particular setting, situation or even series of situations, and her poems are populated with a wealth of desire, drunk uncles, politics, nephews, Ocean Vuong, islands, ships and pretty boys. As she responds in a recent interview posted at The Adroit Journal, conducted by Erica Charis-Molling: “The idea Stay began with was what it costs to stay in a place, idea, or identity and what it costs to leave those same things. I was thinking about this on a personal level (I left Durham, NC, after 13 years there, I started a new job, my father died) but it’s a foundational American question too. Who gets to go? Who has to stay? When do we change? When do we persist? What are the rewards and costs of either? We are, as individuals, as groups, as a country, often both, as you perceptively call it above, both in transition and stuck.”

Throughout her collection of vibrant lyric poems, Olson monologue in waves, with lines propelled by pulses, staggered phrases and popping language, pushing and further until finally coming to rest, or conclusion. Her poems feel layered, staggered and accumulative, as she writes to open “Nothing Left To Burn Down Here”: “One winter there struck / a terrible storm Snow / then ice Snow then ice / Over and over again / Wind blew drifts Cold / froze them hard Layers / that made everything / impossible No getting / out Nothing to get in / The mother explained / the shortage of fuel oil / How they would live / in one room together [.]” There is something in the longer poems that feels more open and fulfilled, where Olson allows herself more space to breathe, pulse and stretch, than the shorter poems. Either way, the variety of shape, pattern and style is impressive, shifting from lyric fragments to prose poems to expansive threads with such remarkable ease. Throughout the poems in Stay, Olson revels in space and rhythm, and there’s something she achieves though simple use of capitalizations within her lines that open up a patter and patterns that are quite rich, as she writes to close the poem “In A World Only A Little Different”: