12 or 20 (small press) questions with Tom Jenks on zimZalla 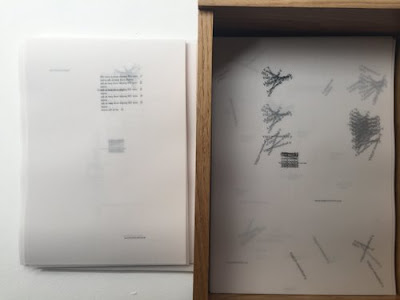 Aside from editing zimZalla, Tom Jenks is a writer with thirteen published books, the most recent being A Long and Hard Night Troubled by Visions (if p then q, 2018). Other publications include The Tome of Commencement (Stranger Press, 2014), a spreadsheet translation of the Book of Genesis, and An Anatomy of Melancholy (Sad Press, 2016), a Twitter re-write of Robert Burton’s The Anatomy of Melancholy.

When did zimZalla first start? How have your original goals as a publisher shifted since you started, if at all? And what have you learned through the process?

zimZalla began in 2009. Before that, I set up and edited a magazine called Parameter, which ran for nine issues. My goal at the outset was simply to do something different and although the details of what that’s meant in practice have changed over the last ten years, the mission remains the same. The key thing I’ve learned as a publisher is that it can be done and that you don’t need anyone’s permission. Just do it, as the Greek goddess of victory says.

What first brought you to publishing?

I’d always been interested in it and the possibility of doing it small scale, lo-fi and independent. I was influenced in that regard by indie record labels of the 80s and 90s, which produced some of my favourite artists. I remember watching a documentary about Glasgow’s Postcard records and how Alan Horne, the founder, ran it from a drawer in his bedroom. I liked the idea of that. It seemed achievable, furniture permitting.

What do you consider the role and responsibilities, if any, of small publishing?

Be open, be attentive and put the writer first. And don’t do it for the money. If it’s money you’re after, you’re better off getting a paper round. 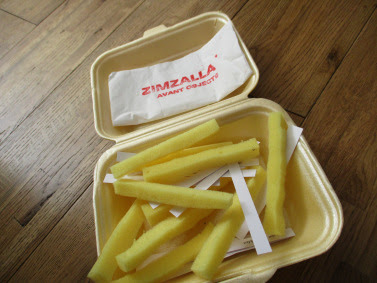 What do you see your press doing that no one else is?

Some of the things I’ve published would have happened anyway, but there are some that I feel wouldn’t exist without zimZalla, at least not in the form they do: Stephen Emmerson’s poetry board game, for example, or Sue Birchenough’s Takeaway Britain, a self-assembly poem in a stryofoam box with sponge chips and a sachet of sauce. I can’t imagine that on Faber & Faber.

What do you see as the most effective way to get new items out into the world?

The web has been a game changer for small presses. I don’t have the means for publicity in the more conventional sense, so having the web to build networks over the years has been vital.

How involved an editor are you? Do you dig deep into line edits, or do you prefer more of a light touch?

For zimZalla, editing isn’t so much about changing this word or that word, more about working with the writer/artist to develop a means by which their idea can be physically realised. This is often a collaborative, experimental process.

How do your titles get distributed? What are your usual print runs?

This varies. There is no normal. For the more conventional, bookish publications, I’ll get a few done then make them available print on demand. For the more baroque productions, the number of copies will be small, sometimes only single figures.

How many other people are involved with editing or production? Do you work with other editors, and if so, how effective do you find it? What are the benefits, drawbacks?

Just me. The plus side is that there are no editorial arguments. The downside is that sometimes there is no-one to share the load with. I run zimZalla on top of a full-time job. 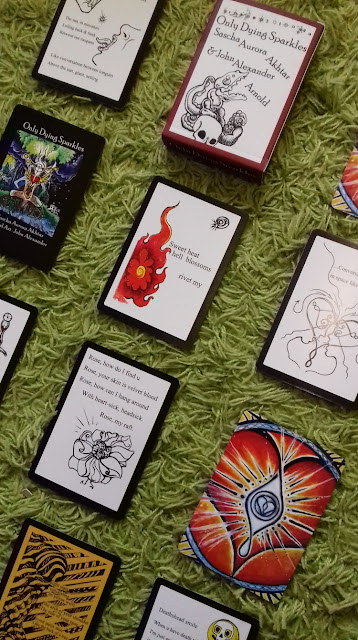 How has being an editor/publisher changed the way you think about your own writing?

It’s certainly made me more tolerant if a magazine, press etc takes a while to get back to me or doesn’t get back to me at all, as I understand the pressures. It’s also made me think more about what it is that I am doing in my own work. I get a fair few submissions to zimZalla where the press will clearly not be a good fit and they haven’t done even the most cursory research. So I suppose it hasn’t changed the writing, but it’s made me more aware of where the writing might fit in the wider world.

How do you approach the idea of publishing your own work? Some, such as Gary Geddes when he still ran Cormorant, refused such, yet various Coach House Press’ editors had titles during their tenures as editors for the press, including Victor Coleman and bpNichol. What do you think of the arguments for or against, or do you see the whole question as irrelevant?

I haven’t published myself and I don’t think I would. I’ve been lucky enough to find outlets for my work elsewhere. I see zimZalla as of a piece with my creative output, but ultimately a separate entity.

How do you see zimZalla evolving?

More of the same, maybe fewer and bigger projects. I tried crowdfunding for the first time with a recent project and that worked well, so maybe more of that as a means of doing things on a larger scale. Also, I think, a return to zimZalla first principles and focussing on more unusual forms rather than books.

What, as a publisher, are you most proud of accomplishing? What do you think people have overlooked about your publications? What is your biggest frustration?

I’m proud of having done it for 10 years and producing nearly 60 projects. The perennial problem for me is publicity and getting the work visible. I worry that writers bring me these amazing things and not enough people know about them, but I work hard on that. I think it’s a problem with experimental literature generally, certainly amongst my group of friends who are publishers.

Who were your early publishing models when starting out?

Aside from the aforementioned music reference points, I didn’t really have models as such, as I felt I was doing something different. It was more a case of inspiration than templates. I loved Mark Pawson’s work, where he produced little books documenting what he found inside Kinder Eggs and how often his bike wheel got stolen. I also loved Stuart Mills’ Aggie Weston’s publications and his work in general. The stuff I’ve gone on to produce hasn’t necessarily been in that vein, but finding these things showed me that other things were possible than the classic, perfect bound book. A further musical inspiration was Factory records. I lifted the idea of numbering everything from them, but I suppose you could say they in turn lifted from Warhol. Fair game. 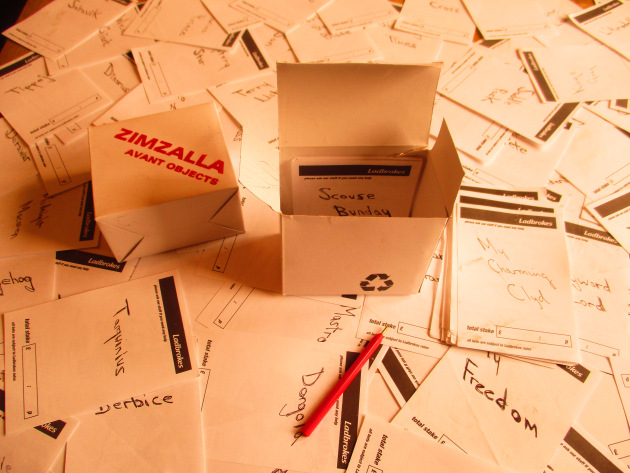 How does zimZalla work to engage with your immediate literary community, and community at large? What journals or presses do you see zimZalla in dialogue with? How important do you see those dialogues, those conversations?

Dialogue and conversation is what it’s all about. I talk a lot to James Davies, who runs if p then q. Alec Newman, of Knives Forks and Spoons, is an old friend as is Steven Fowler, who isn’t a publisher as such but is involved in a massive array of connecting projects. I talk a lot, too, to other writers. I won’t list them all, as it will turn into an Oscars speech. These conversations are happening all the time and really help in developing ideas and also keeping up morale. That sounds negative, but if you’re producing stuff on a small budget and juggling work and other things, feeling connected is very important.

Do you hold regular or occasional readings or launches? How important do you see public readings and other events?

Undoubtedly, the best way to sell something is for someone to perform from it and for it to be available right away, on a table, priced, with someone to take the money. James Davies, Scott Thurston and I ran The Other Room reading series in Manchester for ten years and that was a vital part of zimZalla’s development. I got to know Tina Darragh, for example, who produced the first zimZalla, Opposable Dumbs, through The Other Room. Sometimes it worked the other way around, too. People I published would come to Manchester and read for us. Those connections were very important.

How do you utilize the internet, if at all, to further your goals?

As mentioned already, the internet is very important. Although the press is very physical in producing things that couldn’t exist digitally in the way that a book could, for instance, digital technology enables it.

Do you take submissions? If so, what aren’t you looking for?

I’m on a bit of a go-slow with zimZalla at the moment, working through the last of some projects that have been in the works for a while, but still open to suggestions. In terms of what I don’t want, I suppose people who don’t get the press’ very specific ethos. I’m interested in things that might find it hard to find a home elsewhere. I see zimZalla as an enabler of invention and innovation, so something that is conventional in form and content wouldn’t be right for the press, even though I might like it. I often use the analogy of the Temple of Zuul in Ghostbusters, which galvanises all the physic energy in New York and makes weird things happen. People don’t always get the reference, though. Why haven’t more people seen Ghostbusters? That’s a question for another interview,

Tell me about three of your most recent titles, and why they’re special.

The last three all embody zimZalla in different ways. John John’s In perfect blue night a while owlflies is a performative verse novel, completely blue, the only text, part from on the spine, being the title, in white on the cover. There are then 270 blue pages, an imaginative space. It’s playful, subversive, but also, as an object, very beautiful. Kimberly Campanello’s MOTHERBABYHOME is the biggest thing I’ve ever done – an 800 page, A4 book accompanied by six handmade boxes containing the book printed on transparent vellum. Aside from the physical aura of the piece, it is major work, based on material relating to the St Mary’s Mother and Baby Home in Tuam, Ireland, where 796 children died. Kimberly has worked through this material visually and conceptually to create something that is incredibly powerful. Sascha Aurora Akhtar’s Only Dying Sparkles is a tarot-inspired poetry sequence, with exquisite illustrations by John Alexander Arnold. The deck allows multiple readings and it’s this openness and participatory element that I really like. All three of these projects have it in different ways.