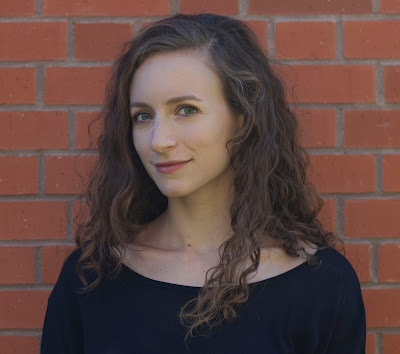 Lise Gaston’s first collection of poetry, Cityscapes in Mating Season, was published by Signature Editions in 2017. Her poetry, essays, and reviews have appeared in publications including Arc Poetry Magazine, The Malahat Review, Lemon Hound, Prairie Fire, and Best Canadian Poetry in English 2015. She lives in Edmonton and California, where she is a PhD Candidate in English at UC Berkeley.

1 - How did your first book change your life? How does your most recent work compare to your previous? How does it feel different?
I assumed all the reservations I had about the project would be amplified once the book appeared in print—permanent, unalterable. But the moment of receiving the book, holding the physical object, was an instant of pure pleasure, and try as my neuroses might (and they do try), that pleasure hasn’t worn off. Being able to consider this project finished, flaws and all, also allowed me to start thinking substantially of the next one.

My recent work—my current work—feels different from my previous poetry, in that it is less moored to group or institutional approbation. I did a lot of my earlier writing in the comfort (and discomfort) of workshops, and benefited from a lot of feedback and many different conceptions of what poetry is or can do. Now, I have fewer immediate readers, which means less confirmation that I know what I’m doing, but also less worry about fitting into some popular aesthetic. For better and worse, I’m working in a little more open space.

2 - How did you come to poetry first, as opposed to, say, fiction or non-fiction?
I took a writing class in my first year as an undergraduate at the University of Victoria, were we tried all those genres (drama too!), though I didn’t plan on majoring in it. The next year, I noncommittally took a few workshops, where I discovered that trying to account for all the factors of a prose story—plot, character, narrative, setting, conflict, etc.—was wildly difficult, whereas poetry’s (many) sonic and spatial difficulties were a little more manageable, or so I thought. Poetry started off as an intriguing way to get course credit, and somewhere along the way—I blame Lorna Crozier, Carla Funk, Tim Lilburn, and Steven Price—I got serious about it.

3 - How long does it take to start any particular writing project? Does your writing initially come quickly, or is it a slow process? Do first drafts appear looking close to their final shape, or does your work come out of copious notes?
I’ve already written a handful of scattered poems before I can conceive of them as part of a coherent work, so my poetic projects often begin before I’m aware. My prose projects—academic essays or book reviews—start slow, with lots of rereading and note taking. Once I’ve begun either, however, both verse and prose move very slowly. Occasionally the final shape of a poems will look like the first draft; essays never do. I print out most draft versions and edit with pen; it’s a long process but my thinking is better on a page than on a screen. And I reuse all the printer paper, to assuage my environmental guilt.

5 - Are public readings part of or counter to your creative process? Are you the sort of writer who enjoys doing readings?
I really enjoy readings. I get nervous, but productively so. I’ve learned that I like readings most when it’s not just me up there: when there is a collective of writers, my words in conversation with theirs.

6 - Do you have any theoretical concerns behind your writing? What kinds of questions are you trying to answer with your work? What do you even think the current questions are?
For Cityscapes, a driving concern was the problematics of seeing—taking on the voyeuristic or egotistical tendencies of lyric in a self-conscious way, as well as exploring the historical theory and practice of the picturesque as a mode of art and practice of sight. I’m interested in how ways of viewing are tied up with landownership, environmental conservation or destruction, gender discrimination, and the political limits or dangers of artistic production.

I think some current questions are ones of identity, inclusivity, how to reckon with culpability in fractured, damaged, colonized spaces. I think answers to these questions require many new and different voices.

7 – What do you see the current role of the writer being in larger culture? Does s/he even have one? What do you think the role of the writer should be?
I think the role of writers is to share their words, share what they create—like anyone sharing their craft, or their profession—to create an opening for something in the world, whether one be an artist or engineer or mechanic. And ideally there are platforms, public and financial support, for this opening.

8 - Do you find the process of working with an outside editor difficult or essential (or both)?
Essential. I am so grateful for my editor, Garry Thomas Morse, and his work on Cityscapes. Even points of disagreement (and those were few: he is usually right) help me think deeper and better about my own choices—a holdover from my many workshop days.

9 - What is the best piece of advice you've heard (not necessarily given to you directly)?
If not the best, then at least the most recent—an academic supervisor told me, in response to me weighing a narrative argument against a historical argument: “choose, and go with that one.” Because they were both a little right, both a little wrong, and I could acknowledge that—and then say something, create something out of them, instead of spinning in rhetorical circles.

10 - How easy has it been for you to move between genres (poetry to critical prose)? What do you see as the appeal?
I find it conceptually very easy to move between genres: the difficulty is carving out the time to do both. I try to find how both genres can achieve their own, separate kinds of clarity.

11 - What kind of writing routine do you tend to keep, or do you even have one? How does a typical day (for you) begin?
It depends on what other work I may be engaged in (namely teaching), but on days I can devote to writing, I try to achieve a modest quota of either time or pages, and then allow myself to relax a little into reading. But I’ve been teaching this semester, so I fear this is an ideal vision of routine, and my return to reality will be quite different. Regardless, my day begins with coffee and breakfast and the news, which slides into emails, which slide into writing. And then the second cup of coffee.

12 - When your writing gets stalled, where do you turn or return for (for lack of a better word) inspiration?
When I’m stalled, I read or I walk. Other people’s words and the world outside: if they don’t inspire, at least they entertain.

13 - What fragrance reminds you of home?
In a house, lilacs and woodsmoke. In a car, wet dog and cigarette smoke.

14 - David W. McFadden once said that books come from books, but are there any other forms that influence your work, whether nature, music, science or visual art?
Cityscapes was heavily influenced not by any specific work of art, but by historical ways of seeing, particularly the picturesque movement, with its romanticization of ruin, its coloured glasses. My work is influenced by place in general, whether urban or “natural”—I’m particularly intrigued by how unclean those categories are.

15 - What other writers or writings are important for your work, or simply your life outside of your work?
Too many contemporary writers, so I’ll list the long-dead women with whom I spend my days: Frances Burney, Anne Radcliffe, Charlotte Smith, Jane Austen.

16 - What would you like to do that you haven't yet done?
Make a quilt.

17 - If you could pick any other occupation to attempt, what would it be? Or, alternately, what do you think you would have ended up doing had you not been a writer?
An actress, If I could somehow bypass all the accompanying financial and emotional risk and rejection, which I’m okay suffering through as a writer, apparently.

18 - What made you write, as opposed to doing something else?
My parents are both writers, and though they never “made” me or my siblings try it out, I think their general happiness gave us all a very dangerous example.

20 - What are you currently working on?
Poems that think about movement, particularly women moving through public space. Related, poems about carriages. And my dissertation, always and forever.

Posted by rob mclennan at 8:31 AM
Labels: 12 or 20 questions, Lise Gaston, signature editions