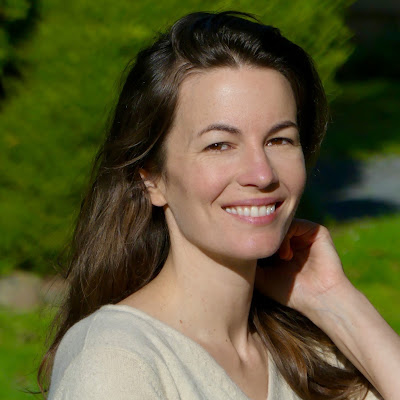 Catherine Cooper is a Nova Scotian author with a master’s degree in English literature and creative writing from Concordia University. Her first book, The Western Home: Stories for Home on the Range, was  published by Pedlar Press in 2014. Her first novel, White Elephant, was a finalist for the 2017 Amazon.ca First Novel Award. She lives in New Zealand, where she is working on a second novel.

1 - How did your first book change your life? How does your most recent work compare to your previous? How does it feel different?
The ways that my first book changed my life were subtle and intangible, which isn’t to say they were insignificant. My second book was harder to write than the first one, and the one I’m working on now is harder than the second. I’m drawn to writing about things that make me uncomfortable, and that seems to be ramping up over time, so each book has required me to go through more fear and doubt and especially shame, which is obviously inhibiting but also, in my experience, rewarding if you can get through it.

2 - How did you come to fiction first, as opposed to, say, poetry or non-fiction?
I actually came to poetry first. When I was 11, I suddenly started writing very dark, melodramatic poems. My mother thought I was a genius, and she bought every poem I wrote (I think she paid a quarter). I used it as a way to get out of doing chores, which enraged my brothers, because I would always be inspired to write whenever something needed doing around the house. I thought I had a great thing going on until I found out that my mother had mailed a bound collection of my poems to friends and family all over the world. I think I found out because my eldest sister was concerned about me. The poems really were very dark. I didn’t take up creative writing again until my mid-twenties, and I don’t know why I chose to focus on fiction then.

3 - How long does it take to start any particular writing project? Does your writing initially come quickly, or is it a slow process? Do first drafts appear looking close to their final shape, or does your work come out of copious notes?
Each book has been different, and nothing has come quickly. My books have all required a lot of research, so there are many layers of notes, and the process of sifting the details of my research into story, character and setting is one of my favourite aspects of writing. Of course it’s also very tricky and time consuming, and as a reader I appreciate so much when it’s done well, which for me means that you don’t notice it at all.

4 - Where does a work of fiction usually begin for you? Are you an author of short pieces that end up combining into a larger project, or are you working on a "book" from the very beginning?
Before I knew how much goes into writing a book, I came up with ideas for books all the time, but now it takes a lot for me to think of a project as a longer work. For me, a work of fiction usually begins when I encounter something and think this is a story. After that, I’ll carry that idea or image around until I’ve figured out what kind of story it could be. In the meantime, I filter the things I see and experience according to their potential usefulness to that story, and slowly connections emerge and things start to take shape. After that, the writing is just trying to realize the initial idea.

5 - Are public readings part of or counter to your creative process? Are you the sort of writer who enjoys doing readings?
I’m not a natural public speaker, but I’ve had to learn to get over myself and do it anyway, and more than anything I feel grateful to have had opportunities to share my work in that way, even if it’s a bit overwhelming sometimes. What I’ve found helpful is remembering that I can do readings as myself. I don’t have to be any more knowledgeable or less awkward than I am.

6 - Do you have any theoretical concerns behind your writing? What kinds of questions are you trying to answer with your work? What do you even think the current questions are?
The questions I’m interested in are the same ones I assume we all have and will always have, and I don't think I'm trying to answer them as much as I'm depicting other people trying. The theme that is consistent in most of what I write is the tension between the desire to understand—to put the world in order—and the ways in which life thwarts that desire while maybe opening a door to a deeper understanding (which might transcend understanding altogether). I can’t write about what it’s like to arrive there, if such a thing is possible, but I can write about attempts and failures.

7 – What do you see the current role of the writer being in larger culture? Does s/he even have one? What do you think the role of the writer should be?
It depends. Maybe one writer’s role is to make one person feel less alone, or to find the courage to express something only to herself. Of course there are much more lofty roles that writers can play, but I don’t think should comes into it.

8 - Do you find the process of working with an outside editor difficult or essential (or both)?
Both. The last editor I worked with was Barbara J. Scott, who edited my novel White Elephant. From the first time we spoke, I felt like she understood exactly what I was trying to do, and she was able to identify how I was missing the mark and make concrete suggestions for improvement. There was one significant thing that we disagreed on, and she wrote me an email where she basically said, “Ultimately it’s up to you, but these are the reasons why I think you should make this change.” During the course of reading that email, I went from “I won’t do it” to “I’ll do it, but I won’t like it” to “Of course she’s right, and obviously I’ll do it.” And I’m a stubborn person. So it depends on the editor and how well-matched you are. I’ve been very lucky.

9 - What is the best piece of advice you've heard (not necessarily given to you directly)?
I liked George Saunders’ advice about climbing your own mountain. He spoke to our class at Concordia, and he talked about how when he first started writing he was trying to climb Hemingway mountain, or whatever the example was, but then at some point he realized that he was only ever going to be the guy hanging out on the side of that mountain, because Hemingway (or whoever the example was) was already at the top. So he decided to climb his own mountain.

11 - What kind of writing routine do you tend to keep, or do you even have one? How does a typical day (for you) begin?
I really try to keep a routine, but it doesn’t work because I move around too much.

12 - When your writing gets stalled, where do you turn or return for (for lack of a better word) inspiration?
Usually I read my favourite books. I’m not as well read as I would like to be because I tend to reread the books I love. Right now I'm rereading Mating, by Norman Rush. I also find music helpful when I’m stuck, so I usually have a playlist for whatever I’m working on, but I try not to listen to it unless I really need to, because the effect wears off.

14 - David W. McFadden once said that books come from books, but are there any other forms that influence your work, whether nature, music, science or visual art?
Right now I’m influenced by Czech folk music, which is a big part of the book I’m working on. I’m also influenced by medicine, and most of what I write is related to medicine somehow.

15 - What other writers or writings are important for your work, or simply your life outside of your work?
Leonard Cohen and Jaromir Nohavica have both been important to me. Leonard Cohen’s music helped me a lot when I went through a rough time as a teenager.

16 - What would you like to do that you haven't yet done?
I would like to finish the novel I’m working on.

18 - What made you write, as opposed to doing something else?
I guess a part of it is that the other things I tried didn’t work out very well, but I also find writing very helpful. Everything I write is inspired by something personal, which I am able to explore through the distance offered by a fictional story. It’s probably unsophisticated to talk about writing as autotherapy, but I see it as a fair trade-off between my writer self and my everyday self that one gets material and the other, through the process of writing, gets a new perspective.

20 - What are you currently working on?
I’m working on a second novel, a love story set in the Czech Republic.