DEODORANTS GROW BORED OF THEIR SMELL 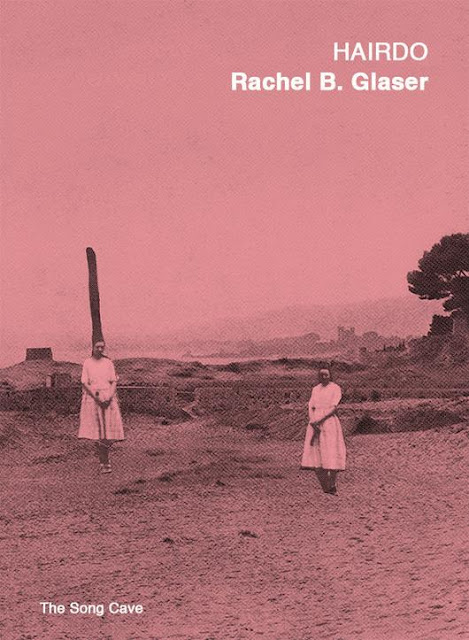 Northampton MA writer Rachel B. Glaser’s fourth book (and second poetry collection) is HAIRDO (The Song Cave, 2017), the oddest combination of surreal and straightforward lyric, composing a series of first-person explorations of self and the world. These are poems meant to be heard. Reflecting an occasionally dark and risqué humour, poems such as “TEENAGE GIRLS HOT FOR THE EIFFEL TOWER,” “THOSE WOMAN WOMAN MAN THREESOMES IN PORN” and “WHILE I WAS A TREMENDOUS TEENAGER, YOU WERE STILL READING THE UNAUTHORIZED BIOGRAPHY OF BOWSER” are composed through a bravado that shows the narrator as a force to be reckoned with. Neither easy, straightforward or safe, Glaser’s poems are forceful, insistent and wonderfully confident, unflinching even in her self-assessments or self-criticisms, and might just require to be read aloud, for the sake of understanding what it is she is doing, especially through poems that might appear to be writing out juvenile narratives of girls who love their guitar teachers, movies, parties and other essential ephemerae of youth. The end of the poem “WHILE I WAS A TREMENDOUS…” reads:

Posted by rob mclennan at 8:31 AM
Labels: Rachel B. Glaser, The Song Cave