(another) weekend in old glengarry, 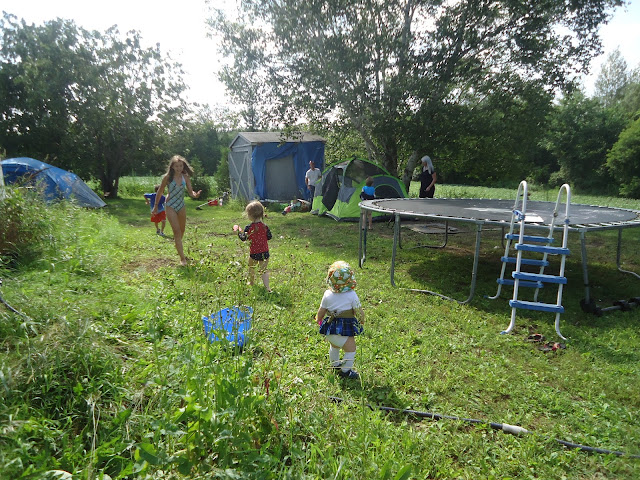 We didn't make it to the Highland Games this year [see last year's post here], but still headed over to the homestead for the sake of my sister's annual bbq, held at her old log house on the hill. Given we rented a car for the sake of transporting my eldest daughter, Kate, and her boyfriend, it just seemed easier to forego the Games this time 'round and head straight for the bbq on the Sunday of the long weekend, where the kids ran around, and the rest of us took as much break as was possible. I was tempted by the Games, and they'd asked me to do an updated version of the talk I gave a few years back [see such here], but I didn't even have the attention span to look at the essay again, let alone poke at it for updating. And, with the car rental requiring pick-up at noon on Saturday, it just seemed easier to wait until next year. There is always next year. 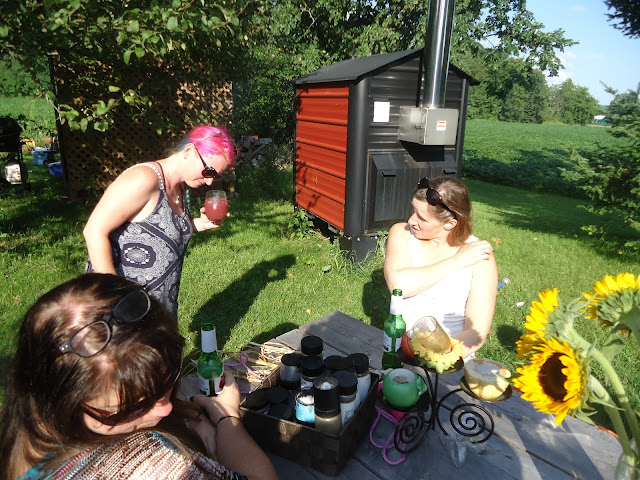 A nice bonus this year was the appearance of Clare Latremouille, as well as poet Kristina Drake and her husband (all for the first time), none of whom live terribly far away. Technically, despite the turns north, Clare now lives on the same road as my sister and father, only a few miles east, having finally moved full-time to the property they purchased a couple of years ago. Drake, who is launching a new chapbook at the above/ground press anniversary event later this month, lives as far from the homestead as we do, but in the opposite direction, towards Hawkesbury. 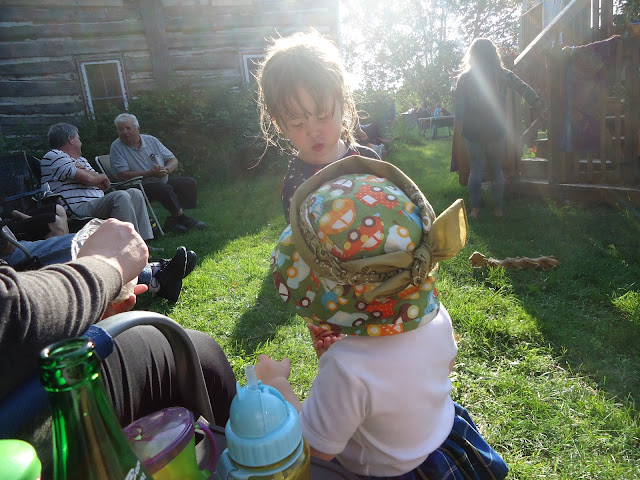 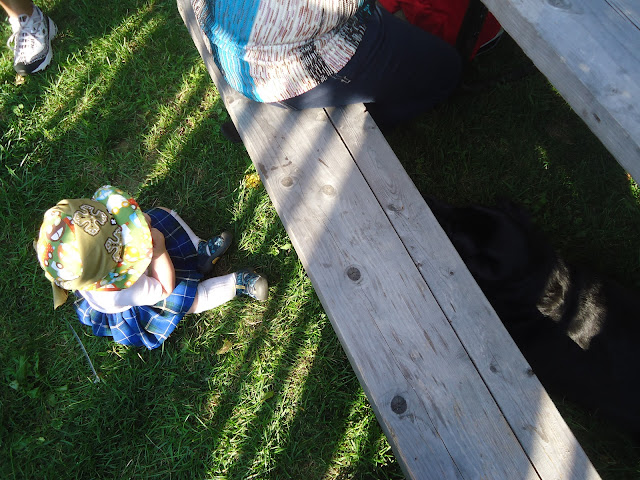 It was nice to have Kate and her boyfriend Quinn at the bbq this year, the first he's been to as well. He runs a printing business that Kate now runs media and marketing for, so if you have any poster or t-shirt needs (etcetera), you should totally look at what they're up to. En route to collect Kate, I picked up a new life jacket for Rose, as she would spend the entire day in the pool if we allowed her to (and she very nearly did, corralling a series of cousins and others to watch her splash around). Aoife, on her part, spend the day toddling about seeing what everyone else was up to, and repeatedly went over to say hello to my sister's dog, Tank. Or she was climbing. Always climbing. (She repeatedly climbed up the picnic table, including tipping an entire flower vase of water all over her, which she very much did NOT care for.) 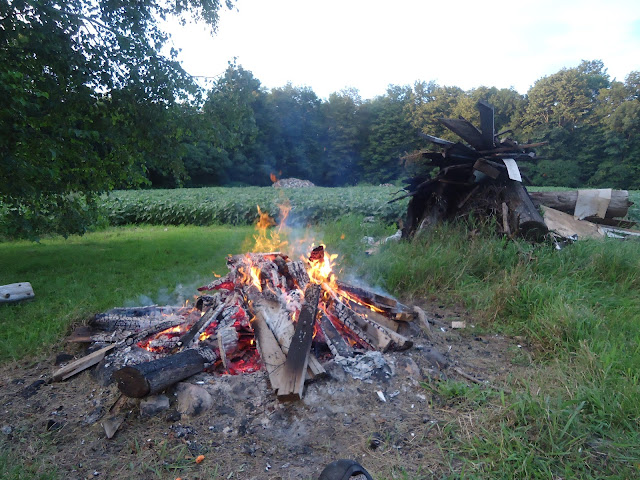 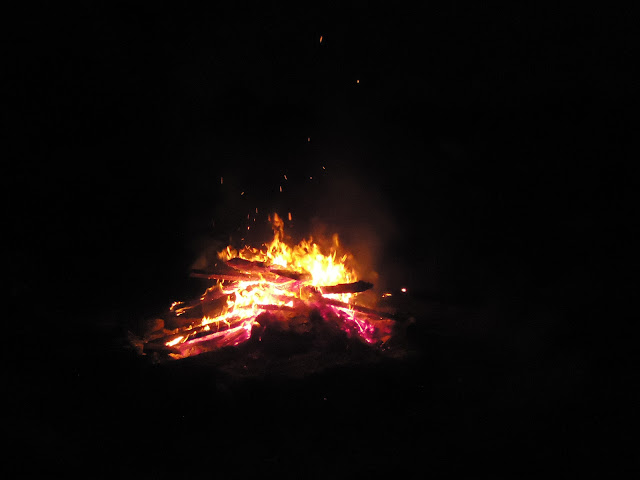 Given the farmhouse isn't entirely set up for baby-sleeping, it seemed easier for Christine to head home with the young ladies once evening begun to set in, as I remained to return Kate and Quinn home the following morning, before returning the rental car. We sat by the bonfire and talked about things and stuff, listened to the absence of noise, and, of course, fireworks. 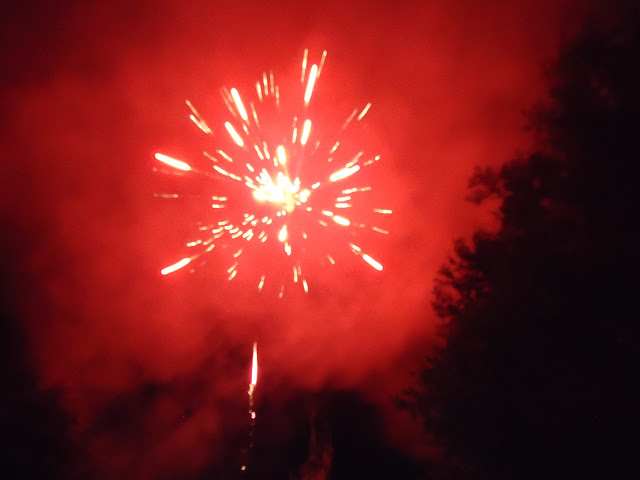 Just before 2am, I walked the short stretch down the road to the unlit homestead (my father had forgotten that I was staying there; fortunately, he hadn't locked the doors). The dog, at least, at the top of the stairs, said hello.