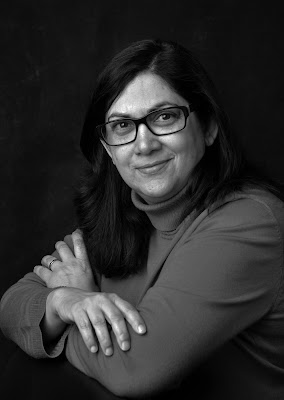 Shani Mootoo was born in Ireland, and grew up in Trinidad. She is a visual artist, video maker and fiction writer.  Her paintings have been exhibited in solo and group exhibitions internationally, most notably at the Vancouver Art Gallery, The Queens Museum, NYC, and at the Venice Biennale. Her videos include English Lesson, Wild Woman in The Woods and Her Sweetness Lingers and have been screened internationally, including at the Museum of Modern Art, NYC.

Mootoo divides her time between Grenada and Canada.

She was writer-in-residence at the University of Alberta during the 2001-2 academic year.

Q: When you began your residency, you’d published a couple of books over the previous decade, and been involved in a wide variety of art exhibitions and short films. Where did you feel you were in your writing? What did the opportunity mean to you?

A: When I began the residency, I had three books, Out on Main Street which is a small collection of short stories, a novel Cereus Blooms at Night, and The Predicament of Or, which is a book of poetry. So each one was in a different form of writing, but not a conscious effort to try out the different forms. At the time, writing in general was just another creative ‘outlet’, and supplemented the visual art and video-making I was doing. Writing allowed me another form of expression for the same kinds of issues I was taking on in the visual and video arts. The residency was a great opportunity- space, time and an honorarium- to see what would I might with the writing, again. What I worked on became He Drown She in the Sea, a novel. It really did something for me, as by the end of it I had two novels under my belt, so to speak. It gave me the sense that I was not simply dabbling in yet another art form, and I learned unequivocally that writing was going to be an important medium for me, quite different from the visual art and the video, very specific and necessary for my creative voice.

A: My first novel, Cereus, was a kind of experiment- based on practices I engaged in, in art making. It was fairly organic. I didn’t know the story when I began it, nor the characters, nor the beginning or the end. I began that book with a tiny picture in my mind, of an old woman, and wanted to try and figure out, through the writing, who she was. So, in some ways, my process was more of an art-making process. I wanted to use the opportunity of the residency to try and write in a more organized manner, with more of a plan, a more solid idea at the beginning. In other words I wanted to try and work like a writer, not like an experimental painter or video-maker.

It wasn’t entirely possible in the end, as I so very much enjoy discovery in creative processes. I found out many related things during that term- that I really do love writing as a discrete form, that having a plan at the top of the work makes life much easier (a novel is long and can get unwieldy fast), and that once I had a plan of sorts it made veering this way or that way much easier, much more enjoyable. There was a map with main roads, yet room for leaving the road for a little adventure, and then coming back. I found out that I really love the long form, the time it takes, the time one can go away far into one’s mind, one’s imagination, and think and analyze and flesh out. It’s not too strong to say that it was through that residency that I saw that I could indeed be a writer one day.

A: There were readings at the University at which I met students, readings in the Edmonton area where I met residents, and talks in classes where I really got to engage with students. In the office, I saw a few very interesting writing projects from students at the University, from faculty members who were trying their hand at creative writing, and from residents of the area who had manuscripts they wanted a comment on. In general the community was incredibly generous and hospitable, inviting me here and there, but I came in time to understand that this is just the way Edmontonians are. I really enjoyed it.

A: I wanted to see if I could do it again. If I could write again. Another novel. Anything. Something. I began and worked well into He Drown She and it was finished about two years later. The start of a book, a novel, was an achievement, then, but more than that, I think it was finding out that writing was not just another opportunity to express myself in another medium, but that it was a discrete form that I was not going to let drop.

And the book was longlisted for an IMPAC award, a not too small thing.

A: Landscape is landscape. The first landscape I ever knew was the Trinidad landscape. Then it was Vancouver and B.C. I wrote my first three books in B.C. The short stories and novel were very much centered in Vancouver, but the landscape of the poetry was B.C. Trinidad, Australia, Belgium, Nepal. Whenever I wrote in B.C. or in Alberta, an important part of writing was bicycling. Not commuting, but riding in nature. That was when I did my best ‘writing’ – on the bicycle. I would go into the River Valley, or to Jasper or Banff, just to walk or ride, or breathe, and return with the so much inspiration- not to write or paint that landscape, because of the mental clarity was I able to find there, to tackle issues in my novel that were about, say, love, race, immigration, sexuality, friendship.

I met many people who were writing, but it wasn’t their actual writing that influenced me. We didn’t share our writing. But we shared something as valuable- the drive, the passion, ideas, food- the sense of being a band of a certain type of person, and I found validation- and I hope I gave that to others. There’s one person I did share with, actually, and that was Ted Bishop, a Professor of English there – he gave so much of himself – his friendship, his work, he took mine, there was food and coffee with him, and he, I would say, was one of those people who made me feel like I was a writer. I made some very good writing friends, inside and outside of the University. It was a really terrific opportunity. Very-very grateful for it.