Throughout Waldrop’s connected careers as poet, translator, and publisher, the world is established, tentatively, via a constant negotiation between languages, texts, cultures, histories, between forms and grammars, between familiarity and strangeness, self and other, word and silence, just as, also, it is a negotiation of those more knotty fissures between home and refuge, life and writing, matter and transcendence, tradition and innovation. Waldrop’s is a poetry of betweens, of crossings, of differences and relations. Metonymy takes precedence over metaphor; differences become contiguous rather than equivalent. “I enter at a skewed angle,” Waldrop writes in the notebook, “The Ground is the Only Figure,” “through the fissures, the slight difference.” “Gap gardening,” Waldrop calls it, “the unbedding of the always.” (Nikolai Duffy, “INTRODUCTION”) 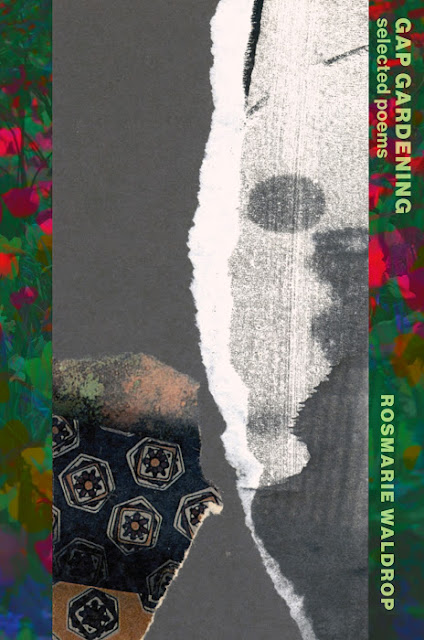 It’s difficult to overstate the excitement of a new poetry title by Providence, Rhode Island poet, editor, translator and publisher Rosmarie Waldrop, and even more for the two hundred pages-plus of her Gap Gardening: selected poems (New York NY: New Directions, 2016). Edited by Nikolai Duffy and the author, Gap Gardening selects work from seventeen of Waldrop’s collections produced over a forty-year span: The Aggressive Ways of the Casual Stranger (1972), The Road Is Everywhere, or Stop This Body (1978), When They Have Senses (1980), Nothing Has Changed (1981), Differences for Four Hands (1984), Streets Enough to Welcome Snow (1986), The Reproduction of Profiles (1987), Lawn of Excluded Middle (1993), Reluctant Gravities (1999), Shorter American Memory (1988), Peculiar Motions (1990), A Form / Of Taking / It All (1990), A Key into the Language of America (1994), Split Infinites (1998), Blindsight (2003), Love, like Pronouns (2003), Splitting Image (2005) and Driven to Abstraction (2010). Waldrop’s poetry, predominantly shaped via the prose poem, is constructed out of incredibly dense phrases and sentences; a poetry that punches from point to point, ideas and narratives that quilt in unusual shapes and contortions.

Looking at a picture of the landscape is easier than looking at the landscape. The past, upon scrutiny. Not just postwar focus, but deep and fetid. Interval eclipsed. By fog misunderstood as bird and egg, shadow by shadow. Once father and mother dissolve: dragonflies, mosquitos, missing ribs? The sign for hand in the upper right corner perhaps indicates ownership. Culture gives us these ideas. Depending on the number of chambers in the heart, trepidations of the flesh. (“Split Infinites”)

Waldrop’s poetry is constructed out of a sequence of sentences, tangentially direct and fiercely intelligent, engaged in a philosophy of meditations, writing and politics, as well as the ways in which language can accumulate and twist towards alternate meanings. As she writes to open the poem “from Hölderlin Hybrids,” from Blindsight: “The world was galaxies imagined flesh. Mortal. What to think now?” In his introduction to the collection, Duffy situates the uniqueness of Waldrop’s place in American writing: “Born in Germany in 1935, but resident in the United States since 1958, Waldrop is both an American poet with a continental European accent, and a European poet whose foreignness is one of her principally American characteristics. It is also for this reason that it is difficult to know quite where to place Waldrop: her work shares and develops many of the concerns of the post-second World War American avant-garde but at the same time it does not quite fit neatly into any of the critical molds or theoretical pronouncements of American experimental poetics. Similarly, Waldrop is closely connected to innovative poetries in French and German, but she comes at them, despite her own German roots, at a cultural and linguistic divide.”

THIS TIME OF DAY, hesitation can mean tottering on the edge, just before the water breaks into the steep rush and spray of the fall. What could I do but turn with the current and get choked by my inner speed? You tried to breathe against the acceleration, waiting for the air to consent. All the while, we behaved as if this search for a pace were useful, like reaching for a plank or wearing rain coats. I was afraid we would die before we could make a statement, but you said that language presupposed meaning, which would be swallowed by the roar of the waterfall.

TOWARD MORNING, WALKING along the river, you tossed simple objects into the air which was indifferent around us, though it moved off a little, and again as you put your hand back in your pocket to test the degree of hardness. Everything else remained the same. This is why, you said, there was no fiction. (“Feverish Propositions”)