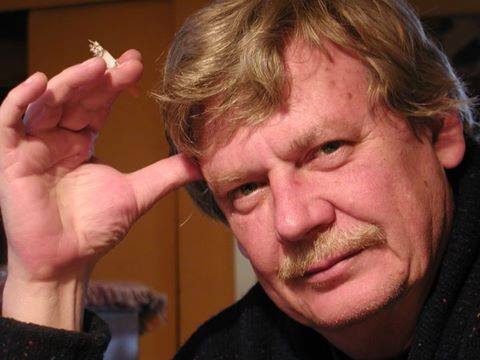 North Bay poet Ken Stange has died, after a brief illness. Extensive biographical and bibliographical information can be discovered via http://www.kenstange.com.

As poet and critic Gil McElroy posted yesterday on Facebook:

Ken Stange died today. He was the first poet I actually knew. When I left university, I was committed to poetry, but other than reading widely I was a bit lost in terms of what to do now. A friend mentioned that someone teaching at Nipissing University in North Bay was publishing a literary magazine, and maybe I should get in touch with them. That's how I met Ken.

I got involved, and it changed my life. I had focus and something of a direction. Because of Ken. When some of the founders of White Water Gallery invited him to organize readings there, I became involved in artist-run culture and ended up working in it. Because of Ken.

I met his amazing spouse and life-partner Ursula. They made their immense library available to me, letting me explore on my own. I delved into their music collection, and made my first serious forays into classical and jazz. They gave me Nina Simone. I gave them Tom Waits.

My poetry grew and took shape, not all of it in promising ways. Ken took issue with my early austere and almost un-human poetics when I was trying hard not to feel. He was right, of course, but I begrudged him his keen and discerning eye when I began to allow myself to feel again and write myself in a direction that didn't involve terminus in a kind of poetic extinction. We didn't see eye to eye on a lot of stuff, nor really should we have. That's not what mentors do. Ken didn't want me writing a junior version of his own work. He wanted me to inhabit my own skin, and turn that into words. I'd have a been a very different poet without him.

The one I am is because of Ken.

Rob wow sad news. i remember Ken well and he was such a presence in the poetry scene in Canada for years. Thank you for sharing this sad news.