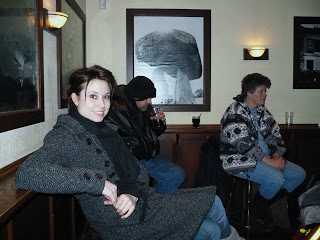 [A 2008 photo of McCawley (in the background) from my Factory (West) Reading Series; see the post it came from here] An enthusiast for what he referred to as “transgressive, urban post-realist writing,” he founded Greensleeve Editions in 1988, a press that produced over fifty chapbook titles, including works by writers such as Janice Williamson, Daniel Jones, Neil Scotten, Ken Rivard, Richard Stevenson, Andrew Thompson, sd edwards, Faye Francis, Michael C. McPherson, Giovanni Testa, Beth Jankola, Shannon Sampert, alan demeule, James Thurgood, Carolyn Zonailo and Stephen Morrissey. According to one bio, “From 1986 to 1993, Mark taught poetry and fiction as a creative writing instructor for Continuing Education (now Metro College).” Since 1993, he’d edited and published the litzine, Urban Graffiti, a print journal that shifted to online publication in May, 2011 with issue 11. Well-known as both curmudgeon and contrarian, McCawley railed against monotony in literary writing and culture, and was a fierce and loyal supporter of a number of writers across Canada, from Amanda Earl, Stuart Ross, Liz Worth and Thea Bowering to Matthew Firth, Catherine Owen and Julie McArthur, among so many, many others, whether through Greensleeve Editions and Urban Graffiti, through numerous interviews he’d conducted, and reviews posted via his Fresh Raw Cuts. His dedication to the late Daniel Jones, for example, meant that he worked to keep Jones’ work in constant print, as Nathaniel G. Moore revealed in an article for Poetry is Dead:

Yet other work still remains in limited edition quantities. Mark McCawley, editor of Edmonton’s Greensleeve Editions and the underground literary journal Urban Graffiti, published Jones just before his death and kept the letters the late writer sent him. “I published a chapbook of Jones’, The Job After The One Before, in 1990. Ever since, I have endeavored to keep the chapbook in print, re-printing whenever necessary.” 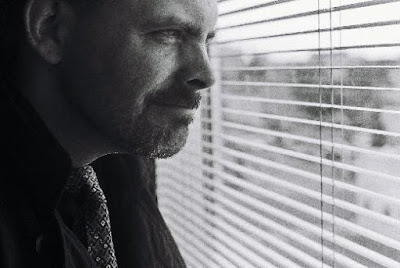 Far more active over the past decade or so than he’d been during the early 2000s, he blogged regularly for Sensitive Skin, posted music podcasts (here and here), provided essential critical and personal support to numerous writers, regularly started arguments and kicked against the pricks. I know he had a series of ongoing, and rather serious, health issues, some of which were due to his two-decade battle with chronic pain (and a medical system that often managed to make things worse) stemming from an accident.

During my year as writer-in-residence at the University of Alberta (2007-8), we hung out a couple of times, and he even participated in a reading through my Edmonton reading series, The Factory (West) Reading Series. He was gruff, grumpy and engaged, and even startled that anyone wished to speak to him about writing, having been dismissed enough times that he’d begun to expect it. During our first coffee afternoon at The Garneau Pub [see the post I wrote after we hung out here], he complained of being kicked out of the English Department at the University of Alberta during his student days. When I pointed out that, since I was picking up the tab, technically that same department was buying his coffee, he lightened, and laughed. We’d kept in touch pretty regularly since, trading emails and a variety of links, and he was kind enough to review a number of above/ground press items, as well as conduct the occasional interview for ottawater (including one he did with Christine McNair)

I shall miss his complaints, criticisms and contributions, all of which were offered with enthusiasm.

He is survived by his son, Devin McCawley

Some further Mark McCawley links worth paying attention to:
http://thetorontoquarterly.blogspot.ca/2012/04/poetry-month-2012-mark-mccawley-heroine.html

rob, Thank you for this. Mark's passing is still a shock to me. He is a real loss for all of us who write and love literature. At a personal level I wonder who I can find that is like him... no, he was unique, the kind of "eccentric" writer that we need more of in Canada. There are no others like Mark.

a much appreciated eulogy for an honest, loyal and truly intensely alive being. was very happy to be able to include his experiences in micro-press publishing in my compendium The Other 23 and a Half Hours (2015).a kin-style spirit who will be thoroughly missed.

Thank you for posting this rob, I didn't know that he was gone. He was one of the most thoughtful respondents to my study on micropresses and I cite him frequently throughout my doctoral dissertation. I'm sad not to be able to carry on that conversation with him; his voice was actually unique in our literary landscape.

Mark and I never met. We corresponded about my short story writing occasionally, though. He was a straightforward, gentle and gracious man in his critiquing. I was very lucky to have Mark as a big fan of my work. He published a prose piece of mine, reviewed my story collection, One Dead Tree, quite favourably, and also stunned me by putting it on his short list of Best of 2014. Thank's Mark. We’ll meet there, I hope.

nice. thanx. i'm about to post a eulogy of mark on Sensitive Skin.

Thanks for this - I wasn't aware that Mark was gone. I'll always be grateful to him for publishing the chapbook version of Icemen/Stoneghosts. I believe I only met him in person once; certainly no more than twice. On the occasion I recall, we sat in a cafe on Whyte Ave and discussed the manuscript, among other things. I did more listening than talking, at times finding it a challenge to keep up with him. Later, he told me that although he had decided to be done with chapbook publishing, he took on my collection because I "looked like a guy who needed a break" .... RIP, Mark.