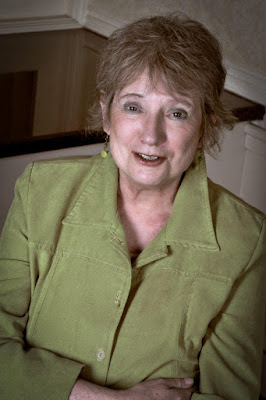 Born and raised in Edmonton, Alberta, Myrna Kostash is a fulltime writer, author of All of Baba’s Children (1978); Long Way From Home: The Story of the Sixties Generation in Canada (1980); No Kidding: Inside the World of Teenage Girls (1987); Bloodlines: A Journey Into Eastern Europe (1993); The Doomed Bridegroom: A Memoir (1997); The Next Canada: Looking for the Future Nation (2000); Reading the River: A Traveller’s Companion to the North Saskatchewan River (2005). The Frog Lake Reader (2009). Prodigal Daughter: A Journey into Byzantium (2010), and The Seven Oaks Reader (2016).

She is at work on The Ghost Notebooks, a public family history and memoir.

Her literary nonfiction, which has appeared in Geist, Prairie Fire, Grain, Brick and Literary Review of Canada, has been widely anthologized.

In 2008 the Writers Guild of Alberta presented Kostash with the Golden Pen Award for lifetime achievement. In 2009 Kostash was inducted into the City of Edmonton’s Cultural Hall of Fame. In 2010, the Writers Trust of Canada named Kostash recipient of the Matt Cohen Award for a Life of Writing.

Kostash is a member of The Writers’ Union ofCanada, Writers’ Guild of Alberta (and a founding member), the Creative Nonfiction Collective (co-founder), and the Alberta Playwrights’ Network. She has served as Chair of TWUC, president of the WGA and president of CNFC. She is a Fellow of the Royal Canadian Geographic Society, is a member of the parish of St Elia Ukrainian Orthodox Church and is a volunteer barista at The Carrot community arts café.

She was writer-in-residence at the University of Alberta during the 2003-4 academic year.

Q: When you began your residency, you’d been publishing books for nearly three decades. Where did you feel you were in your writing? What did the opportunity mean to you?

A: I came to the U of A residency straight from a residency at the Saskatoon public library. In Saskatoon, I had begun writing the book, Prodigal Daughter: A Journey to Byzantium, that had already taken a couple of years of research and travel and would not be published until 2010. So these back-to-back residencies were enormously helpful in my staying the course with the book, not to mention providing me a stable income for two whole years. I was also pleased that the U of A had chosen a home-grown writer and a nonfiction writer to boot for the 2003-04 residency. I enjoyed having a regular office routine on campus, which gave me the opportunity to use the library and participate in campus events surrounded by students. (I live on the north side of the North Saskatchewan River and normally consider downtown the real Edmonton.) As for my visitors, my recollection is that overwhelmingly they came from off-campus. I was invited to a few creative writing classes where I had the chance to hold forth at some length about my genre, creative nonfiction, but I don’t recall being approached by the writing students in my capacity as writer-in-res. On the other hand, I have vivid memories of some of the other visitors, notably the poet Pierrette Requier who was wrestling with material about her homeplace in francophone Peace River country; and the late Mowat McIlwraith with his stories about growing up on Frog Lake First Nation, which led me to another literary project that would obsess me, the story of what happened at Frog Lake on April 2, 1885. I did a CBC radio documentary, a book and a play inspired by the events known as the Frog Lake Massacre. And became friends with Mowat’s daughter, the poet Naomi McIlwraith.

Q: Given the fact that you did two residencies back-to-back, how did they compare? What did one allow or provide that the other didn’t?

A: In Saskatoon I worked from a basement office ​ ​with evening hours a couple of times a week to accommodate people who work during the day. This tells you one thing already: a library residency has a civic function that a campus residency ​does not necessarily aspire to. For one thing the campus and the English department are places you have to find your way to – the U of Alberta campus is chock-a-block with buildings and not easy to find your way around - unlike a downtown library as in Saskatoon which is very accessible by public transit and everybody knows where it is. This civic function was brought home sharply to me when library support workers went on strike and big chains locked the doors, to the bewilderment and disappointment of the people I saw come up and rattle the doors, their little kids with them. Because I wouldn’t cross the picket line, I arranged meetings with writers in a nearby cafe. Very parisien! That said, the U of A office I worked in was very comfortable, spacious, and just a few steps away from the HUB mall that teemed with students and professors between classes. It was great to be among so many young people in what was, after all, my alma mater.

But the very fact of my residency on a campus meant that I had all kinds of support from the English department’s office staff (this, I understand is no longer the case, for anybody, “thanks” to draconian budget cuts) when I needed some official business looked after. This was also back in the day when any photocopying had to be scrupulously catalogued as to number of copies, and bibliographical details in order to pay Access Copyright fees to the copyright owners. (I don’t remember doing this at the Saskatoon library.) Now, because the U of A has decided not to renew or renegotiate the agreement with Access Copyright “at this time” (September 2015), following on the Harper government’s “updating” of copyright legislation that in effect deprives Canada’s writers among others from income from copyright permissions, I guess that future writers-in-res will not have to account for their photocopying.

In both cases, Saskatoon and Edmonton the residency allowed for generous amounts of time for me to do my own writing. In Edmonton, while still working on Prodigal Daughter, I started work on Reading the River. I was very grateful for the office space to spread research files all around – and for convenient access to the astonishing holdings of the U of A library. They have items (Byzantiniana) I could not find even in the British Library in London. A public library, of course, does not have that specialist breadth or depth of catalogue or staff.