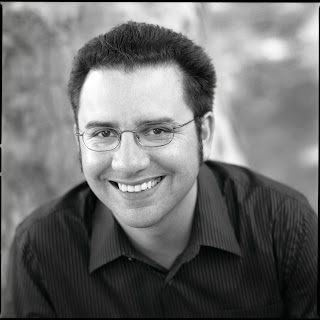 Richard Van Camp is a proud member of the Dogrib (Tlicho) Nation from Fort Smith, Northwest Territories. He is the author of two children’s books with the Cree artist George Littlechild: A Man Called Raven and What’s the Most Beautiful Thing You Know About Horses? He has published a novel, The Lesser Blessed, which is now a feature film with First Generation Films; his collections of short fiction include Angel Wing Splash Pattern, The Moon of Letting Go and Other Stories, Godless but Loyal to Heaven and Night Moves. He is the author of three baby books: Welcome Song for Baby: A Lullaby for Newborns; Nighty Night: A Bedtime Song for Babies and Little You (now translated into Cree, Dene and South Slavey!), and he has two comic books out with the Healthy Aboriginal Network: Kiss Me Deadly and Path of the Warrior. His graphic novel, Three Feathers, is about restorative justice; his new novel, Whistle, is about mental health and asking for forgiveness and his graphic novel, The Blue Raven, is about mental health. His latest graphic novel is A Blanket of Butterflies and it’s about peacemaking where a grandmother is the hero of the story. Cinematic adaptations of his work include “Mohawk Midnight Runners”, by Zoe Hopkins based on Richard’s short story, “Dogrib Midnight Runners” from The Moon of Letting Go and “Hickey Gone Wrong”, based on his comic book by Chris Auchter.

He was writer-in-residence at the University of Alberta during the 2011-12 academic year.

A: At the time, I was new to Edmonton and it was my perfect welcome into the rich writing community here in the city. I had the opportunity to work with writers who’d been showing their work to the last dozen U of A Writers in Residence. This is an incredible resource for anyone who is looking for support. I also made friends during this time, one of whom is Leif Gregersen who astonishes me to this day with his dedication to the craft of writing.

I also took the job because I write so early in the morning that my day is basically free and it’s important to get out of the house and out of your head every once in a while.

I’m also mid-career and feel that I’ve been so blessed to work with such fearless publishers, editors and artists that it's time to give back and help nurture artists, the same way I was at the En’owkin Centre, The University of Victoria and UBC, where I received my Master’s Degree in Creative Writing.

I love Edmonton and we are so proud to call this city—which is really like a big town to me—our home.

I want to take this opportunity to thank the English Department for all the support they gave me at the time. To have an office with a brand new computer and printer was delicious to my soul! :)

A: At the time, I was working on Godless but Loyal to Heaven, my third short story collection, and my graphic novel, Three Feathers, which are both out now and doing well.

I was just so amazed at all the great writers out there. Edmonton has world class writers and I am so very proud to have been included in the U of A Writer in Residence tradition.

A: I was given a very cool office where students booked their time with me; I also did a few class visits.

We did a screening of our movie Mohawk Midnight Runners when we were there and that was so fantastic.

A: The manuscripts that I was working on then are all now out or are coming out: Whistle, The Blue Raven, Wheetago War, Three Feathers, A Blanket of Butterflies and Night Moves, my new collection.

I would love to come back as Writer in Residence. Grant MacEwan has so much going for it and I love the energy there.