As the family announced on Friday, Ottawa-area poet of Vancouver’s infamous TISH era, retired organic farmer and Carleton University English Professor Bob Hogg died “surrounded by family at the Ottawa General Hospital” on Sunday, November 13 after a further and extended bout of cancer. Echoing Cameron Anstee’s own wonderfully-elegant reminiscence, Bob was generous, kind and quiet, although a particular kind of self-effacement that often managed to get him and his work overlooked, and not taken nearly as seriously as it should have been. His was an unassuming kind of intensity, standing aside or even within with his usual quiet yet chipper glum demeanor. Following school-stints in Vancouver and Buffalo, the Edmonton-born and BC-interior raised Bob landed in Ottawa (soon picking up farmland an hour south, near Mountain) in the late 1960s for a job at Carleton University, and helped quietly shape more than a couple of generations of poets and thinkers around town, whether from inside or beyond the boundaries of his classroom.

I met Bob during my final year of high school in May 1989, attending his week-long poetry mini course at Carleton University. I don’t remember a single other attendee during that week (did any of the rest of them go on to do any other writing/publishing?), but Bob had us writing poems, and introduced us to the work of multiple Canadian poets. He showed us a video of Earle Birney’s infamous poem “David,” and had us all purchase a copy of Gary Geddes’ anthology 15 Canadian Poets x2 (Oxford University Press, 1988), a book I carried around like a bible for at least a decade (my copy is now in fairly rough shape, but includes numerous signatures). In hindsight, I’m frustrated he didn’t speak to (or even acknowledge) his own writing career, allowing us that knowledge, at least, that he could speak to the experience of writing from the inside, instead of purely speaking of and around the work of others. I do recall, at least, Rob Manery (one of his students at the time) coming in and talking about small publishing (others of his students during that period included Louis Cabri and Christian Bök). Was Manery the one, during that particular class, who introduced me to The Carleton Literary Review? Bob was encouraging of our attempts, but mainly left us to our own devices; spending his time offering us different examples of how it was done, as well as time for us to go off to write on our own (numerous of us would choose to write down by the banks of the Rideau River). It would be a couple of years wandering through Ottawa literary circles before I even knew that Bob wrote poems himself, with the publication of what would be his final trade collection before he died, There Is No Falling (ECW Press, 1993). I think I might even have attended the launch of that, possibly even via The TREE Reading Series, just shy of my tenure as co-director. When Rob Manery and I founded the WHIPlash poetry festival in 1996 (I would organize two further annual fests solo before it fell apart), I began to solicit new work from him for a chapbook, a question that became, gently, repeated over the years. It would be sixteen years before he would offer me anything. He was caught up in farming, and the literary life, it would seem, had been temporarily set aside.

I remember a post-reading drink somewhere in the 1990s or even beyond at The Manx Pub with Bob, following a George Bowering reading somewhere: George waving his arms and yelling, “Twenty bucks says my buddy Bob can take anyone here.” Bob smiling, head down, both chuffed and embarrassed. My buddy Bob. He was around, but not that often, until he suddenly was. Having retired early from Carleton to focus on organic farming, his presence in Ottawa literary circles dwindled for a stretch, until he began to wind down the business, and then it almost appeared he had exploded and was immediately everywhere simultaneously, with a flurry of chapbooks and poems online, whether directly posted to facebook or in journals online and print. He returned full-force. Why hadn’t anyone published a selected poems of Robert Hogg? It is one of my frustrations of having shuttered Chaudiere Books when we did: Bob was long overdue a selected poems, something that would provide both a context and an acknowledgement of his published work-do-date (something I said moons back, for The Capilano Review), even before the realization that, according to his lengthy bio, he was actively working on at least a half-dozen full-length collections over the past few years. He was around, and I managed to produce three chapbooks by him in total (including a second, which was simply an updated “one more poem” of the first one); he read as part of The Peter F. Yacht Club Christmas/holiday gatherings, including in 2019, or last year’s online version (catch his video as part of such here). He even has further poems forthcoming in an upcoming issue of Touch the Donkey. 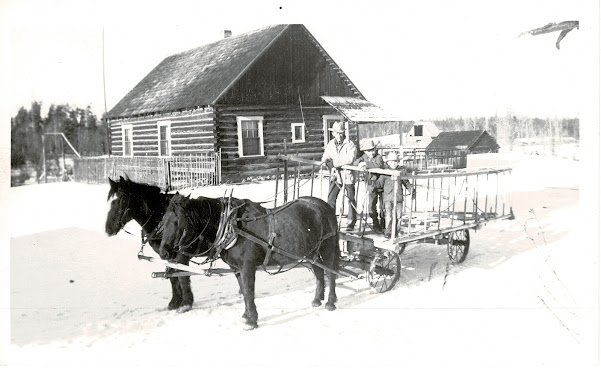 Not that long ago, I attempted to write a bit of an overview of his recent work via a review of his Apt. 9 Press chapbook, seeing the shifts in his writing since his “re-emergence,” watching as he deliberately worked and re-worked poems finished and half-finished from his own archive. Part of what made these experiments interesting was through the way in which his poems moved through prior stories and structures, but wasn’t a poetry stuck in the past: it was a poetics that strived to move ever forward. His work was attempting to push ahead as best as possible, but with a foundation he’d long-established as a young writer, influenced by the likes of Robert Duncan and Edward Dorn, almost in a way that set aside other explorations via structures influenced by numerous of his contemporaries. The work since There Is No Falling attempted a structure set simultaneously in an immediate present and that distant past, working to tether the two points across such thin, unbreakable lines of staggered lyric.

The last time I saw Bob in person was at a book launch this past summer for Michael Blouin, held at a brew-pub I hadn’t been aware of, within walking distance of our wee house. He’d had another surgery, and his throat sounded rough, but he was in good spirits. As I went to leave, the bartender told me he’d paid for my drink. When I sent Bob an email to thank him, we realized that the bartender had simply conflated “Bob” and “rob” in their tabs. I didn’t mean to buy you a drink! he wrote. Unbeknownst to Bob, I’d been working on the Report from the Hogg Society festschrift for a few months, attempting to cohere a series of loose threads. He sent along an email on Wednesday, November 9th that he was heading home for the sake of palliative care the following day, asking me to let everyone know that he couldn’t make it out on Saturday to the ottawa small press book fair. It would be the following day when Theresa Smalec sent out a group email to inform us that we should be sending Bob emails immediately, offering our support and good wishes. If you’ve anything to say to him, now’s the time. By Friday, I had a nearly-complete draft of the festschrift, which I sent along as a pdf (normally the subjects are completely unaware of the publications until finished copies land on their doorsteps), to which he responded, by Saturday afternoon: “Oh, how glorious to see this at such a time.  Thanks and of course for so much support over the years!  Looking forward to it!” I mailed them off by Wednesday as an overnight, but he’d already passed.

I shall miss his quiet and even uncertain certainty, his measure of anxious and uncomfortable calm, always there until he isn’t, and now no longer, perhaps having already taken everything in.

To further your reading of Bob’s work, I’d recommend the lengthy interview we did for Touch the Donkey, the “Six Questions” interview we did, or the even lengthier interview Ken Norris conducted with him for periodicities: a journal of poetry and poetics. He had a lot going on, and I’m gratified, at least, that he supposedly has three full-length volumes forthcoming: one from Chax Press, and two further from Ekstasis Editions. I just hope someone takes up the work of attempting to see where some of those other poems might land.

Thank you for writing this. My dad was a good man.

Rob, you may have some knowledge of how much professor Hogg, as I always addressed him, even when he said “Warren I’m not your professor any longer, you can calm me Bob”, meant to me. This has been a difficult past few months as some that have been in our spheres of influence, friendship, etc.. have left the mortal plain of the living. His passing, although aware of his cancer, still hit like a punch to the chest by a heavyweight boxing champion.

His passing & that of Clare Latremouille have hit hard & deep. My eyes are defective, they keep leaking these past two weeks.

I’m not very good with grief. Anyhow, I’d like to state for the record, I care deeply for you Rob McLennan, as well as many of our common friends. Much love and care to you, Christine, your children and those you hold dear.