I left the willow   So-So wrote under

start with a tree   end with a hat

bored by lightning
I watch fireflies   & am tipsy   as a boatman 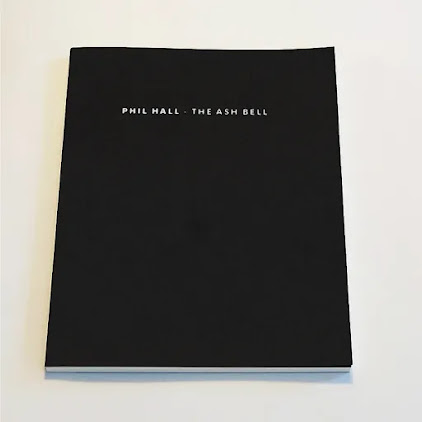 The latest from Ontario gothic and Perth-based poet and editor Phil Hall is The Ash Bell (Toronto ON: Beautiful Outlaw Press, 2022), a sequence of thirty numbered and extended meditations/poem-essays in a lyric structure as much adapted by him as established. Collected and compiled by innumerable fragments of conversation, reading, recollection and meditation, Hall’s lyric always gives the impression of being constantly in flux: reworked, rearranged and repurposed. Over the past twenty or so years, Hall’s collage-poems have become increasingly carefully and thoughtfully stitched-together, providing a casual, almost “aw, shucks” manner to an intricately-precise poetic and purposeful lyric. “A boy is peeing,” he writes, as part of “18 Verulam Revisited,” referencing the sequence that originally appeared as above/ground press chapbook, later part of his award-winning Killdeer (Toronto ON: BookThug, 2011) [see my review of such here], “in a woodshed // & staring at a doe’s tongue    as it drips blood / she hangs    by her hind hooves    from the roof // her tail open    to write    north of anecdote [.]” Anyone familiar with Hall’s prior work will not only recognize familiar subjects in his work, but certain elements of call-back, as he thinks through his lyric across childhood abuse, Emily Carr’s artwork, conversations with Robert Kroetsch, parenting, correspondences, Charles Olson, the Rideau Canal Museum, photography, local history, memorials and multiple other threads. His lyric seems unique, in part, through the sheer amount of simultaneous conversations with other writers, artists and works that his poem-essays engage with, many of which are conversations that have been going on in his work for years.

The late Saskatchewan poet John Newlove once wrote that “the arrangement / is all,” a mantra that perfectly summed-up his own brand of meticulous placement, whereas Hall’s precision appears deliberately nebulous: a poem and a book arriving at a particular point through particular means, one that might even shift through the process of reading. It is one thing to build a strong foundation, but another thing entirely to construct one that holds together just as well, with an innate refusal to remain static. Across one hundred and forty pages of lyric heft, Hall’s The Ash Bell weaves in and through his reading, stories, interactions and queries, opening up a wide expanse of possibilities, seeking, at times, every direction simultaneously. “I am    gerund    at the lake    out the bathroom window,” he writes, to open “11 An Egregore,” “or I am   gerund   Kroetsch   at random   from Advice to My Friends [.]” Or, as a further part of the same poem offers: