Brenda Hillman, In a Few Minutes Before Later

you wake with nano-minutes of stress built up overnight—
offshore breezes,   fear of fires—

Women had experimented for centuries with too much cortisol—
so, what to do now,   since doing was the problem—   It was just 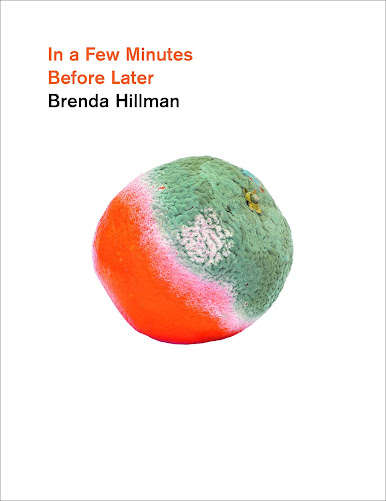 California poet, editor, teacher and activist Brenda Hillman’s eleventh full-length poetry title, In a Few Minutes Before Later (Middletown CT: Wesleyan University Press, 2022) [see my review of Pieces of Air in the Epic (Wesleyan, 2005) and Practical Water (Wesleyan, 2009) here], a title, as she offers to open her dedication, that was “composed between 2016 & 2021, half before & half during the pandemic.” Sitting at two full pages, her point-form extended list of dedications includes numerous individuals, creatures, geographies, punctuation and ideas, and even a list of numbers; how many books, let alone poetry books, include dedications to lists of numbers or punctuation? Set in six numbered sections—“In Landscapes of Stress & Beauty,” “Activism & Poetry—Some Brief Reports,” “There Are Many Women to Cherish,” “For Writers Who Are Having Trouble,” “The Sickness & the World Soul” and “In a Few Minutes Before Later”—Hillman furthers her exploration through a poetic of lived action, offering up a lyric that contends with and articulates her activism on numerous fronts, comparable to similar works by Vancouver poets Stephen Collis and Christine Leclerc, or Oglala Lakota poet Layli Long Soldier. “Days are unusual.” she offers to open the first poem in the collection, “Micro-minutes on / Your Way to Work,” “The owl sends / out 5 zeroes from the pines / plus one small silver nothing.” As has been the case through her books for some time, Hillman’s lyrics are large in scope, and reminiscent, slightly, of the experimental lyric heft and lightnessess contained in the later works of the late poet CD Wright [see my review of her final collection here], offering poems that skim, stretch and turn, all while managing to lift the lyric well beyond its earthly bounds. Even her use of punctuation, offering sequences of commas, pushing beyond not only the visual element of text on the page but the actual fact of punctuating, holding, halting. Pop pop pop pop. One can’t help but be affected by the placement of text upon the physical page.

i saw the clouds go by in used lab coats.
i heard the neighbor looking for her cat.
The hour is come, the prophet wrote
The squirrel  has no apocalypse,   & shakes
a gravid branch—consciousness in high places… (“[in the split gardens   irrational hope]”)

She writes interruptions, activism and “minutes of visible and invisible existence,” tackling a world-view of a sequence of space both intimate and deeply personal. She wants to live, after all, and she wants you to be able to live as well, offering notebook scraps layered across and below ecological concerns and public declarations. “The future was handsome before the power went out,” opens the poem “Poem Before the Power Went Out,” “She wrote to say he was being nice [.]” Hillman’s poems always provide the sense of something detailed, shaped; a layering of perfect detail, through an ease of line that flows as easily as song. “Poets are often tired,” she writes, as part of the poem “Among Some Anapests / at Civic Center.” Later in the same poem, offering: “A terrible beauty is dead / & the sun was tender upon us // We don’t think the hitting will work / A defensive time is made // A poem is not a protest / Subject to history’s impress [.]”