My mother’s play is co-written with two of her best friends. Each woman plays a fictionalized version of herself, stalking the stage in red lipstick and a black cocktail dress. Sometimes they speak all in one voice like a Greek chorus; other times, they split apart to deliver individual monologues.
Each of the three characters has recently ended a significant relationship—with a boyfriend, a live-in partner and a husband, respectively. My mother plays an anxious, obsessive, organized single mother who’s in the middle of divorcing the father of her child. The thesis of the show is that with time, even the worst parts of your life can become just a story. All you have to do is tell it again and again. 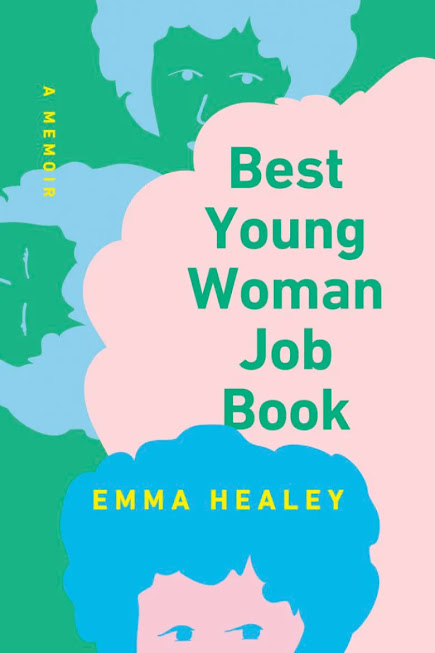 I’m very charmed and delighted by Toronto poet and critic Emma Healey’s latest, Best Young Woman Job Book: A Memoir (Toronto ON: Random House Canada, 2022), a particular kind of coming-of-age storytelling that is vibrant, evocative in detail and rich in propulsive storytelling. Healey is the author of two poetry collections—Begin with the End in Mind (ARP Books, 2012) and stereoblind (Toronto ON: Anansi, 2018) [see my review of such here]—and her shift from prose poem into memoir displays a clear sense of narrative and music throughout her sentences. There is a funny, witty wealth of description to her prose, as she writes of being the daughter of two playwrights, and being raised by her single mother, who both wrote plays and acted throughout her childhood. There is something fascinating about the ways in which Healey writes of her experiences around language, performance and writing through these connections, and Healey is a natural storyteller, as she tells a variety of stories that a number of literary folk might catch echoes of, but told in a way to leave out certain kinds of specifics (names, locations). It is as though to become specific would take away from the purpose of the stories herself: to articulate those experiences and how she moved through them. She writes of family, worthwhile and terrible jobs (including in publishing) and relationships, including a toxic and even abusive relationship or two, and how these affected her, and what she may have garnered from each of them, as well as what she might, in the end, have been left with. These are the facts that exist behind the text, and the focus of her narrative is far more on a young woman navigating the world, showing elements of fearlessness, apathy, empathy, depression, youthful carelessness and a slow, continuous push to move forward and beyond all the chaos into the positive. Honestly, this is a delightful read by a seriously talented writer; I can’t really say anything else beyond that.