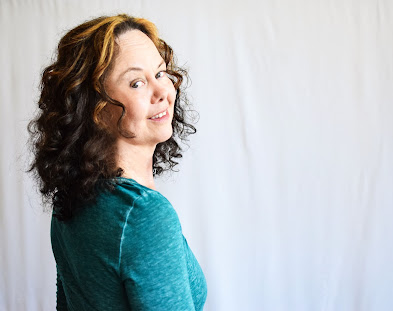 Madeline Sonik is a multi-genre writer and anthologist. Her latest book of fiction, Fontainebleau, is a linked story collection. Her latest nonfiction book, Queasy, recently appeared with Anvil Press.

I guess that the publication of my first book gave me the confidence to attempt a second. I recall being very self-conscious with the first book. It’s difficult for me to put myself out there and I worried a lot about how the work would be received. It was a fiction collection, Drying the Bones, and it surprised me that many people believed the stories to be autobiographical. I was equally surprised that my first non-fiction book, Afflictions & Departures, was thought, by some, to be fictitious. I think that I’m much less self-conscious about my work now. Also, I’ve come to realize that readers will find their own meaning in a work and that once something is written, if you want an easy life, you just need to let it go.

In my early teens, I attempted to write satirical autobiography.  This was followed by attempts to write science fiction and children’s literature. Poetry followed, but more as an exercise. I would say that the first early writing I did, my juvenilia, happened as a kind of catharsis. There was so much I needed to express, and none of it was allowed. Writing gave me a space where I could express my grief and air my grievances and didn’t get in trouble for it.

I write very slowly, but the work does come out of copious notes. Usually, the notes are factual: for example, I might look into the life cycle of an insect to get a good metaphor, or for authenticity, details of the taste and texture of a particular sort of apple. Usually, my first draft is close to the final. I’d say that on average, I do about three drafts—and with the final two there’s a lot of tinkering rather than composing.

A poem or work of prose usually begins for me with an image or a memory that I want to explore. I have written shorter pieces that have ended up being larger book projects, but also, I’ve started projects that I know will be books.

I don’t think readings help my creative process directly. They might help in the sense that I feel such relief and so relaxed when they’re over that I’m able to access my inner world faster. It’s kind of like having your oxygen cut off—when you’re able to gulp that air again, it’s an explosive experience.

When I’m writing, the questions present themselves. I don’t try to answer them so much as amplify them. They are, for the most part, open-ended questions with no specific concise answer. For example, in one of the pieces in my current collection, Queasy, I found the writing directing me to explore the relationship my mother had with her half-brother. As I wrote and researched, I became more and more aware of how different they both were, and how both, separated by a generation, seemed to be products of the times they were born into. This might seem like a rather banal theoretical revelation, but for me, seeing how it impacted my mother and her half-sibling was quite astounding. Further, it made me realize that I too have been born into a specific time that influences the way I think, feel, act, and write.

I think different writers have different roles, though I don’t think writers are particularly conscious of what they do in terms of collective impact.  For example, some preserve the status quo, while others disrupt it. Some support collective values while others point out the limitations of these. Sometimes they do both together. I don’t think it’s for writers to say what their role should be. One writes what one must and tries as best they can to prepare themselves for the praise or punishment or plain indifference that follows.

It’s hard to decide what’s the best piece of advice I’ve heard, but I’ll share with you something that has been very helpful to me recently both in my writing and in my life. This comes from an interesting little book, 365 Tao: Daily Meditations by Deng Ming-Dao:

“In order to solve problems, it is helpful to first understand whether they are puzzle, obstacle, or entanglement. A puzzle need only be analyzed carefully: It is like unraveling a ball of yarn and requires patience more than anything else. An obstacle must be overcome: We must use force and perseverance to either destroy or move away from what is blocking us. An entanglement mires us in a maze of limitations: This most dangerous of situations requires that we use all our resources to extricate ourselves as quickly as possible.”

10 - How easy has it been for you to move between genres (poetry to short stories to the novel to essays to memoir)? What do you see as the appeal?

I try to follow my energy, and this makes it easy to be fluid. However, it also means that I have many unfinished works in progress, as the flow of energy might change before I’ve completed something. I have works from two decades ago that are still in need of completion. This used to bother me a lot, but as I’ve gotten older, I’ve learned to trust the process more and more. Sometimes the passage of time and the perspective that it gives is essential for moving forward. I’ll give you a good example. When I was in my late twenties, I began writing a novel in which one of the primary characters was a woman in her fifties. As I recently revisited the work, I realized that I could now write this character with more authenticity instead of relying on stereotypic ideas about what a fifty-year-old woman might be like.

When I’m settled, I’ll write every day, beginning in the morning. At some point, I’ll usually go for a bike ride or go to the gym to clear my head. I’ll write again in the evening until I can’t discern what it is I’m writing, or in some cases, when I fall asleep at the keyboard. However, when I’m not settled, I find it very difficult to keep to a writing routine at all.

I usually get away from the writing if it’s not going well. I’ve found doing something physically active can usually help.

I’m not sure which place I’d call home, but there are fragrances that remind me of my childhood, like newly mown grass and the smell of dusty humid air before a thunderstorm.

I think that everything you mention can inspire writing. I’d add to this intense childhood memories and images as well as the personal stories of friends and relatives.

I’m an extremely eclectic reader, but I mostly read works in genres that I’m currently writing. For example, Annie Dillard’s nonfiction works were important when I first began writing nonfiction. Toni Morrison, Barbara Gowdy, and Gabriel García Márquez have been important writers for me at different times, as have been Kelly Link, George Saunders, and Shirley Jackson. When I was working on Queasy, I read a lot of history and biography. I read, for example, Margaret Thatcher’s books (something I never would have read if I hadn’t been trying to get a political perspective of the 1970s in England). I read works like A Very English Scandal by John Preston and Anger Is an Energy by John Lydon as well. Being particularly interested in Jungian psychology, I have read a great deal in this field too. In fiction and in nonfiction, I find it helps me know the characters I write about better.

I’d like to renounce the world and live in bliss as a hermit on a mountain top, never having to deal with income tax again… but that’s not going to happen any time soon.

I think it I hadn’t put my energy into writing, I might not have survived. My alternate occupation would have to be psychotherapist.

I wrote because, metaphorically, my tongue had been ripped out of my head and my mouth sealed. Writing seemed the most expedient and safe way to express myself. This, I believe, turned me into a writer.

I’ve just completed a collection of Weird Tale, and I’m currently working on a nonfiction book about family and genetics.

Posted by rob mclennan at 8:31 AM
Labels: 12 or 20 questions, Anvil Press, Madeline Sonik