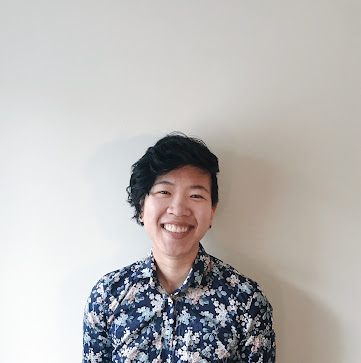 Grace Lau is a Hong-Kong-born, Chinese-Canadian settler living in Ontario on the traditional and Treaty territory of the Anishinabek people, now known as the Chippewa Tri-Council comprised of Beausoleil First Nation, Rama First Nation, and the Georgina Island First Nation. Her debut collection of poetry, The Language We Were Never Taught to Speak, is published by Guernica Editions. Her work can be found in Grain Magazine, Contemporary Verse 2, Frontier Poetry, Arc Poetry, and elsewhere. Find her on Twitter at @thrillandgrace.

It confirmed to me that I could do this whole poetry thing. I know that you don’t need to publish a book to call yourself a poet, but when I held that book in my hands for the first time, my first thought was probably something like “okay, it’s not just me and I’m not trippin here… this is real.”

My more recent poems have changed so much from when I drafted the beginnings of my debut! I think there were two main reasons… I was in a very inward-looking and memory-obsessed place at the time, for one.

And looking back on those poems now, I think I also expected a lot more out of poetry, perhaps unfairly. As a new-ish poet, I was finding my footing still and trying to strike that balance between creating good poems and communicating all the feelings pent up inside me that growing up I could never really express, whether it was about injustice in my community or just, you know, human anger and pain. Poems can absolutely be a vehicle for all of that, but to expect that out of poetry, to the degree that I might have, was asking a lot.

I still demand a lot out of my poems now, but it’s in a different way—now all I ask of them is to be the best poems they can be.

2 - How did you come to poetry first, as opposed to, say, fiction or nonfiction?

I read a lot growing up. Fiction just came easily to me, as I think it does for most kids who like reading. My mom took me to the Fraserview Public Library in Vancouver every weekend when I was a kid and that was probably the favourite part of my weekends.

I’d always bring a huge stack of books home (judging most books by their covers)—Goosebumps, Encyclopedia Brown, those series were some of my best friends growing up. The funny thing was I also loved those Eyewitness hardcover books about how things were made and interesting facts about different topics, so I’d say both fiction and non-fiction were easy sells for me, right off the bat!

Poetry, on the other hand, was something that was imposed by school at first. I studied Shakespeare and Pope and Milton in high school English, but I was just “meh” on everything. (If the poem rhymed, there was a higher chance that I liked it…)

I can never really tell. Sometimes, I get a burst of inspiration or a really cool concept, and the poem will come together in an hour or two. Other times, it’s like pulling teeth (and takes twice as long).

First drafts sometimes look close to their final shape. I haven’t played too much with form until recently, so I usually stick to the same few basic forms… But I do tend to write copious notes and rough drafts. My refining process for poetry is basically to hand-write and rewrite the draft with small changes incrementally—I don’t know why, but that process helps me think through the edits! Recently, I’ve been more experimental and the form of some of those poems have changed drastically from the initial drafts, unrecognizable, almost.

Most of my poems begin with a seedling of a thought or idea. Not even half-baked. (Quarter-baked?) I’ve only written one book so far, and I didn’t write all those poems with the goal of turning them into a book—I think at some point I realized that I had enough poems for a manuscript, and only then did the book really come together!

I’d say it’s a part of my creative process. When I write, it’s very solitary and the words live almost exclusively within me.

But when I do readings, I feel like I’m releasing them, hopefully into the hearts of other people. The poems that have felt most “complete” to me tend to be the ones that I enjoy reading aloud to people, and that elicit some kind of feeling from them. It makes me feel like I’ve seen their “true selves,” on the page, and also beyond it.

Readings give me lots of anxiety. I’m very envious of slam poets who could just walk up to the mic and recite from memory without a hitch—I don’t know if I’d ever be able to do that. But even so, I think that ultimately my enjoyment of public readings wins out by a hair. Let’s just say it’s 45% anxiety and 55% joy.

This is one of those times where I wish I did an MFA or did a few courses there. Apart from reading other poets, my entanglements with theory are pretty, well, non-existent.

When it comes to questions, my work has a (I think) pretty narrow scope of inquisitiveness. The themes/subjects may vary quite a bit (basketball, hip hop, food) but in the end, it seems I’m looking for the same thing the next person is. Trying to figure out what love is. What belonging means. To find a place and a home in the world.

A few years ago, I would’ve probably answered with some variation of “to be a mirror for society.” But who’s to say? Some writers may believe it’s their role to entertain—and they may be damn good at it.

Some writers may believe they don’t have a role at all, that they can write purely for the fun and fulfilment of it, and that should be enough. For me, writers can have responsibility if they wish to take that on, but I don’t think that every writer and every person who’s interested in writing should focus too much on the role. It’s a lot of pressure. I’m probably projecting. Haha.

Essential. For me it hasn’t been difficult, maybe because I’ve had the good fortune of working with great editors, but having an outside perspective is very helpful. You don’t have to, and shouldn’t, always take an editor’s advice, but when you’re so close to the work, as poets often are, it’s easy to miss things. The editor’s there to make sure you don’t.

Done is better than perfect—not to say quality isn’t important. This is purely referring to the whole fear of the blank page / procrastination thing.

10 - How easy has it been for you to move between genres (poetry to reviews)? What do you see as the appeal?

Pretty easy, because it’s a different goal in mind and a different process for me. I’ve found it healthy to write different things. Not only does it keep me from getting bored, but switching from poetry to reviews also gives me an excuse and extra push to make time to read other people’s work and to do it at a deeper, more analytical level—which then provides inspiration and makes me a better writer…

Which then allows me to read and analyze work in even more diverse ways and maybe even pick up on things that 2015-Grace probably wouldn’t have noticed. It’s a virtuous cycle.

I don’t have one! When I have the time (usually on the weekends), I’ll pick up my pen and notebook, and start writing. My only routine is that I write with pen and paper.

Either taking a walk, or my bookshelves. 100% success rate so far.

Yes! Music, but that might be cheating because I listen to a lot of hip hop that is essentially poetry. Ever since I started reading more Mary Oliver a few years ago, I’ve also been more influenced by nature and the environment around me. I used to do a lot of photography, and it’s really helped train my attention and discover that not all poetry lives in letters and words.

I’ve found that reading outside of poetry has been very enjoyable, and helps “reset” my writing brain. Recently, I’ve been reading and enjoying a lot of sci-fi lately, and I actually read my first Stephen King novel a few days ago. (I can’t believe it either.)

I’d be a gardener—or be in a band.

I’ve always felt compelled to write. Even when I first came to Canada and was still learning English, I always found the act of writing soothing and exhilarating. It might be the closest thing to a calling I’ll ever experience.

Last book that I couldn’t put down: Salem’s Lot. Last great movie I watched: Mulholland Drive. I’m very late to the show on both of these, I know.

Nothing in particular… And I’m loving it.

Posted by rob mclennan at 8:31 AM
Labels: 12 or 20 questions, Grace Lau, Guernica Editions