Every morning we set up the cameras. Every morning in dark with the birdsong and buzzsaw we wake and are not paid enough to build things. Still, we climb and daylight climbs with us, falls even over everything, the grid, the girls inside, the snarl of sky, a way to measure time that pulls it always faster through you. Power lies in definitions—melting loneliness to aspiration, mystery to physics. There’s the ice that holds the dark that slides rocks boiling underneath the sidewalk, nights you wake up pinned in place and chocked with want you don’t have words for, spheres that move and sing like honey, right above us and below. These things are real. We see them on the surface, step and shine and build new monuments upon them daily, paid in talking about thinking about seeing, climbing down to check the cameras. Not enough. It hurts and is a privilege to know the world for what it truly is, to dream in sharp relief and wake to darkness, light with all the proof we have to carry on our own.

Toronto poet Emma Healey’s second full-length poetry collection, after Begin with the End in Mind (Arp Books, 2012), is stereoblind (Toronto ON: Anansi, 2018), an accumulation of prose poems “about the differences / between things, how they disappear.” Deftly moving in and out of focus, Healey’s poems are present, mutable and grounded, while still able to simply float off into the ether. There exist the most curious threads throughout this collection, from the poem “N12” that includes “I’m trying so hard to write a poem about the differences / between things, how they disappear. It’s my only job and / I’m failing.” To the poem “HERE AND NOW,” that includes:

The last time I wrote poems I was still in school. When someone told me I was good at something I would do it more. I called my book Begin with the End in Mind, which is a piece of good advice I stole from someone else’s book, a spell about the present with the past and future in it. While I was writing it, someone told me that just because I knew people would like something was not reason enough to write it, and I felt seen for weeks. A curse about the future with the past and present in it. 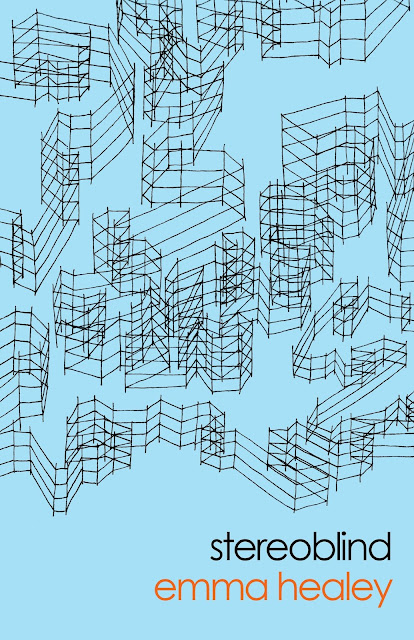 The first line of the subsequent stanza of the same poem, also, that reads: “My friend is writing a poem about repetition, routine.” The repetitions and the linkages abound, each time providing a new jumping off point into a further direction. I find the prose of Healey’s lines rather curious, how she manages to write both direct and indirect, dodging the easy path by writing what appear to be rather straight lines, and is reminiscent, somewhat, of recent works by Toronto poet Sennah Yee and New York poet Dorothea Lasky for their similar abilities to write directly askance via the lyric sentence. The narrator moves through the world with both a suspicion and an uncertainty, exploring facts for their undersides, unable to completely trust what she can see, hear or touch, or even her own memory. There is something dreamlike in Healey’s poems, allowing a kind of magical element to her narratives which equally fuels and comforts the narrator’s ongoing anxieties, such as the poem “IMPOSSIBLE COLOUR,” that includes:

When I climbed into the car, the driver told me he’d just seen a coyote run across the road. Have you noticed all the coyotes? he said. They’re everywhere. With one hand, he gestured toward the empty street in front of us, invoking an endless tangle of empty streets that lay further beyond. Just yesterday, he told me, he’d seen one sitting on the corner, waiting for a stoplight to turn green. Yeah, I said, what’s up with that? But the truth was, I knew what he meant. The city was changing. Even the sky seemed new.

The poem “N12” exists an extended lyric sequence that sits squarely in the middle of the collection, stitching and securing the entirety of the book together, managing to become the book’s foundation, akin to a title poem with a different title. And when she writes this in the midst of the poem, I believe her: “I want to lay my life out in clean lines, to show you how good I am at leaving nothing undone, touching right wire to right wire, lighting it up. a solved equation with my self erased completely. I want to deliver the answer to me across time and come out lighter. But every time I write, it sounds like wringing apology from my own throat.”

Posted by rob mclennan at 8:31 AM
Labels: Anansi, Emma Healey