How entirely apt
to the punchline—

who, on a lark,
erases the set-up,

the frame
husked down

to its pit.
The impulse

of this place
to exsanguinate

the trick—its own
dehydrated self—

could not contribute more
to hilarity. See,

how the impulse
execrates itself

in order
to give pleasure.

The poet, writing, tries on the persona of the perpetrator. She imagines the way that she has always been marked as appropriate for her: its demarcations of kind and cruel, assailant and victim, male and female. She scuffs hard at the boundaries, smudging, then defacing them.

She is scared of the poems she writes, hides them.

But some appropriations threaten to become subjugations. She stops fearing the ugliness and fights its power over her. She looks for language, as arch and lyric as it can or wants to be, that remodels presence, gender, the incursion of one being into another. Transformation is, by its very nature, an unsafe process.

The poet finds the book that engendered her inquiry on the floor of a closet, throws it away. The book insists that it has solved the mystery, as though insistence itself were a solution. History looks askance from fact. Appropriation and persona try on possibility as certainty. Transformation is no solution at all. 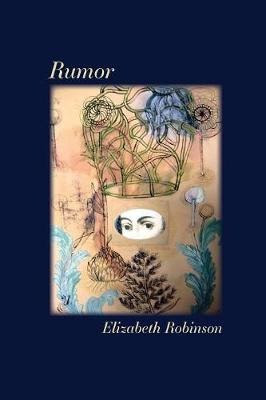 I’m intrigued by the halting rhythms of the short lines she’s working with, existing as measured breaths, composing extended staccato meditations reminiscent of similar structures prevalent throughout works by Rae Armantrout and Nelson Ball. There is an enormous amount of information packed into these poems, writing out some hefty elements with an incredibly light touch. Listen, for example, to the opening stanza of “Alternate Account,” that reads: “I should explain / in the gothic decorum / of truth that I am / no different than I have / been, but remain troubled / in the dissonance of the pronoun.”

There is a violence in these poems that is being discussed, and processed, albeit in indirect terms; perhaps the only way to approach such violence head-on is askance. As she writes in the poem “Orrery”: “Knows that pain is a form of vast distance.” Robinson’s meditations on the effects of violence, as well as the very admission of same, is striking, concurrently direct and indirect, composing a series of poems that have incredible power that doesn’t allow itself to overwhelm, and a terrible beauty that doesn’t allow itself to distract from its subject. As she writes to open the poem “Explanation,” towards the end of the collection: “Some idealized violence / does let off fumes which // the speaker of this moment / breathed in.”