Roxanna Bennett, The Untranslatable I

Is Anne Carson autistic or am I
projecting understanding & if you
find that offensive—why? Did you think
sanism was the only narrative. Or did you think
to think. To think is overrated, or am I
overthinking again? Ask the vegetables
in the salt mine, E. razes some prospects
in this prospectus. Protect us from formulas
1 to 10. Protect us from counting cards again.
Don’t ask us to count you among us, nothing
about us without us. Synchronous or schizoaffective
depends on your affect. Are you pretty,
are you smiling? Translate: go quietly
or we’ll replace you with a replica skeleton. 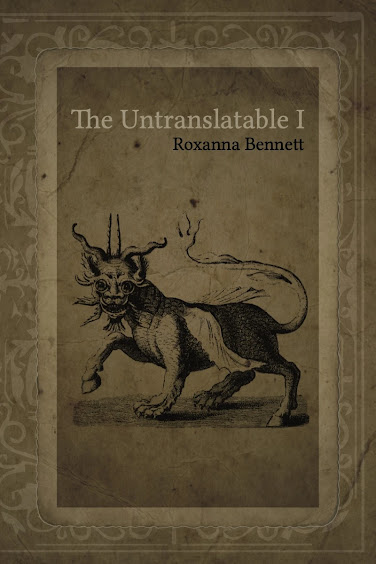 Roxanna Bennett’s third full-length poetry title, after The Uncertainty Principle (Toronto ON: Tightrope Books, 2014) and unmeaningable (Guelph ON: Gordon Hill Press, 2019), is The Untranslatable I (Gordon Hill Press, 2021), a further exploration of what has been dubbed “disability poetics,” writing both the visible and the invisible. Across forty-three first-person lyric narrative poems, Bennett writes a suite of prefixed titles, repeating prefixes such as “Travel Diary,” “Purplefish Key,” “CBT Worksheet,” “Postcard from the Bottle City of Kandor,” “Gratitude Journal” and “Babelfish Key,” referencing the fictional fish one puts in their ears to simultaneously translate spoken language as it moves through the ear, from Douglas Adams’ infamous The Hitchhiker’s Guide to the Galaxy. Bennett writes around and across explorations of the untranslatable self, exploring what Virginia poet Susannah Nevison describes as well, in a quote included at the opening of the collection: “Explaining disability is like speaking two languages, and it is it the disabled person who is required to translate for the able-bodied world.” In the poem “Babelfish Key: Stairs & Whispers,” as Bennett writes: “Can we make peace / of the many pieces a cracked keepsake makes // or keep making the same mistakes uncaring / whose being we break, identity not their commodity / but a story rewritten continuously, no body embodies // meaning more than another one?”

Through pop culture references, and navigating the difficulties of what so many take for granted, Bennett utilizes a tightness of line and form to articulate what might otherwise be impossible, and I am curious to see what becomes of their essays-in-progress, referenced as part of a recent interview conducted via The League of Canadian Poets. As they write to open the poem “Travel Diary: So Long, & Thanks for all the Fish,” “‘I’m disabled’ I blurt when Steve’s long-lost / fancy BBC cousin asks what I do for a living, / gulping wine to drown the silence, // intimidated by class signifiers, / lost, clinging to conventional island, / safety of shared fandom, The Hitchhiker’s / Guide to the Galaxy instructs Don’t Panic / but I am Marvin, brain the size of a planet / on fire with self-hatred. Or I’m Arthur Dent, // adrift in a hospital gown, ever alien, / never at home in this unsound skin.”